Google is launching a new feature for realtime insights into actors and the TV shows and films they are in, using a combination of facial recognition and Google’s Knowledge Graph.

The new feature is included in the Google Play Movies & TV app, and will show info cards providing facts related to actors and movies being watched on an Android tablet. Reported in Mashable, to access the info cards, users pause what they are watching and they will appear. Once the movie resumes, they disappear.

Presumably, it is the facial recognition that identifies actors and Google’s knowledge graph that fills the info cards. The Knowledge graph is a knowledge base used to enhance search results with semantic-search information. 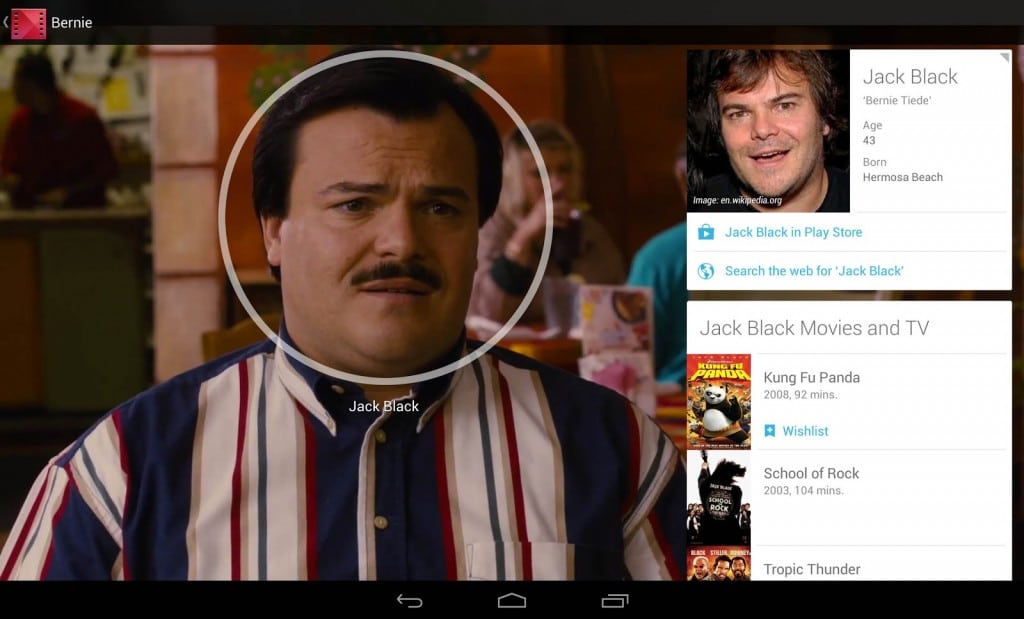 According to a blog post by Google Play product manager Ben Serridge on the official Android blog, this new feature is offered for hundreds of movies in Google Play, and more are added each day. So far, this feature is only available to Android users in the United States running Android 4.0 or higher on a tablet.

Reported previously in BiometricUpdate.com, Apple filed a patent for a system which could prove to be similar. In December, Apple filed the patent – dubbed “Auto-recognition for noteworthy objects” – which appeared to tag celebrities, landmarks and famous objects.

According to our report on the patent filing, this patent also includes the ability to group together multiple faceprints using metadata along with a reliability score. This could supposedly help to identify faces as they age, as well as in the case of famous people (or actors) provide a visual retrospective.