A Raytheon network security engineer has been awarded a patent for a computer mouse equipped with biometric pressure sensors that is able to authenticate a user’s identity, according to a report by Digital Trends.

Filed by Glenn Kaufman, patent No. 8,762,734 is for a smart gun-inspired biometric pressure grip that can be integrated into different parts of a computer mouse to track a user’s biometrics in the form of a pressure reading. 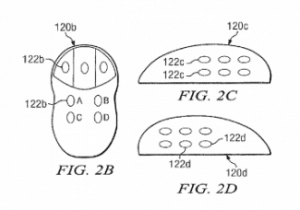 The neurological pattern taken from an individual’s exact grip of the mouse is a stronger alternative to other biometric identification methods, said Kaufman.

“It’s not just how much pressure you exert on the mouse itself, but it’s also the x-y coordinates of your position,” Kaufman told Computerworld.

Based on the results of various trial tests, Kaufman concluded that the mouse had a failure rate of one in 10,000, which is comparable to the failure rate of pressure-sensitive gun grips.

But despite the patent, Kaufman said that the pressure-sensitive mouse is not intended to serve as a replacement for other user authentication forms, nor does Raytheon have any plans to mass produce the product.

In addition to a computer mouse, the pressure sensor can also be used in joysticks, palm pad controllers, remote controls and touchscreens, according to the patent.