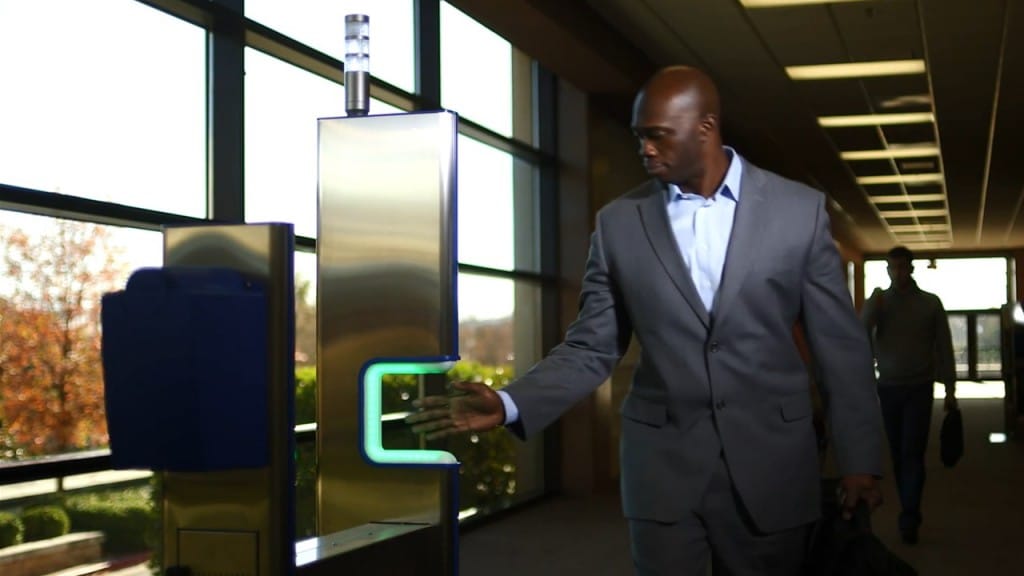 Advanced Optical Systems, Inc. announced that the US Federal Bureau of Investigation recently added ANDI OTG, a zero-contact “On The Go” fingerprint recognition system that instantly captures four fingerprints from users as they walk past the device, to the agency’s Certified Product List (CPL). This is the first non-contact fingerprint system to be certified by the FBI.

ANDI OTG is often used in pairs to capture all eight fingerprints from individuals at a rate as high as 54 people per minute.

The certification, which has become a coveted de facto standard for the fingerprint biometrics industry, validates the quality of the fingerprint images collected by ANDI OTG.

Non-contact fingerprinting has several benefits, such as offering a faster, more sanitary interaction, as well as having fewer security problems associated with contact devices due to the lack of latent prints.

Additionally, the non-contact nature of the collection also allows fingerprinting of the 5-10% of the population that cannot be fingerprinted with legacy contact devices.

AOS said it continues to work closely with the FBI, NIST and members of state and local law enforcement to ensure that ANDI OTG can eventually be used for high speed enrollment into the CJIS database.

“We’re just thrilled to be the first through the process,” said Dr. Keith Farr, president at AOS. “Being first definitely isn’t easy, but the cooperative effort from our engineers and scientists and the team at the FBI produced a model for testing non-contact devices that we’re very proud of. We have an unbelievable collection of talented individuals who have work incredibly hard to make ANDI OTG one of the highest quality fingerprint systems in the world.”