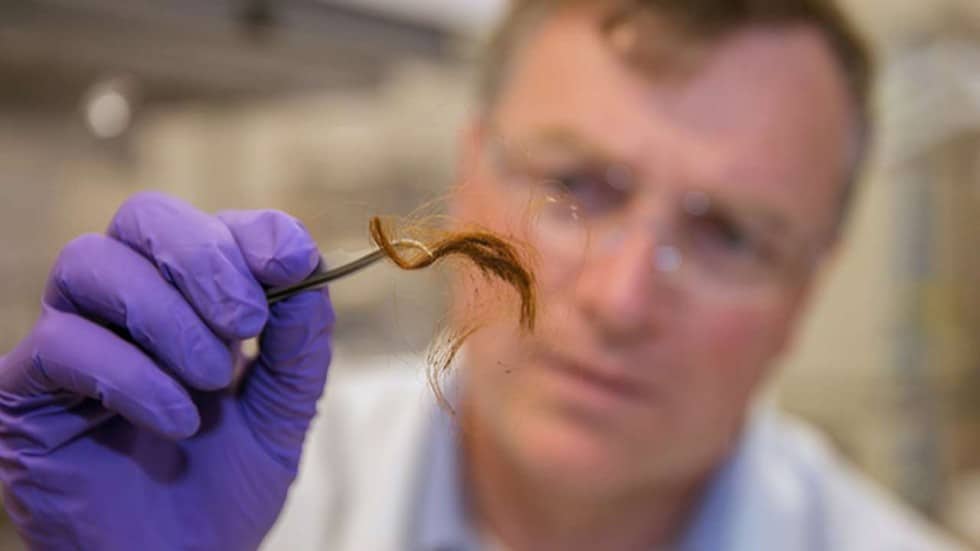 Fingerprints, voice recognition, DNA, and iris scanning are well established as effective methods of accurate identification, but hair protein may be the next frontier for biometrics. Scientific research website PLOS One recently published the article “Demonstration of Protein-Based Human Identification Using the Hair Shaft Proteome,” which gives an indication of the potential for hair protein as a biometric authenticator.

Researchers analyzed hair samples from 76 people, and found 185 distinct amino acid patterns. Based on these patterns they were able to correctly identify 98.3 percent of subjects, with a chance of false positive just under 2 percent. Hair protein tests are able to distinguish one person out of 100,000, the study shows, around ten times as many as tests on mitochondrial DNA from hair.

Hair protein also breaks down and becomes unreliable for authentication much more slowly than DNA, as researchers were able to identify “genetically variant peptides” from six archaeological skeletal remains up to 250 years old. The challenges of identification with DNA from hair samples came to a head when the FBI admitted in 2015 that testimony about forensic evidence was flawed in hundreds of cases.

The study concludes that with additional research and improved testing methods, protein comparisons could compliment, or potentially even be used in place of forensic identification through DNA.

Parker Proteomics LLC owns a patent based on the concept and some of the data presented in the study.

DNA analysis has become so inexpensive that some law enforcement organizations at the local level in the US have been independently amassing databases of individuals, according to a recent ProPublica article.