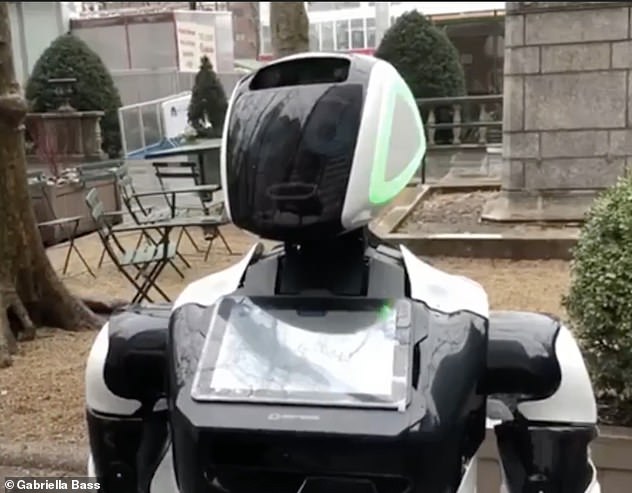 A robotic car with 5G networking and biometric facial recognition capabilities has been deployed by the Beijing Institute of Technology to monitor its campus to enable a remote operator to make deliveries or screen people for fever, VentureBeat reports.

The robot, built by Cool High Technology as part of its KuGaea Kun series, has a compartment for packages, telecommunications equipment, or audio-visual gear, according to the report. In delivery mode, it grants access to one of four locked doors mounted on its side for people to retrieve their packages. It also features a swivelling top-mounted camera to identify pedestrians with facial biometrics and scan their temperature.

A large integrated display enables security guards to perform in-person checks, or guards can monitor a feed from the camera at a remote office through a 5G connection.

A self-driving version of the robot has been approved for the Baidu Apollo autonomous open vehicle platform, which allows it to be tested on the more than 300 miles of roads for testing self-driving systems in Beijing.

Promobot, which earned some attention in February for deploying robots to the streets of New York City to survey passersby about COVID-19 symptoms, has designed a robot with facial recognition to screen people’s temperature for building access control, Business Insider writes. NYC kicked the robot out of Bryant Park for operating without a permit.

The company is touting its “Thermocontrol” feature as a way to prevent the spread of the virus, removing the need for temperature checks and access control processes to be performed by a person in close proximity.

The Promotobot V.4, to which the feature is added, performs facial biometric checks to recognize frequent visitors, and provides temperature reading information on a table-style screen on the robot’s chest, as well as transmitting the information to staff. A medical assessment version of the robot can also make recommendations to the person scanned.