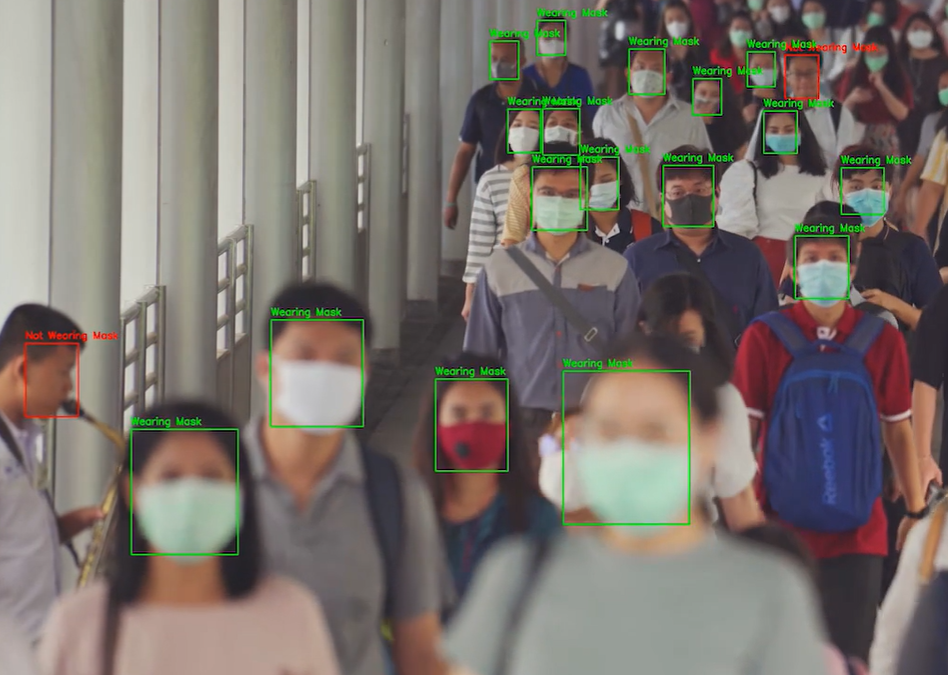 Paravision’s biometric facial recognition has been found to have the second-best accuracy for identifying people with masks among algorithms tested by the U.S. National Institute of Standards and Technology (NIST) in a Face Recognition Vendor Test (FRVT) with error rates below three percent when the subject’s nose and mouth are covered.

All the tested algorithms were developed before the COVID-19 pandemic made mask use ubiquitous around the world.

Deep Glint finished first across all nine facial-occlusion categories, but Paravision took second in each, and was within 0.5 percent of the lead. The leaderboard is dominated by Chinese and Russian companies, and Paravision ranked first among those from the U.S., UK, Europe and Japan by what it calls “a substantial margin.”

False non-match rates (FNMR) for coverings worn slightly below the nose with Paravision’s algorithm were 1.24 percent to 1.35 percent, at a false match rate (FMR) of 0.0001 percent. With the subject’s nose covered, FNMR ranged from 1.81 percent to 3.27 percent at the same FMR. Light blue full-width face masks resulted in an FNMR of 2.81 percent.

NIST tested 89 algorithms for the effectiveness at identifying people wearing masks, and found that the best ones had error rates of between 5 and 50 percent.

Since the pandemic outbreak, Paravision has also developed algorithms for mask and social distancing detection.

“So many aspects of NIST FRVT provide value and insight to Paravision and the rest of the industry,” states Paravision Chief Product Officer Joey Pritikin. “While we’re always thrilled to perform well, evaluations that assess performance in the toughest situations—like heavy angles or with face masks—are the most exciting to us, as they support what we consistently find in the field: We shine in challenging, real-world conditions.”

Paravision says it has been ranked number three in 1:N identification in previous NIST FRVT results, and is the top provider from the U.S., UK and Europe for both 1:1 verification and 1:N matches.