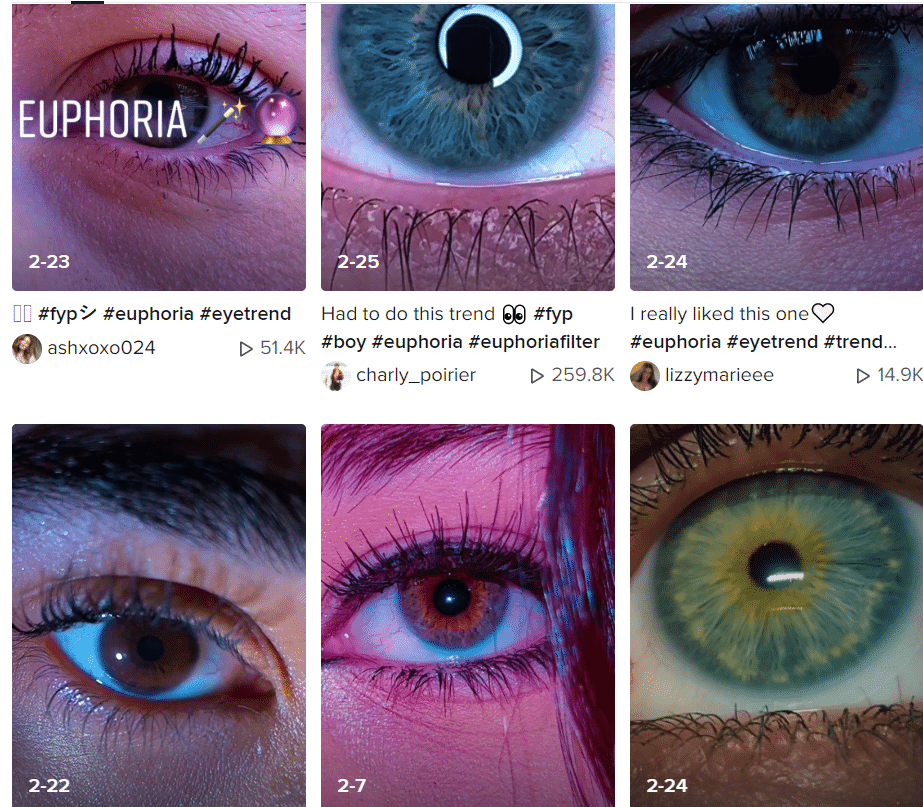 The ACLU is warning that a TikTok trend tied to Euphoria, a controversial teen drama on cable TV is unsafe.

More than 700,000 videos of iris closeups have been posted to TikTok, a development reportedly linked to an episode of the show. A large majority of the images are from females, most of whom are young.

Of course, the danger is that irises are biometric identifiers.

As they become more common in identity verification, people who have posted closeups (anywhere, not just TikTok), these posters will be unable to submit their irises when required or will find themselves victims of ID fraud.

And it is not just irises on a screen, the American Civil Liberties Union points out. Hardware and software exist to verify a person from 40 feet away using their irises.

Likewise, fingerprints and finger geometries are being minutely analyzed from images scraped from online photos, according to the civil rights advocacy group.

The ACLU notes that users and publications have been rebuffed when asking TikTok executives if they have a business partner who profits from trafficking in iris scans. The same reportedly is true when asking if the company itself, which is owned by China-based ByteDance, is gathering the biometrics.

At this point, TikTok officials probably consider the effort to defend the company against allegations of biometric data privacy abuse a cost of doing business. Particularly having updated the platforms terms of service to explicitly state that it “may collect biometric identifiers and biometric information.”

This post was updated at 1:07pm Eastern on April 15, 2022 to clarify that TikTok users and media publications, rather than the ACLU, had sought comment from TikTok.