ID4Africa appoints Ambassadors from 29 countries for 2018 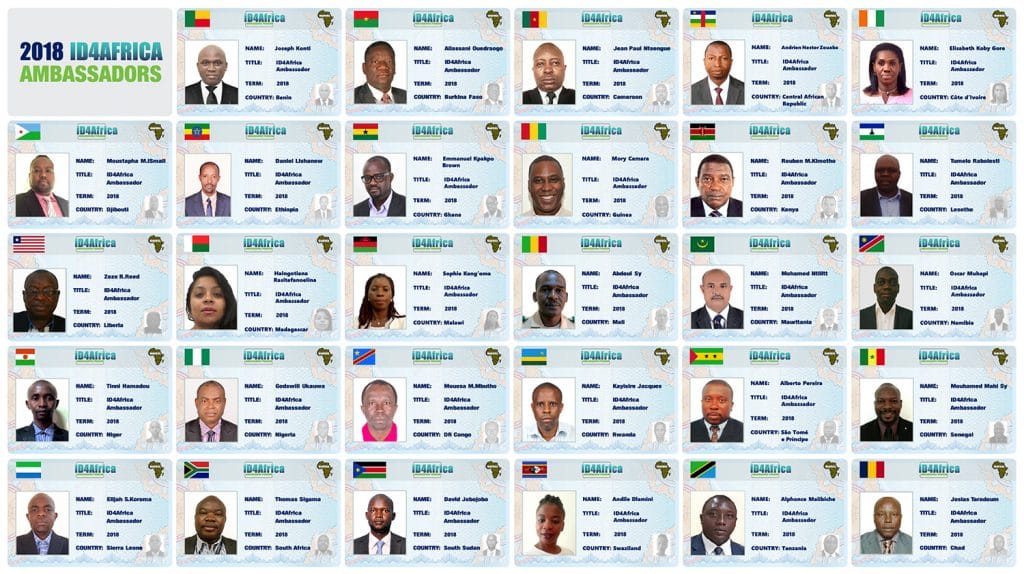 ID4Africa has announced the appointment of Ambassadors from 29 countries for 2018.

The 2018 Ambassadors represent an increase of seven over 2017, and their countries make up more than 75 percent of sub-Saharan Africa by population, according to the announcement. The Ambassadors are senior-level government officials with well-defined missions to promote and manage legal identity in their countries.

ID4Africa is billed as a grass-roots, multi-stakeholder movement in support of the effective and responsible adoption of digital identity systems throughout Africa to empower citizens and facilitate governance, democracy, and the provision of services.

ID4Africa Executive Chairman, Dr. Joseph J. Atick said: “The Ambassadors Program is a platform for empowering African Civil servants to influence and advance the identity agenda in Africa. The Ambassadors play an integral role in influencing the direction of the ID4Africa Movement, keeping us informed at a granular level on issues that are pertinent to our constituent countries. They ensure that their countries’ issues and concerns are part of the collective agenda of the Movement and that their countries are well represented in their delegations to the ID4Africa Annual Meeting.” He added, “Over the years, the level of seniority of the Ambassadors has risen, which is a testament to the importance the member countries are attaching to their participation in the Movement.”

Ambassadors serve one-year terms, renewable for up to four years. There are 14 returning Ambassadors from 2017. Countries with Ambassadors appointed for the first time include Benin, Central African Republic, Guinée, and Tanzania.

The 2018 ID4Africa Ambassadors are:

Allassani Ouedraogo, Director of the Cabinet of the Ministry of Economic Development for Burkina Faso

Andrien Nestor Zouaka, Expert in Charge of the Administration, Ministry of Interior and public security for the Central African Republic

Mory Camara, Director General, National Agency for eGovernment and IT (ANGEIE) for Guinée

Haingotiana Rasitefanoelina, Civil Administrator, Permanent Secretary of the CNC-CRVS, Ministry of the Interior and Decentralization for Madagascar

Biometric Update is the “Official Journalist” for ID4Africa 2018, which will take place from April 24 to 26, in Abuja, Nigeria.

As previously reported, ID4Africa joined the Secure Identity Alliance as an Advisory Observer in November.