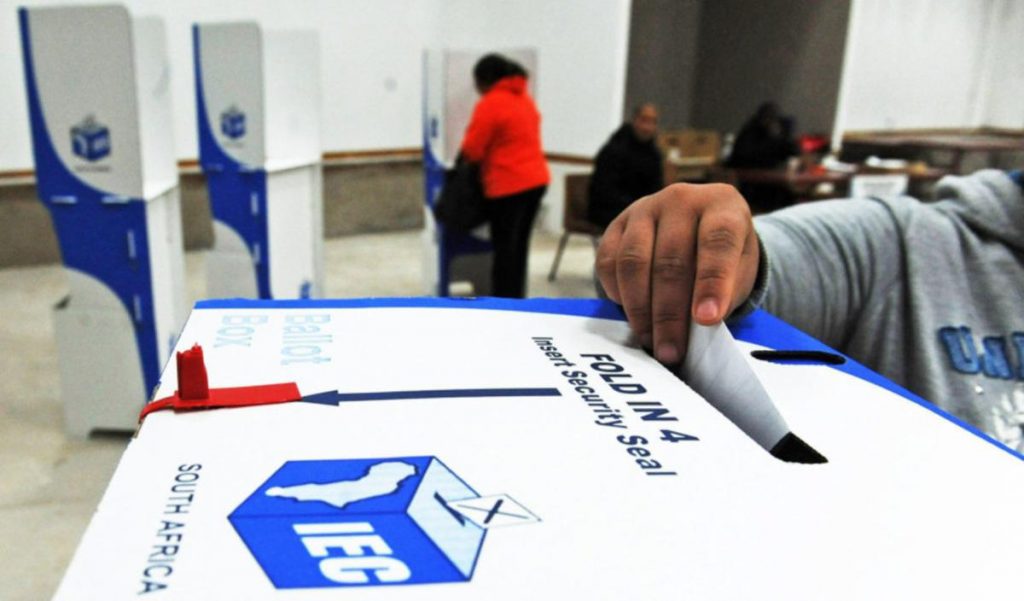 This is a guest post by Tshepo Magoma, a Yoti Digital Identity Fellow.

The COVID-19 pandemic prompted citizens to worry about whether it is worth leaving their homes for many activities. Significant numbers of individuals are changing quickly through sectors, as the planet remains in the grasp of the global pandemic. E-voting can substitute the voting system in persons if voters are in danger of COVID-19 vulnerability. While the vast majority would win, provisions will continue to be in place for those who cannot cast an e-vote. Of course, most people choose a safe and modern form of voting, which ensures that the exclusivity of the paper ballot is possibly close. This is a significant function for digital identities. In providing registration, user verification and authentication, digital identity technologies can play a necessary role, providing all the main measures to ensure a secure and correct voting number.

For instance, in South Africa, the public comment on the Electoral Law Amendment Bill, the South African Parliament has commissioned the Electoral Commission of South Africa (IEC) to weigh in the possibilities of conducting the 2021 Local government elections online.  The implementation of e-voting is another of the issues put forth. The proposed change to the Electoral Legislation is now under review by the Portfolio Commission. Civil and democratic society are worried regarding Clauses 14 and 21, where the IEC wants to confer this essential authority.

“South Africa’s way of voting since 1994 has always been conducted using a Secret vote cast in a sealed ballot box, and this has been widely criticised for election fraud and rigging over several years. This voting applies to voters by entering under section 38 of the Election Act 73 (1998), which controls national and provincial elections. A further subsection of the Electoral Act, which grants the IEC authority “to prescribing a particular form of voting,” is found in the Municipal Electoral Act 27 of 2000.

In July, the IEC declared that it proposed making the election method one more seamless than the existing electoral mechanism by electronic voting. The IEC added that e-voting is being studied, but when the trial takes place, there are no terms yet. The Bill notes that the IEC “research” the electronic voting ability. Just like any other new technology adoption e-voting has even been met with several critiques regarding the move to e-voting. Other critiques believe that electronic voting technologies also are likely to undermine the constitutional right to a free and equal election. They think e-voting will be more likely to undermine our democracy and lead to electoral fraud because of the country’s recent exposure to cyber-attacks. Others state that most of the population in South Africa live in the rural areas of the country, and concerns also exist around how the technology will fair among marginalised communities.

Several key concerns have been registered about going to electronic voting. There are also concerns regarding the several recommendations on how much it costs and the sustainability of e-voting. Electronic voting machines require such ‘large initial hardware investments and proprietary software’ that just ‘20-30 years’ and concerns are also on how will the government help spread these costs. It is therefore almost challenging to plan for potentially insecure flaws decades in advance as technology continues to change and develop at a rapid pace.  Public concern exists that a reform in the system of voting prescribed may facilitate electoral fraud. It has also been questioned how electronic votes are to be administered, and some of the possibilities discussed involve the usage of a cell phone number that is reported for an elector and is also a RICA.

For e-voting to be sufficient, it would need to cater for the marginalised communities as well introduce a much stronger root of trust than we have in the existing ballot voting system. Identity verification technologies are widely available on the market today. They use a variety of methods that are much stronger than today’s simple signature match. Biometrics, device reputation, behavioural signals, and other digital identity capabilities offer a much more accurate validation. These digital identity technologies would transparently put every voter through multiple layers of verification.

On a global scale, Estonia leads the way in Europe for parliamentary internet voting, having used it since 2007. Its system is built on top of the national digital identity card, which is used to authenticate voters. The testing of votes today is absolutely outdated. It depends on voting volunteers to compare signatures on ridiculously technical voting cards. With e-voting, Electors can also vote again, although only the final vote cast counts after their original decision. Electronic polling has also been widespread in Estonia. The government estimates that 30% of Estonia’s 1.3 million inhabitants utilise this method.

Electronic voting can probably be divided into a variety of acts to guarantee simultaneous protections and privacy. A consumer should be authenticated firmly, a record of a citizen voting should be held eternally. It should not be associated with in-person voting. The vote of the citizen will have to be stored in another immutable method, such that votes can be counted quickly and never changed or comprised as election rigging is a growing concern all over the world. Digital identities can also facilitate Independent checks and balances which would be essential to detect glitches, hacking and corruption. Voters would know how to make sure the machine does not corrupt, subvert or sacrifice its votes.

Therefore, for e-voting to be conducive and fair, the disadvantaged cannot be left behind when we step into an online future. Instead, it is crucial that we re-establish these identities by ensuring that viable options are accessible to ensure that all perspectives are represented and that the digital divide is not civic. While South Africa’s IEC is looking to adopt new measurements to onboard and adopt e-voting mechanism, digital identity may be a worthwhile answer to South Africa’s new potential path of voting.