A Samsung patent filed with the USPTO and WIPO for a ‘Method for acquiring biometric information and electronic device supporting the same’ was published on October 18, 2018 and spotted by Letsgodigital.

This new technology makes it possible to use the entire display as a fingerprint scanner. The patent describes a Samsung smartphone with two processors. A main processor and a second low-power processor, which will control the biometric sensor, the touch sensor and the lighting sensor. When the phone is locked, the second processor performs all tasks independently, so that the main processor can remain in sleep mode and save on battery use.

As soon as a touch is detected on the screen, the brightness of the display will be increased, after which an accurate fingerprint scan can be made. Three scans will be made which will differ in terms of brightness. The information gathered will be combined for a more reliable authentication. This technique would also make it possible to scan a wet or dirty finger.

For the three scans, the smartphone needs 60 to 90 milliseconds. The processor needs 200 to 300 milliseconds in between to adjust the brightness. 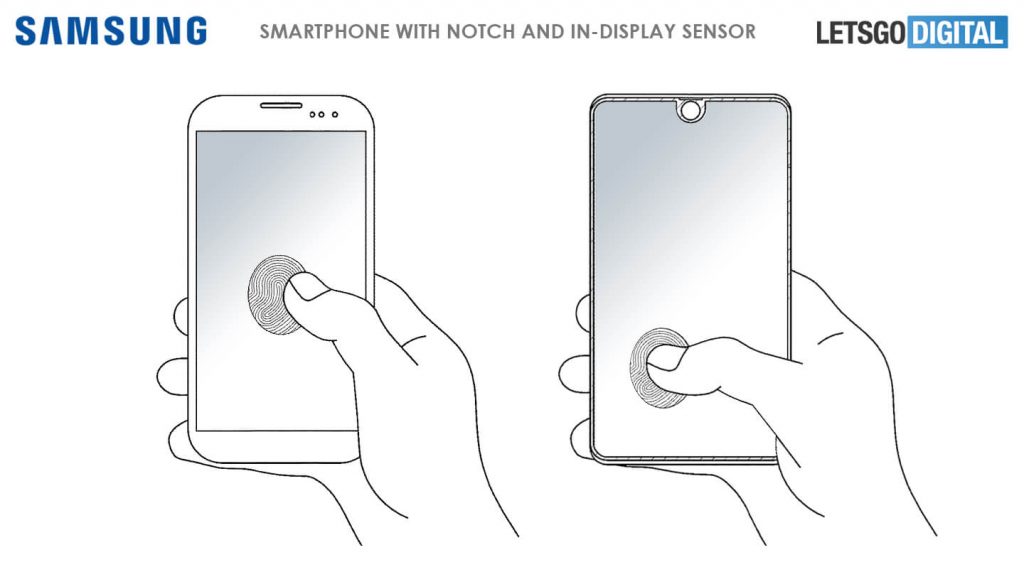 A Samsung patent filed with WIPO for a ‘Biometric sensor and device including the same’ was also published on October 18, 2018 and details the working of an optical in-screen fingerprint scanner.