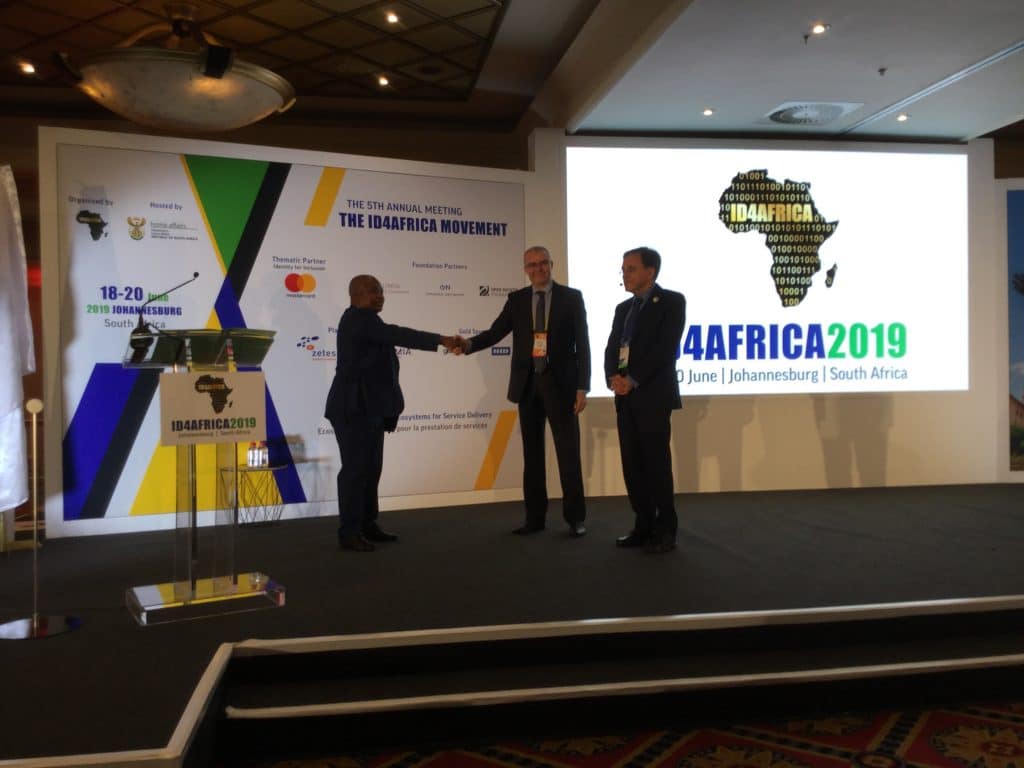 ID4Africa 2020 will be held in Marrakesh, Morocco, under the theme of “Identity 360.” Executive Director Dr. Joseph Atick announced the host country during a plenary session on the third and final day of the movement’s fifth annual meeting in Johannesburg, South Africa.

The sixth annual event will be held June 2 to 4, and be hosted by Morocco’s Ministry of Interior. Omar El Alami, Head of Information Systems for the Strategy Division of the Ministry of Interior of Morocco, accepted the honor and responsibility on behalf of the 2020 host country, shaking hands with South Africa’s ID4Africa Ambassador Thomas Sigama, acting Deputy Director General for the 2019 host country’s Department of Home Affairs.

Government delegates from across the continent, biometrics and other digital identity vendors, international organizations, civil society organizations and international and African businesses are expected to attend the sixth annual meeting of the ID4Africa movement. This follows a year in which African leaders took steps to take charge of the continent’s identity ecosystem, including setting a mandate and choosing executives for the ID4Africa Identity Council, and discussing the formation of a pan-African data protection council.

El Alami thanked 2019 host country South Africa for its hospitality, and recognized ID4Africa’s achievement of bringing together a large and diverse group of stakeholders to engage in productive dialogue, and in particular the work of Executive Chairman Dr. Joseph Atick. He lauded the quality of the panels and interactive sessions, and told the room of delegates that high expectations are being placed on countries across Africa.

“These are expectations of youths aspiring to modern development for economic and social inclusion, which allow improvement of the well-being of the population through the use of information and communication technologies,” El Alami says.

Northern Africa had limited involvement in the ID4Africa movement prior to several countries in the region, including Morocco, engaging significantly with delegations including several high-level government representatives. After being held in Tanzania, Rwanda, Namibia, Nigeria, and now South Africa, the inclusion of countries from the north of the continent and 2020 host role represent a major step forward for ID4Africa.