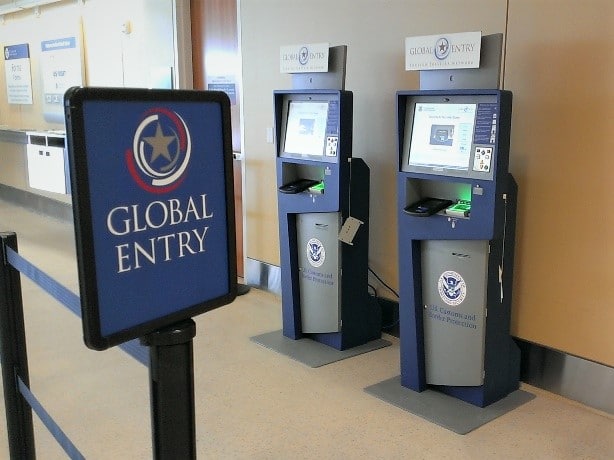 On Monday, New York state Attorney General Letitia James filed a civil Complaint For Declaratory And Injunctive Relief in the United States District Court Southern District Of New York against Wolf and Acting Commissioner Of Customs And Border Protection (CBP) Mark A. Morgan “challeng[ing] the federal government’s unconstitutional and unlawful decision to prohibit New York residents from enrolling or re-enrolling in [DHS’s] Trusted Traveler programs as political retribution for the state’s enactment of legislation that the federal government disfavors.”

“The Trump administration’s new policy not only negatively impacts travelers, workers, commerce, and our economy, but it jeopardizes public safety,” James said, adding, “No one should ever use our nation’s security as a political weapon, let alone the commander in chief.”

The civil suit states, “The creation of ‘a single system for speeding qualified travelers’ was a key recommendation of the National Commission on Terrorist Attacks Upon the United States (the 9/11 Commission),” which “Congress later codified … as a statutory mandate through the Intelligence Reform and Terrorism Prevention Act of 2004, which directed the Department of Homeland Security to ‘establish an international registered traveler program . . . to expedite the screening and processing of international travelers, including United States Citizens and residents, who enter and exit the United States.’”

Consequently, James argues, the “Defendants’ decision to ban all New York residents from enrolling or re-enrolling in the Trusted Traveler programs not only defies this Congressional mandate and disregards the recommendations of the bipartisan 9/11 Commission, but also profoundly jeopardizes public safety for New Yorkers and all travelers. Defendants have intentionally made us less safe.”

Ignoring the security reasons behind DHS’s decision, as explained by Wolf, the legislators scolded Wolf, saying, “You failed to provide any notice to our congressional delegation about your decision. Rather, we learned through reporting that a letter was sent to the New York State Department of Motor Vehicles alerting them of this policy change, which will immediately impact roughly 50,000 to 80,000 New York State residents with applications pending and another 150,000 to 200,000 New York State residents per year, who are trying to renew membership. This is of great concern and unacceptable to many of our constituents.”

The following day, in response to a Tweet by Rice saying, “This ban is completely unacceptable and we demand answers,” Clarke agreed in her own Tweet, reiterating that “this ban is totally unacceptable” and that “we will stay vigilant in our demand for answers.”

DHS’s ban wasn’t necessarily a surprise, however, as New York had been put on notice by DHS more than a year ago that it was not necessarily in compliance with REAL ID, although the state has had its program in place which required residents to obtain the Enhanced or REAL ID-compliant driver’s license by October 1, 2020, to be accepted on a domestic flight. The problem stems from the Driver’s License Access and Privacy Act, known as the “Green Light Law,” that state lawmakers passed which allows undocumented immigrants to obtain driver’s licenses without what DHS sees as inadequate identification and vetting, and not sharing what DHS believes is crucial personally identifiable information – not something that went over well with DHS and other national security authorities.

“Over the years,” Wolf told Schroeder and Egan, “CBP has utilized New York DMV records in several ways to promote national security and to enforce federal customs and immigration laws,” explaining that, “Having access to New York DMV information has enabled CBP to validate that an individual applying for Trusted Traveler Programs (TTP) membership qualifies for low-risk status or meets other program requirements. An individual’s criminal history affects their eligibility for TTP membership.”

“Furthermore, CBP has needed New York DMV records to establish ownership and thus to determine whether a used vehicle is approved for export,” Wolf said.

Wolf was very clear. “The Act prevents DHS from accessing relevant information that only New York DMV maintains, including some aspects of an individual’s criminal history. As such, the Act compromises CBP’s ability to confirm whether an individual applying for TTP membership meets program eligibility requirements. Moreover, the Act delays a used vehicle owner’s ability to obtain CBP authorization for exporting their vehicle.”

ICE has also used DMV records to obtain search warrants. DMV records are also “critical for ICE to identify criminal networks, create new leads for investigation, and compile photographic line-ups,” Wolf continued. “Additionally, during the execution of search and arrest warrants, ICE officers have used DMV information to identify individuals whose criminal history renders them a threat,” but stingingly chastised New York authorities for “prohibit[ing] the sharing of vehicle registration information, including the identity of the person to whom the vehicle is registered, with DHS. That prohibition prevents ICE from running license plate searches, even when ICE is aware that the vehicle’s owner has committed a heinous crime. In short, this Act will impede ICE’s objective of protecting the people of New York from menacing threats to national security and public safety.”

Wolf said because of the legislative action by New York’s lawmakers and the “corresponding lack of security cooperation from the New York DMV,” DHS was left with no choice but “to take immediate action to ensure DHS’s efforts to protect the homeland is not compromised.”

Consequently, he concluded, “DHS will immediately take the following actions:”

• Because the legislation enacted into law by New York prevents DHS from accessing New York DMV records to determine whether a TTP applicant or re-applicant meets program eligibility requirements, New York residents will no longer be eligible to enroll or re-enroll in CBP’s Trusted Traveler Programs; Global Entry, NEXUS, SENTRI, and FAST.
• Because the Act hinders DHS from validating documents used to establish vehicle ownership, the exporting of used vehicles titled and registered in New York will be significantly delayed and could also be costlier.

Wolf said “These actions are the result of an initial assessment conducted by DHS” which “will continue to review Department-wide operations related to New York to assess and mitigate the Act’s adverse impact on national security and law enforcement.”

In the suit filed by James, she notes that the Driver’s License Access and Privacy Act was “based on the legislature’s view that a state resident’s citizenship and immigration status are irrelevant to the decision of whether to issue him or her a driver’s license,” and that “the Green Light Law, similar to laws in many other jurisdictions, instructs New York’s Department of Motor Vehicles to issue driver’s licenses to all eligible state residents without regard to citizenship or immigration status. To ensure that those residents newly eligible for driver’s licenses under the Green Light Law will come forward to apply for them, the law also bars the release of applicants’ personal information to federal immigration authorities except where disclosure is pursuant to a lawful court order or judicial warrant.”

She added though what DHS seems to be at odds with, which is that “The Green Light Law directs New York DMV to issue standard driver’s licenses to all eligible state residents without regard to citizenship or immigration status,” and that “the law expressly states that proof of lawful presence in the U.S. is not required in order to obtain a standard license … and prohibits DMV from inquiring about an applicant’s citizenship or immigration status …”

The suit concedes that the “licensing [of] residents without regard to citizenship or immigration status [is accomplished] by expanding the types of proof of identity and age that New York DMV must accept from standard license applicants. These proofs include various foreign documents, including foreign passports, foreign consular documents, and foreign driver’s licenses,” but that the law “also provides that, in lieu of a social security number, applicants for a standard license may submit an affidavit attesting that they have ‘not been issued a social security number.’”

While sidestepping DHS’s security-based rationale, Rice, Clarke, and the other signatories to their letter to Wolf stated, “New York is the only state in the country that has been singled out for exclusion from these critical programs. Accordingly, our offices have received an influx of questions and concerns from constituents who have pending Global Entry applications or renewals. You have not provided sufficient guidance to our offices on how to handle these cases.”

“For all of these reasons,” the lawmakers stated, “We ask that the Department provide a briefing for our offices on this issue by Thursday, February 13,” and that “you respond in full to the following questions by the same date:

• DHS has asserted that your decision relates to database accessibility issues;
• Have you made attempts to come to an agreement with New York State to gain appropriate access to state DMV records, with proper controls to protect sensitive information? Please provide copies of any agreements between DHS and other states that have driver’s license issuance policies analogous to New York’s;
• Will you be providing refunds to individuals who have pending Global Entry, NEXUS, SENTRI, and FAST applications?
• Applicants for trusted traveler programs already submit personal and biometric information to qualify. How does DHS currently process trusted traveler program applications from individuals who do not have a driver’s license?
• This decision applies not only to new enrollments, but also tore-enrollments in trusted traveler programs. However, individuals re-enrolling already had their information verified using DMV records when they submitted their original applications. Why is DHS not allowing existing trusted travelers to re-enroll?
• If, as DHS claims, it is unable to properly certify residency for the trusted traveler programs it is targeting then why was the Transportation Security Administration [TSA] PreCheck program excluded from this policy change?
• Why has Acting Deputy DHS Secretary Cuccinelli indicated that the TSA PreCheck program could be included in the future?

New York Attorney General Letitia James called DHS’s action “vindictive.” Rice, Clarke, and Ocasio-Cortez claimed Wolf’s justification for DHS’s action was a “pretext. We are concerned that [DHS’s] policy change may be an improper attempt to use official DHS policy to punish the people of New York because their state government has a political disagreement with the Trump administration over immigration policy,” the lawmakers said.

DHS officials stand by the department’s decision based on what they say are legitimate national security concerns, and have yet to comment on the civil suit brought against DHS by the New York Attorney General.

Wolf stated Sunday in a Tweet that DHS’s action “has nothing to do with illegal aliens receiving drivers licenses. New York is the only state to shut off CBP access to DMV records used for law enforcement purposes in our homeland security mission. Without access, CBP cannot vet Trusted Traveler applicants. It’s that simple.”

James admit in the case she’s filed against DHS that, “Each government official seeking to access New York DMV’s information must execute a memorandum of understanding with DMV describing the intended use of any information obtained through searches of DMV’s records,” and that “pursuant to such memoranda of understanding, before the effective date of the Green Light Law, DHS was granted access to DMV’s records.”

But, “On December 14, 2019, as required by the Green Light Law, New York DMV restricted DHS’s access to DMV’s records pursuant to memoranda of understanding that had been in place,” the suit says.

And therein is the rub. It’s DHS – and the administration’s position – that federal law and the attendant security powers it’s been given by Congress trump state, local, and tribal laws and ordinances when it comes to border and immigration enforcement.