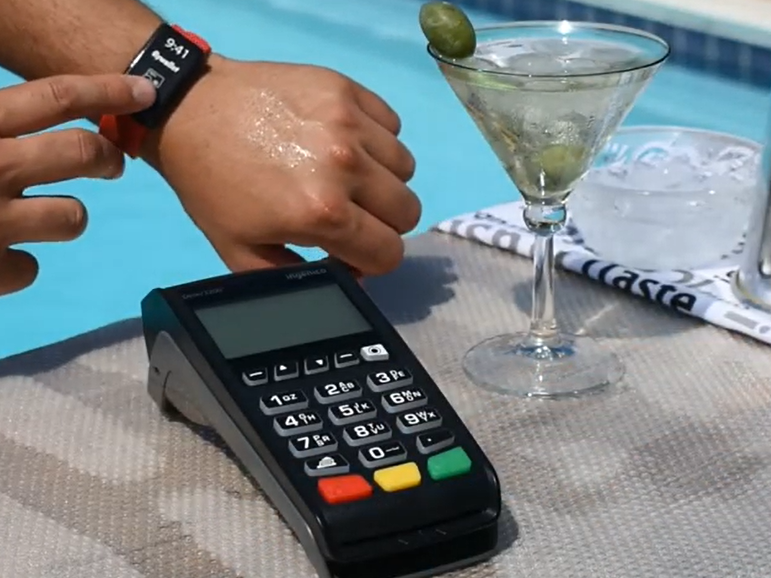 Flywallet has successfully closed a second Seed financing round to bring its ‘biometric wearable platform as a service’ to market, with Global Payment S.p.A., a subsidiary of TAS S.p.A. and therefore cousin to TAS Group, signing a reserved investment agreement for a minority stake.

The amount of funding received was not disclosed.

TAS Group is a multinational payment software provider, with more than 100 million payment cards under the management of its platforms. Flywallet plans to accelerate its go-to-market for its mobile wallet, which it says is the first for tokenizing payment cards on wearables with biometric authentication, through TAS Group’s network. A commercial agreement will also be signed for Global Payment to distribute Flywallet’s wearables and service platform to TAS Group customers.

Flywallet introduced the Keyble, which captures fingerprint and heartbeat biometrics for contactless payments and passwordless authentication, at CES 2021 earlier this year.

“It is an honour for Flywallet to count TAS among its shareholders and partners. Between TAS and Flywallet there is a perfect strategic fit and a total sharing of the company’s core values, including customer centricity and a relentless pursuit of service quality,” says Flywallet Founder and CEO Lorenzo Frollini. “In the medium term, the strategic partnership with TAS will also allow Flywallet to expand its range of services through the opportunities offered by PSD2.”

The company is proposing a ‘biometric wearable platform as a service’ model, in which e-money and payment institutions, banks, insurance companies and other businesses would connect to the platform via APIs to deliver new types of digital services.

Flywallet’s product roadmap also incudes certification of its wearable in early 2022 as a medical device for analysis of cardiac arrhythmias, blood oxygen saturation and body temperature.