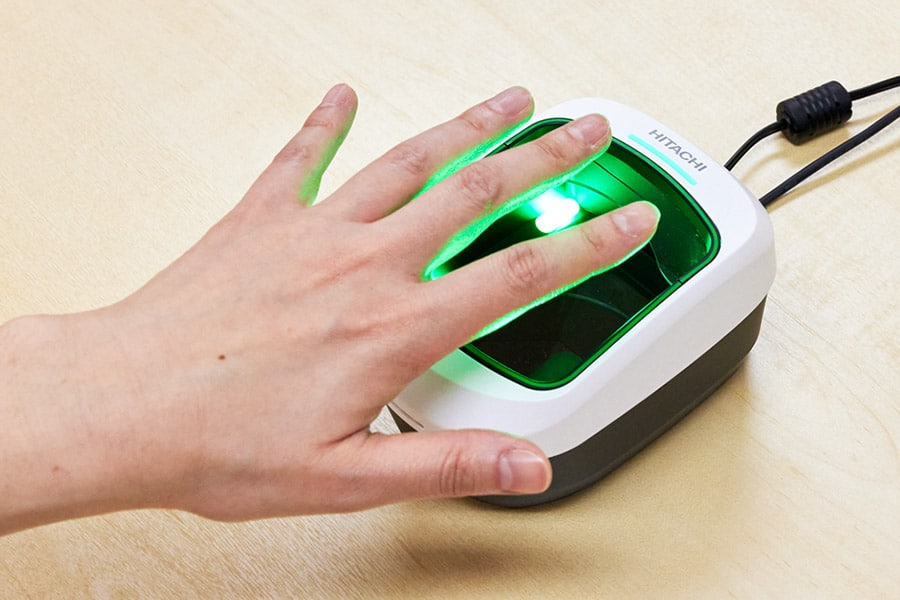 Japan Times reports that the system, which has already been used for some staff of Hitachi, is intended to check the problem of people losing their vaccination papers as well as the need to prevent the counterfeiting of the same.

The finger vein biometric reader can be installed at the entrance of buildings and other public arenas, and can identify individuals and detect whether or not they have received a COVID vaccine jab. It can equally certify negative results of the persons it scans.

The system, the report notes, works by users imputing their vaccination information into a dedicated app, and their finger vein biometrics on a Hitachi device, and then linking the records. To get oneself scanned, one is expected to hold three fingers with enrolled vein patterns over the biometric sensor.

The group has also said that its goal is to extend the use of the technology to other public spaces such as schools, hospitals and tourist destinations.

The scanner used in the trial may be the same one released by Hitachi earlier this year, which was described in an article published at the time on the company website. Hitachi said the contactless vein biometrics system, which was released alongside the Hitachi Biometric SDK for Windows Front Camera, responds to the growing inclination for contactless biometric authentication methods which reduce the risk of spread of COVID and other viruses.

The Hitachi Biometric SDK for Window Front Camera, for its part, allows for the functionalities of the finger vein biometrics system to be installed on a personal computer, according to the company. The SDK works with built-in webcams or standard webcam peripherals, allowing vein biometrics to be integrated into access control systems used for employees or banking applications.

The article quoted Manabu Natsume of Hitachi’s Security Business Division as saying during a virtual conference that they will use their finger vein biometric technology to contribute to resolving emerging problems.

“As people’s values diversify in a society that represents the so-called ‘new normal,’ I believe that biometric authentication technology that seamlessly connects the digital with the real will become increasingly important. Going forward, Hitachi will use its biometric authentication business to contribute to finding solutions for various challenges faced by society.”

The system can also be used for payments if credit card and other personal information are linked to it. It can be used for access control as well.

Explaining why Hitachi opted for finger vein biometrics, an official from the company’s Security Businesses Division, Keiji Kitane, said: “Because the face and fingerprints are constantly exposed, there is actually a risk of theft by third parties. With face authentication, there are even cases of successful authentication simply by pulling out a photograph. Vein patterns inside the finger, however, are not visible from the outside. This makes it very difficult for data spoofing or identity theft by a third party and has the advantage of being highly secure.”

Hitachi officials say they are planning to make businesses in routes overseas for the two biometric products they have rolled out.

The company partnered with two others to assess the possibility of introducing a vein biometrics authentication platform for the Turkish market last year.