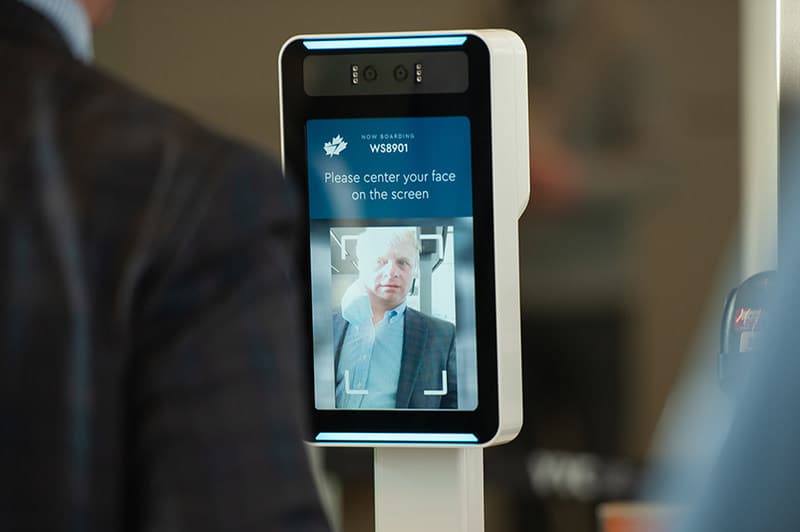 The partners, all Canada-based, say it is the first airport facial verification trial of its kind in Canada.

Participants used a digital identity wallet provisioned by Telus as part of an ecosystem based on self-sovereign identity architecture, and Embross’ face biometric scanners, according to the announcement. The contactless system was offered to iOS and Android device users, and matched the traveler’s face against an ID document uploaded to the app before the boarding process.

The digital identity platform was developed by one37, with validation of ID document integrity by Oaro.

“The addition of biometrics to the travel journey provides a much improved airport experience moving us closer to a more safe and secure contactless travel experience,” states Oaro Aviation Lead Mike Maxwell.

“As air travel gradually reopens, the passenger experience continues to evolve. Our groundbreaking, built in Canada solution allows travellers to enjoy a secure, touchless identity verification experience, while ensuring they are able to maintain control of their personal data,” comments Ibrahim Gedeon, CTO of Telus. “This level of control establishes and increases consumer trust by addressing privacy, security, and ethical data risks from the start, while providing transparency to customers.”

WestJet is working with the Canadian government to have the fully approved for roll-out to Canadian airports.

Amadeus and Airports Council International announced the winners of their inaugural technology innovation awards at the ACI World/Latin America and Caribbean Annual General Assembly, held this week in Cancun, Mexico.

Hong Kong International Airport was awarded for the ‘Best Innovation in Airport Passenger-Related Processes’ for its biometric token system.

“Our industry stands on the verge of a once-in-a-generation digital transformation as technologies like biometrics, cloud and artificial intelligence combine to revolutionize the passenger experience,” comments Amadeus EVP of Airport IT and Airline Operations Elena Avila.