Poland has added HID Global’s DigitalPersona 5300 fingerprint biometric readers into its national digital ID infrastructure with the aim of incorporating certain security features to its national ID card in compliance with directives of the European Parliament.

The European Parliament in recent resolution EU 2019/1157 obliged member-states to strengthen security on their national ID cards using face and fingerprint biometrics to facilitate travel for citizens within the bloc using just ID cards. The biometric component of the security features is required for people 12 years old and above, per the resolution.

HID Global writes in a blog post that it was as a result of this development that they were contacted by the Polish government to assist in the implementation of the project.

Its fingerprint readers then were deployed to more than 2,000 Polish locations and integrated into the country’s ID infrastructure within a period of just 40 days.

The fingerprint readers, which are designed for large-scale civil ID enrolments and authentication, according to the company, will be used to capture the fingerprints of Polish citizens within a matter of seconds to prove their identity.

Polish officials are cited by the blog article as saying they expect to deliver at least two million of the new biometric national ID cards by the close of this year, which will enable free movement for the cardholders within the European Union space without carrying passports.

HID Global says the Polish government chose its solution after other prospective solution vendors were said to be unable to supply fingerprint readers which could guarantee maximum protection for the biometric data to be collected.

The company adds that its fingerprint readers meet the security requirements of the International Civil Aviation Organization (ICAO), and the system has advanced presentation attack detection (PAD) technologies for catching spoofs and counterfeits.

HID Global also won a contract with Ireland for biometric passport production towards the end of 2021. 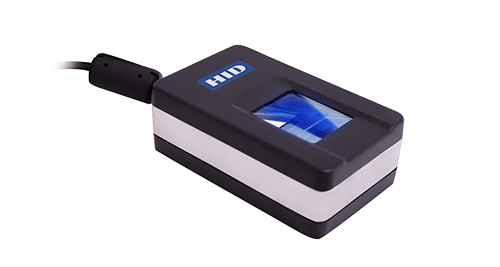