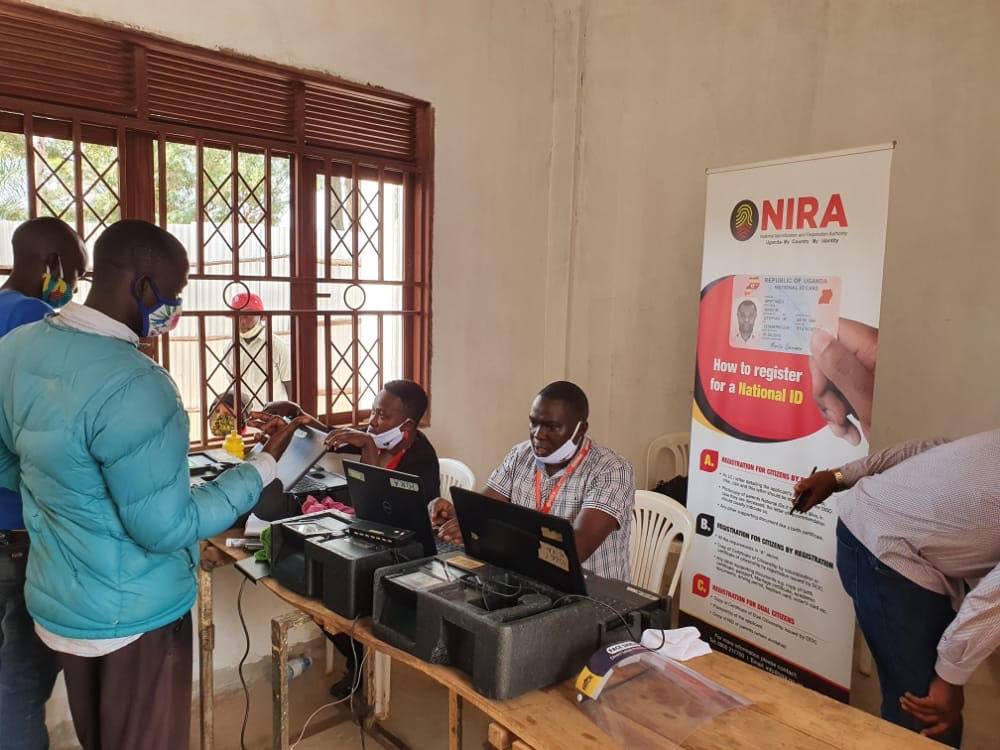 A coalition of civil society organizations in Uganda have filed a lawsuit against the government alleging that the national digital ID system, commonly known as Ndaga Muntu, has become an exclusionary barrier that violates women’s rights to health care and older persons’ right to social security.

Ndaga Muntu is compulsory for accessing government services, and by being so is threatening lives as many people – a third of the population – have been unable to register, have errors in their files or have not received their National Identity Cards, say the organizations.

The civil society organizations are being led by three which filed the case at the High Court on 25 April 2022: the Initiative for Social and Economic Rights (ISER), Unwanted Witness (UW), and the Health Equity and Policy Initiative (HEAPI). They are seeking to compel the government to accept alternative forms of identification for accessing healthcare and Social Assistance Grants for Empowerment (SAGE) benefits for older persons.

The action is being brought against the Government of Uganda, represented by the Attorney General and the National Identification and Registration Authority (NIRA).

Evidence of poor implementation of Ndaga Muntu has been mounting. In June 2021, ISER and Unwanted Witness published in conjunction with Center for Human Rights and Global Justice at New York University School of Law the findings of extensive research into the impact of Ndaga Muntu.

‘Chased Away and Left to Die: How a National Security Approach to Uganda’s National Digital ID Has Led to Wholesale Exclusion of Women and Older Persons’ (full report) found the digital identity system to be designed as a “weapon of national security” and included harrowing case studies of people being denied access to life-saving healthcare and welfare.

It found that as many as a third of the adult population has not yet received a National Identity Card.

“It is no secret that NIRA still has a lot to do to ensure that all Ugandans are registered for the National ID,” comments Atori Elizabeth, the legal officer at ISER.

“More so, issues of errors, prohibitive costs to rectify errors and inordinate delays have continually been reported to mark the National ID system. How then can the Government heavily rely on such a flawed system to enable access to life saving services!”

The civil society organizations have had previous success tackling the Ugandan authorities. After the Ministry of Health announced in March 2021 that they would require Ndaga Muntu for COVID-19 vaccinations, ISER and Unwanted Witness filed a case at the High Court for an injunction against the requirement. Before the court ruled, the Ministry of Health Reversed its policy.

Later in the year the three organizations also activated to criticize the government’s scheme to use NIRA data to determine eligibility for emergency cash relief payments, excluding millions.

“Just like with the COVID19 vaccination policy, we are confident that allowing alternative forms of identification for people to access health services and SAGE benefits is a simple, common sense, solution that fosters inclusion and efficacy of Government interventions,” comments ISER’s Brian Kiira.