An internal memo sent to Walgreens employees that was obtained by Mac Rumors suggests that Apple Pay may be launching on October 18.

The memo appears to be in preparation for the launch of Apple’s new payments service that might be going live on October 18.

However, considering Apple’s iPad media event is scheduled for October 16, it is entirely possible that Apple Pay will go live following the media event, with Walgreens offering support a day or two later.

Previously announced, Apple is partnering with credit card companies, financial institutions and retailers for the new payment service, along with major merchants like Walgreens, McDonalds, Macy’s, Staples, and more.

The Walgreens memo states that all customers who currently own an iPhone 6 will be able to use Apple Pay in Walgreens stores by tapping their iPhone 6’s “to the upper portion of the pinpad to pay for their purchase.”

Apple previously specified that Apple Pay would launch sometime in October when it first announced the payment service.

In an open letter to Apple CEO Tim Cook, activist investor Carl Icahn predicted that Apple Pay will generate revenues of $2.5 billion in 2017 in the US alone, according to a report by Finextra.

Icahn, who owns 53 million shares in the company, said he predicts Apple Pay to have “limited financial impact” in 2015 because retailers need to catch up and roll out NFC infrastructure, but will see a fairly rapid growth rate in the years that follow.

Writes Icahn: “We estimate that, based upon Apple Pay’s rumoured fee of 15 bps of all spend on credit and debit cards (US card spend was $4.2 trillion in 2012) and merchant deployment of NFC reaching 80%+ in 2017, Apple in the U.S. could generate revenues (also equivalent to gross margins, as the variable costs are de minimis) of $2.5 billion in FY 2017 if it reaches 30% market share of all spend on US credit and debit cards.”

However, experts say that Icahn’s figures for NFC rollout and Apple’s share of card spend are greatly optimistic, along with his proposed quota of a 30% market share.

In a guest editorial-opinion feature on BiometricUpdate.com, Janice Kephart, founder of the Secure Identity & Biometrics Association, said that Apple Pay could be met with a mediocre acceptance rate due to its lower value and potentially high risk, such as breaches in security.

Timing for the Apple Pay launch follows last month’s Apple iCloud security flaw that resulted in the theft of nude photos of many of Hollywood’s top celebrities.

Competing payment service PayPal took out a full page ad last month in The New York Times that condemned Apple for the iCloud photo leak, along with promoting its own security. 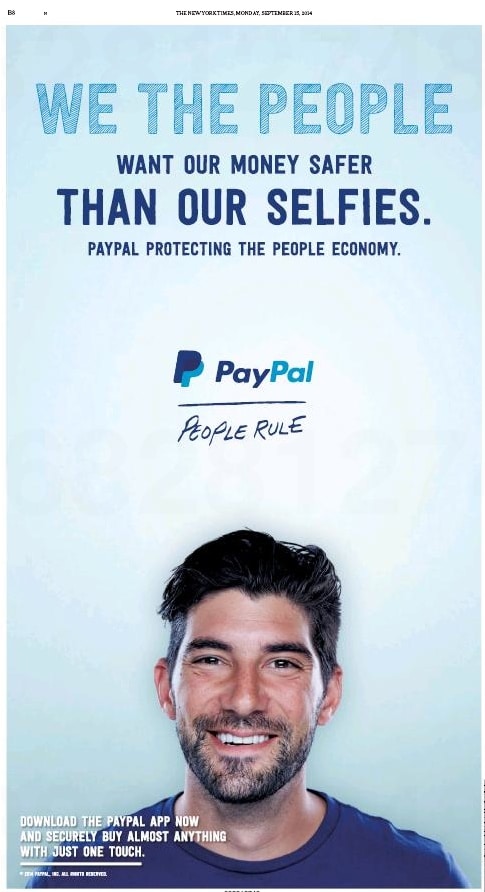 “We the people want our money safer than our selfies. PayPal, protecting the people economy,” PayPal writes in the ad.