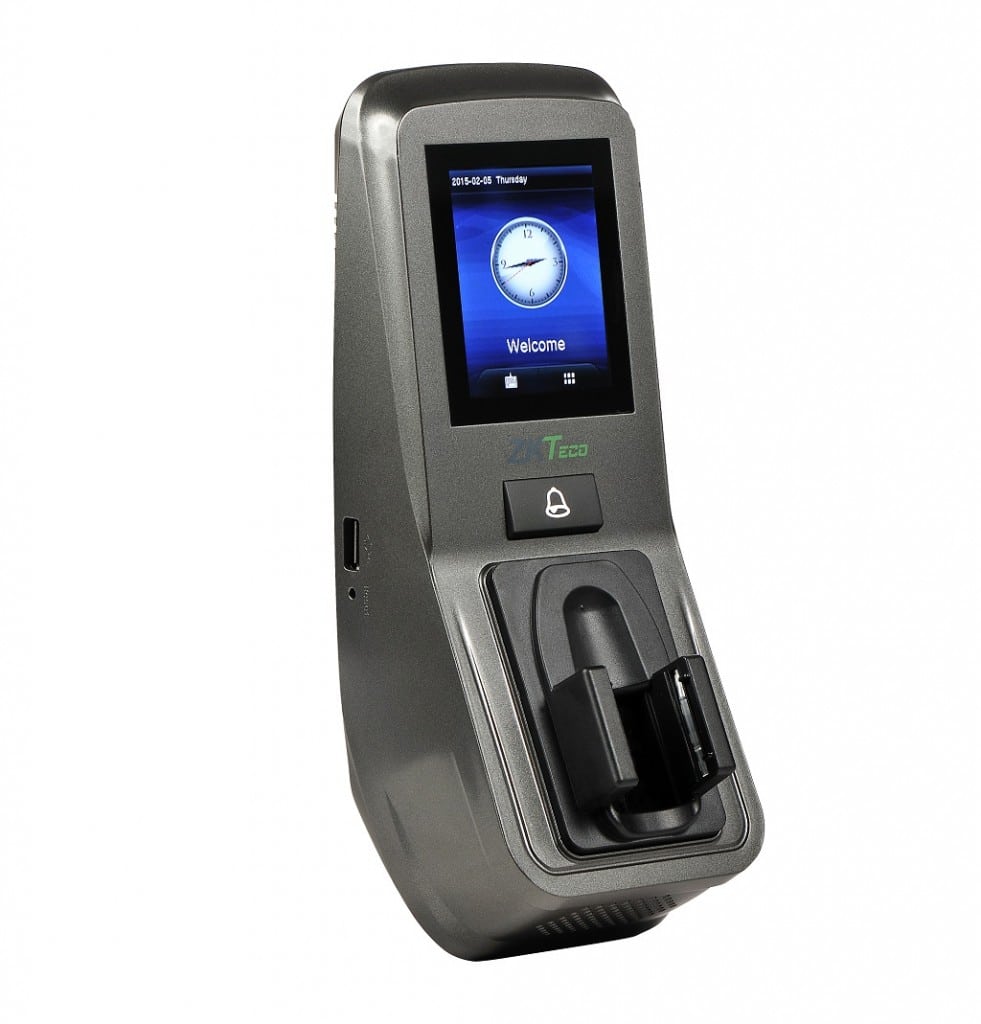 ZKAccess announced it has released its FV 350, which it claims is the industry’s first multi-biometric finger vein and fingerprint recognition access control reader.

FV 350 is able to capture and process both finger vein and fingerprint biometric data simultaneously.

Authorized users can enroll and authenticate themselves fast and seamlessly by simply pressing their finger on the device’s combined fingerprint/vein sensor. The device will then illuminate the user’s finger vein pattern and capture both their finger vein and fingerprint minutiae points.

The device converts them into vein and fingerprint templates, and stores the data in the FV 350 database for future identification and verification.

Key FV 350 offers a range of features including an intuitive graphical user interface and touch screen display for an enhanced user experience, as well as advanced access control functions based on time zones, groups and unlock combinations.

The FV 350 has a capability of storing up to 1000 vein and 1000 fingerprints and is able to identify users in less than two seconds.

Additionally, the device has built-in access control functionality and is able to operate with or without a dedicated computer or access control panel.

FV 350’s multi-factor authentication functionality enables users to authenticate with a finger vein, fingerprint and/or password, or a combination of all three..

“Adding biometric protection to some or all of a customer’s doors is simple, because ZKAccess biometric readers work with the customer’s existing panels and software,” said Larry Reed, CEO of ZKAccess. “Our solutions safeguard their previous security investment while enhancing it with new, highly reliable biometric technologies.”