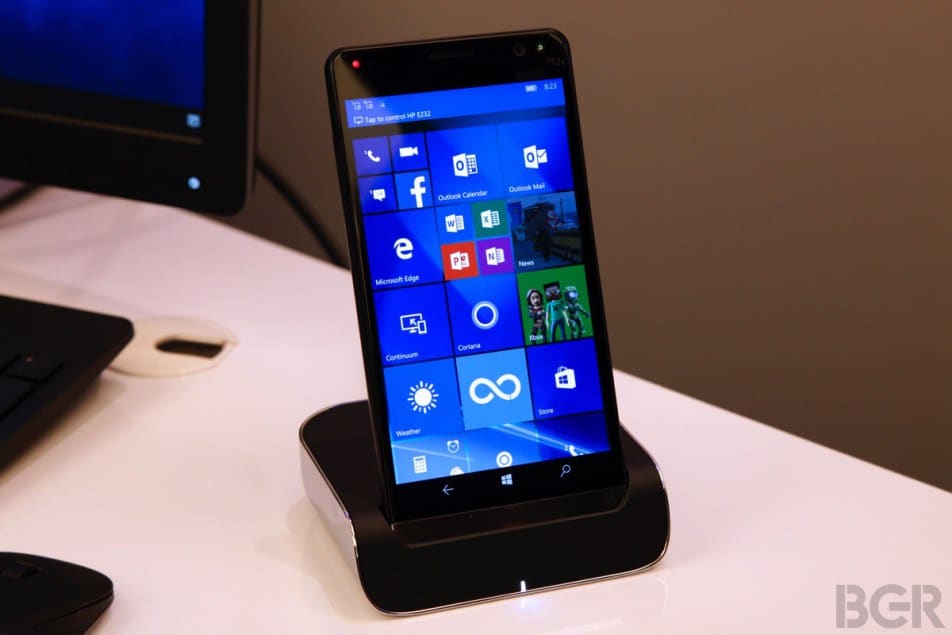 HP unveiled at Mobile World Congress its new Elite x3 Windows 10 smartphone with fingerprint and iris recognition security features, according to a report by The Next Web.

Other key specs of the smartphone include a 16-megapixel rear-facing camera, 8-megapixel selfie snapper USB-C, and an IP67 rating, which means it has a water-resistance of up to 1 meter depth for up to 30 minutes.

Marketed by HP as “one device that is every device,” the Elite x3 is designed to take advantage of Windows 10 Continuum which essentially enables a phone to act as a PC stand-in when it is used with one of two different docks.

HP said the capability makes it easier to secure corporate networks than the existing bring-your-own-device system that many companies currently use.