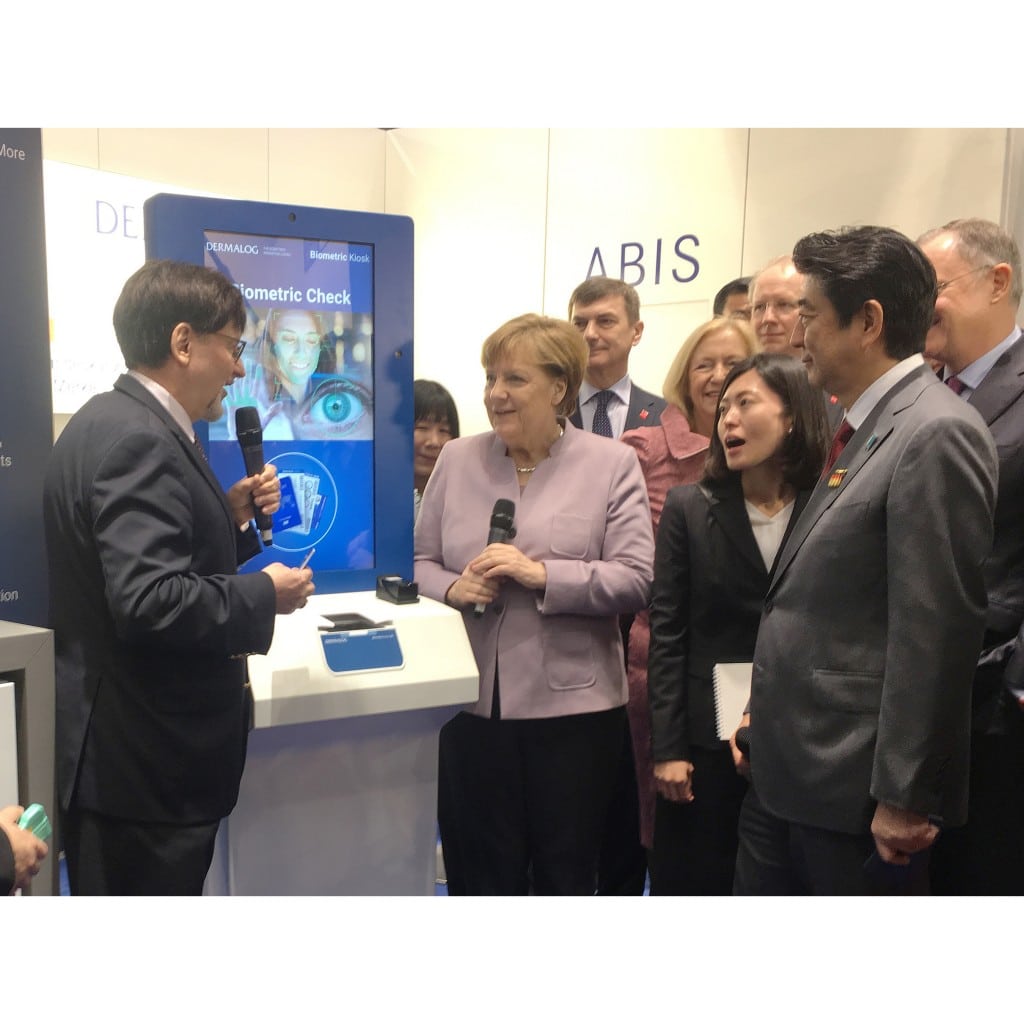 The visitors were also able to see DEMALOG’s new all-in-one-scanner, which can capture fingerprints, passports, tickets and other documents using the same scanning surface.

With the 2020 Summer Olympics set to take place in Tokyo, Prime Minister Shinzo Abe expressed significant interest in the new VF1 device and in new types of mobile biometrics units.

During her visit, the Chancellor was provided with demonstrations of the DERMALOG ZF1 finger scanners, which are part of the equipment in the German national registration offices; the LF10 fingerprint scanners, which are used for refugee registration in Germany since 2016; and the DERMALOG REAL TIME AFIS, which can identify people within three seconds.

The two guests were shown how multi-biometrics use a combination of biometric identifiers like face and fingerprint to grant access to an individual when two or more of their biometrics match with the biometrics information kept on file.

Built in Germany, DERMALOG´s biometric systems are used in more than 220 large-scale government installation and by many banks in 83 countries.

Earlier this month, DERMALOG announced that its Face Matching software now achieves 100 million matches per second on a single blade.