The number of attendees at ID4Africa’s annual forum has grown by 68 percent CAGR from 2016 to 2017, with growth among all three stakeholder groups, ID4Africa Executive Director Dr. Joseph Atick says. Dr. Atick revealed the growth of the movement and its annual event in remarks during the opening of ID4Africa 2017 in Windhoek, Namibia on Wednesday.

“I think there is no better testament to the importance of this gathering, or the viability of this movement, than you being here with us today,” Dr. Atick told a packed conference hall.

Participation by vendors at the annual conference in support of responsible adoption of digital identity systems in Africa grew by 49 percent, with nearly 100 in attendance for the 2017 forum. The presence of international development agencies has risen by 72 percent, with agencies including USAID attending the conference for the first time. 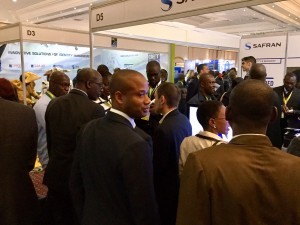 The largest growth group of attendees, however, is government participants. The number of representatives from government grew by almost double (95 percent) from the 2016 event in Kigali, Rwanda, with 43 African governments sending representatives. This growth gives ID4Africa approximately 90 percent coverage of the continent, up from approximately 50 percent last year.

Dr. Atick also spoke about the current state of identification registration on the African continent, saying that until services and rights are enabled by all identity for all Africans, the movement’s work is unfinished. “This is the standard against which we will judge our progress,” he said. “It is not a dream, it is not a nightmare, it should be the reality in the sustainable development goals era. Inclusive identity has become a prerequisite for human development. What’s needed is a pragmatic blueprint or pathway for achieving the objective of universal identity that is adaptable to the needs and fact patterns of each one of the African countries.”

The number of national ambassadors to the ID4Africa organization grew from 8 at the introduction of the national-level layer of the organization at last year’s conference, to 22 in 2017.

The organization has also continued to grow its government survey and publication programs, in support of its goal of sharing experiences and fostering real-world best practices.