Identity for digital health services in the spotlight at ID4Africa 2018 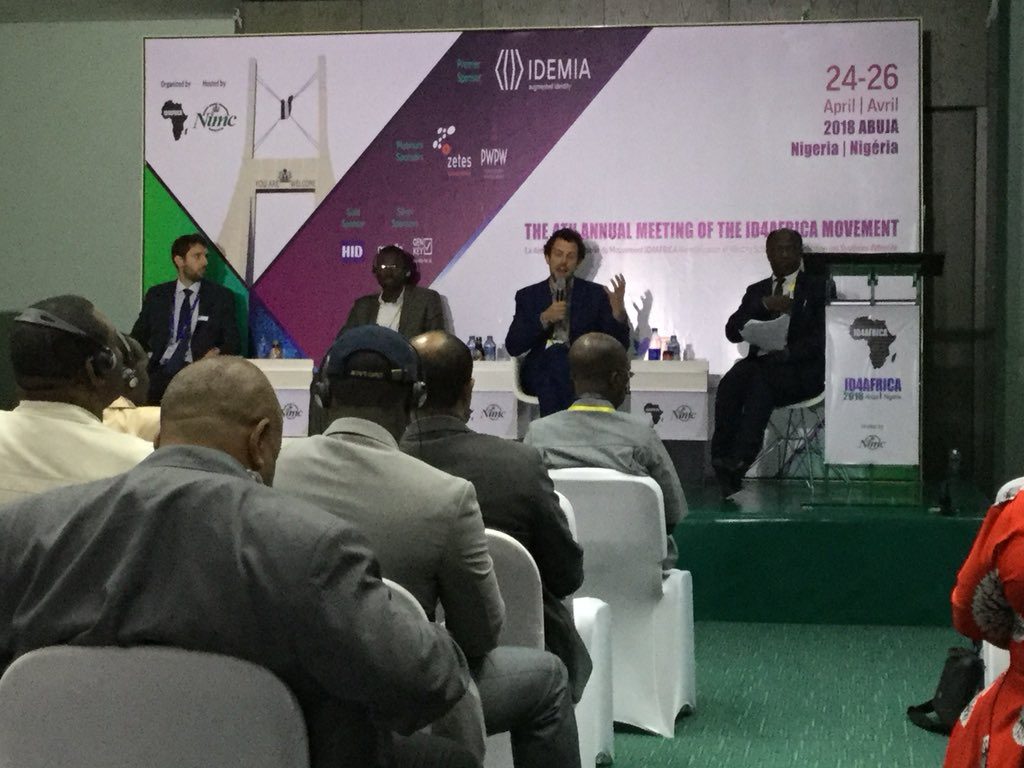 A special three-session symposium on “eHealth” or “DigiHealth” was among the highlights of the second day of ID4Africa 2018, with identity experts weighing in on the progress, applications, and potential of biometrics and digital identity for healthcare on the continent.

While several other information sessions related to or mentioned healthcare systems, such as morning sessions on civil registration and legal identity, and harmonization as the foundation of electronic reform, the “DigiHealth” track featured panel discussions and presentations from fourteen speakers, with one from each session moderating discussion. Those speakers represented government agencies, academic, regional, and development groups, as well as biometrics companies.

The first session dealt with the digital healthcare systems and platforms available to governments, NGOs, and private sector clinics.

Jacques Besancon, Product Manager for Security Components and Vertical Solutions with ID4Africa 2018 gold sponsor HID Global said mobile healthcare may provide some answers to questions about how to achieve interoperability with electronic health records, but also pointed out that while mobile phone ownership is close to 90 percent on the continent, according to GSMA, and mobile phone access likely even higher, only about 10 percent are smartphones. This means that establishing a unique identity with mobile phone biometrics is not as straightforward as many in the developed world may assume. Voice recognition may provide a way to deliver biometric identity without a smartphone, he said.

Simprints Chief Operating Officer Sebastian Manhart suggested that Europe’s GDPR could be used as a guide to handling sensitive data, including both biometrics and health data, while ISO standards could be implemented to achieve interoperability. Dr. Ousman Ly, Director General of the National Agency of e-Health and Informatics for Mali’s Ministry of Health touted the value of open standards, for reasons including interoperability, which Manhart seconded.

The role of digital identity in health and the use of biometrics to establish unique identifiers was the focus of the second session. The World Bank’s Lead Health Policy Specialist for its Health, Nutrition & Population Global Practice Dominic S. Haazen presented a series of barriers to using biometric identification in national eHealth systems, and ways to mitigate them. Ibrahima Khalil Dia, eHealth Division Coordinator for Senegal’s Ministry of Health and Social Action, however, noted that his country has not decided on a uniform way to identify patients for eHealth, despite being a member of ECOWAS, which has established biometric identification for travel.

The session and the track concluded with a discussion of national digital health schemes, which began with a special keynote presentation followed by Frost & Sullivan Vice President of Research Siddharth Saha. He said that in order to avoid bankrupting healthcare agencies, countries have to change the behavior of their citizens by leveraging data.

“The end goal is to put as much of your work as possible into preventative care,” Saha told session attendees. “We have to apply treatment earlier.”

While the paths to implementation will differ from country to country, there seemed to be significant consensus among presenters and audience members that leveraging trends towards greater mobile and data availability is a key to improving healthcare across Africa.