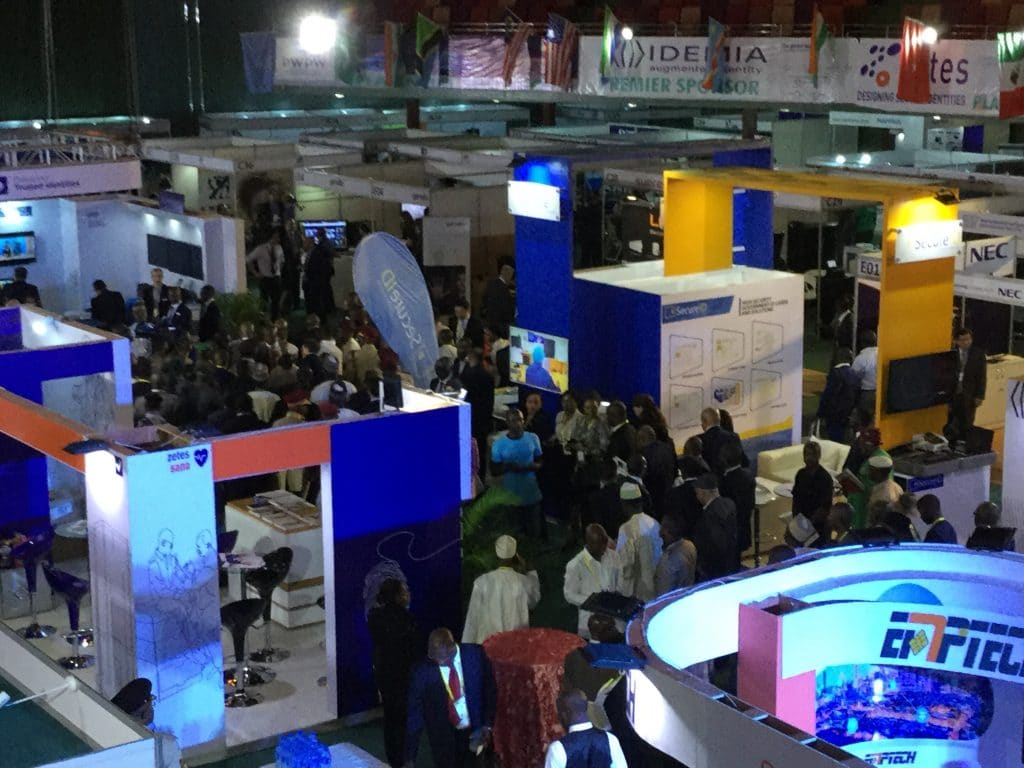 More than 20 new companies joined the event this year. Last year in Windhoek, Namibia, ID4Africa’s exhibition included more than 90 booths but industry consolidation, such as the merger between Morpho and IDEMIA, eliminated several previous participants. The ID4Africa exhibition has grown at a rate of nearly 23.5 percent CAGR over the past three years, since the 2016 event in Kigali, Rwanda.

Booth sizes were also increased for ID4Africa 2018 in response to vendor requests, Executive Chairman Dr. Joseph Atick told Biometric Update, to allow organizations to showcase a wider range of products and host demonstrations and conversations about the latest identity products and technologies. 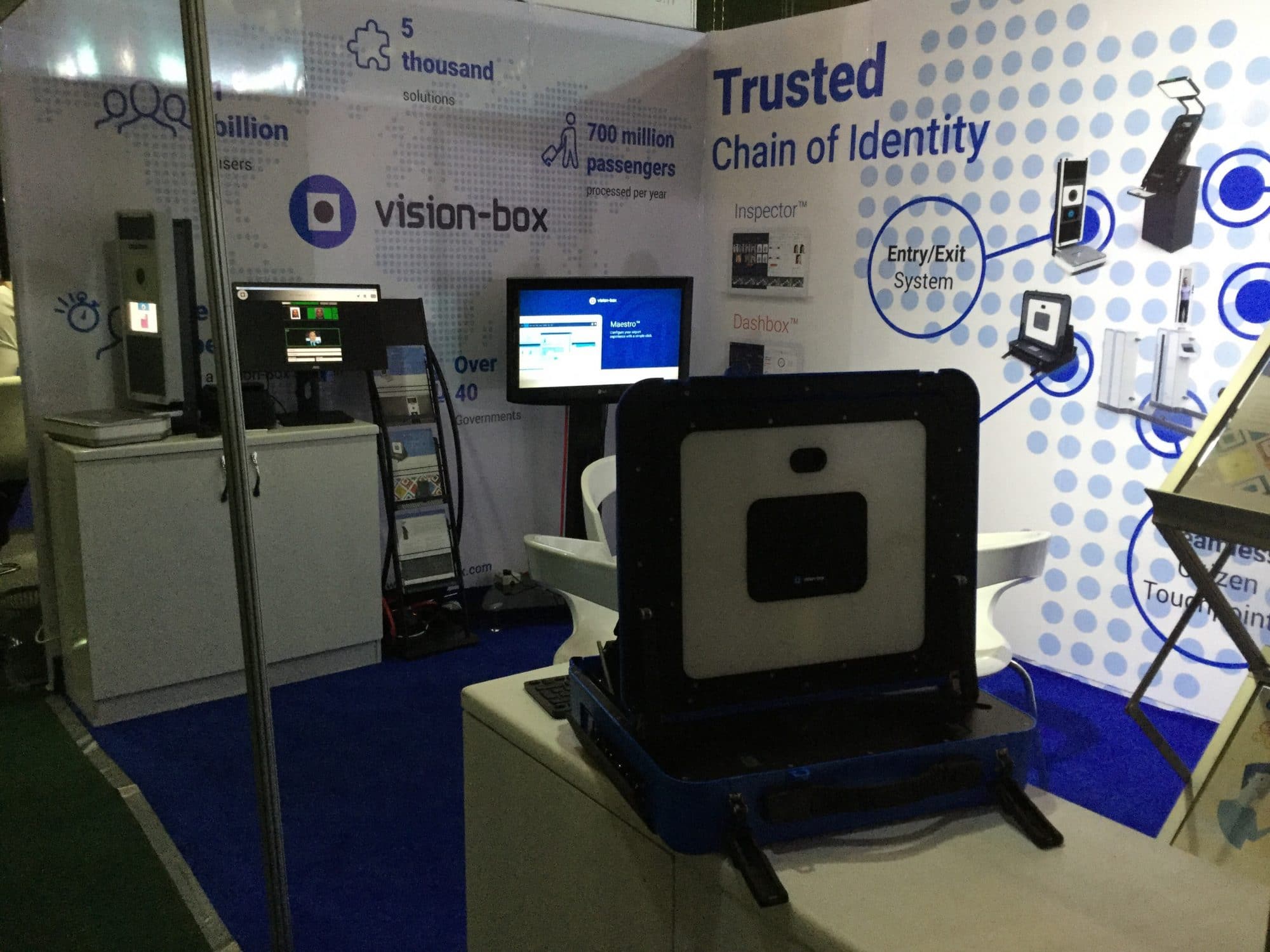 “Traffic at the event is very good,” Kai Imgenberg, Director of International Sales for Aware, which was demonstrating its Knomi mobile platform, told Biometric Update. “We’ve had very good reception both mornings so far, with a lot of African government and local partners visiting, with good opportunities that will develop over time.”

Imgenberg also described ID4Africa as one of the top identity events in the world, not just in Africa. “I think this is very important,” he said. “It’s a very good platform for everyone to come together, for education in the sessions and forums, and it’s an effective package.”

As was found in the ID4Africa 2018 survey, fingerprint and facial recognition remain the most popular biometric modalities, trailed by iris recognition. Tascent VP of Sales for MEA/CIS Nidal Mallouhi told Biometric Update in an interview that government understanding of the technology is improving, and modalities are being determined according to the application they will be used in.

“The governments we are meeting, from a biometrics point of view, understand that iris is more accurate than fingerprints themselves,” Mallouhi said. “They are thinking of deploying it more for border control and criminal records.”

Currently, he says, identity authorities are looking to advance towards universal registration.

“It’s an evolving market. For all these programs biometrics are playing a big role. The key here is there is a huge demand for mass enrollment. All nations, all governments, would like to enrol the whole population. The approach differs, some would make a national database, which several entities would use, from national and civil to criminal and immigration. Some are trying to differentiate; this is civil, this is criminal, this is for border control. But everybody’s trying to enroll the whole population.” 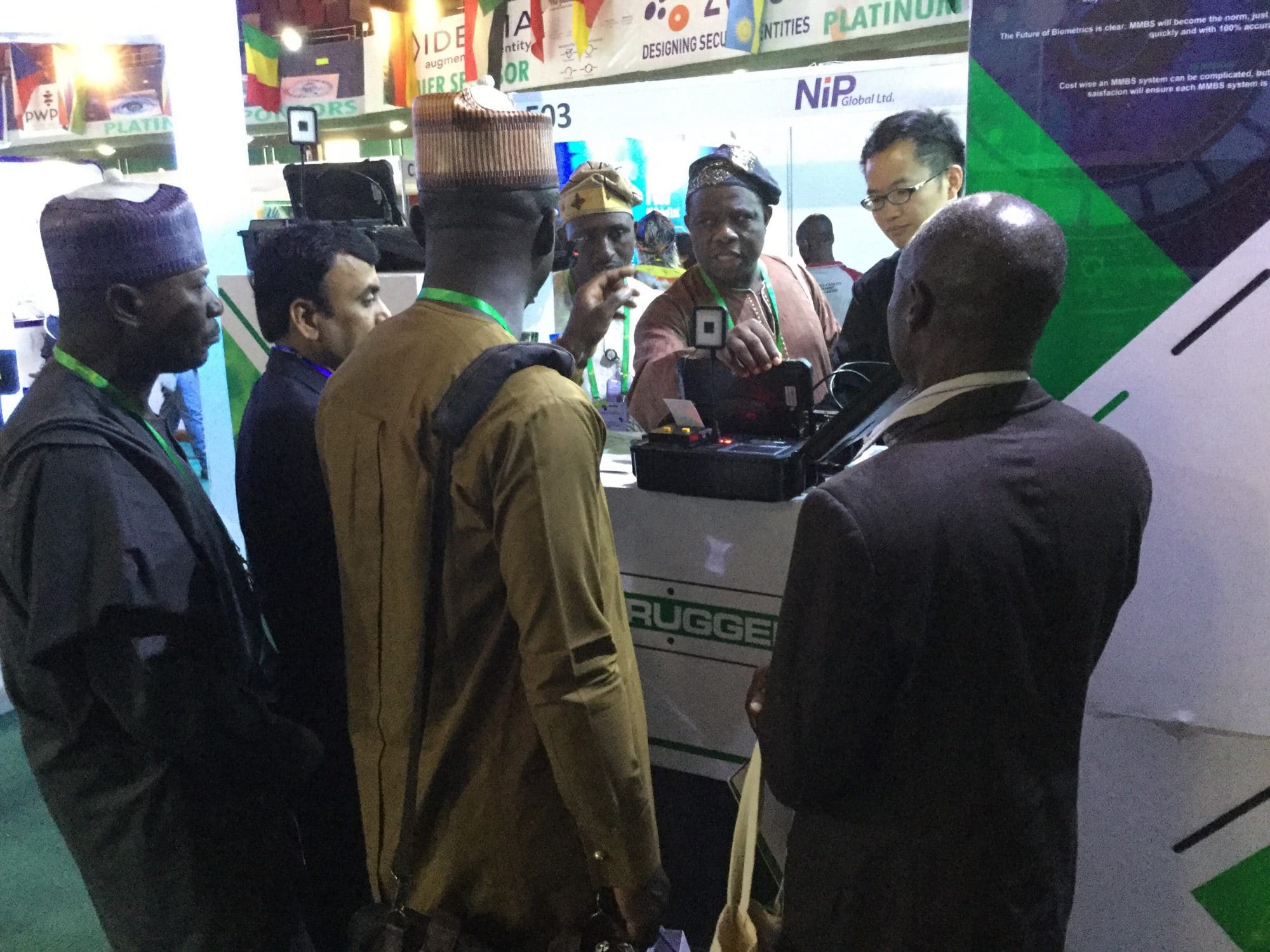 The necessity of bringing registration programs to people in rural and remote areas was emphasized during several ID4Africa 2018 sessions, as the time and cost for people to travel long distances for enrollment are often prohibitive. Vendors have responded to this challenge with a range of handheld units for biometric enrollment. Mobile registration kits with integrated biometric sensors, document reading and printing capabilities were also one of the most prominently displayed products on the exhibition floor, with companies including HSB, BioRugged, Ekemp, and Laxton offering durable cases equipped with a full range of options.

The mass registration challenges of Nigeria, while unique, also share some common elements with many other countries on the continent. It has registered roughly 30 million people out of a population of close to 198 million, but plans to aggressively expand its registration process, as its National Identification Number (NIN) becomes mandatory for access to more government services, such as passport application. Like many countries across Africa, Nigeria has established permanent enrollment centers in large cities, such as Lagos and Abuja, where a steady stream of citizens registers biometrics. Approximately 60 percent of the continent’s population lives in rural areas, however, and many people living in remote areas do not frequently interact with any federal government organization, making it challenging for governments to register them with quality data, while staying within constrained budgets. 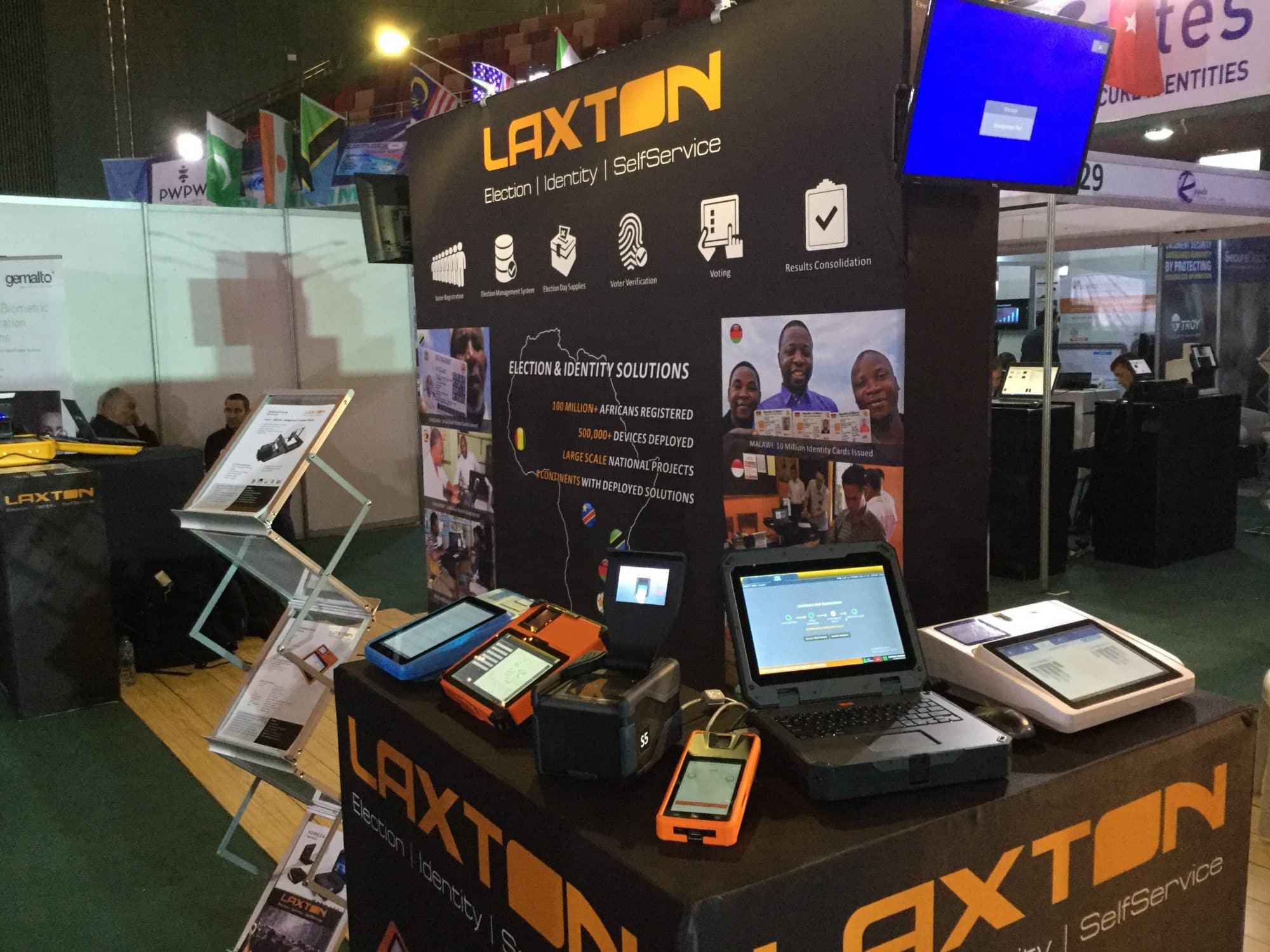 Conducting registrations in rural areas presents several challenges, however, including limited or no access to communications networks and electricity. Training registration program operators and communicating with local populations about registration schedules can also make the difference between success and failure of rural ID enrollment projects.

Market ripe or ripe for disruption?

BioRugged Chief Operations Officer Hof Retief emphasized the practical importance of size for agencies considering all-in-one registration kits. He pointed out that not only are smaller unit easier to ship and transport to registration points, but the batteries in some kits require them to be shipped as hazardous materials, significantly increasing the cost and logistical burden they impose.

The company demonstrated a new biometric voter registration (BVR) kit with significantly reduced size, weight, and energy usage, in addition to a line of handheld products, at ID4Africa 2018.

One alternative to these popular device types is Tascent’s modular solution.

“At Tascent we are trying to change the concept of enrollment,” said Mallouhi. “We were the first to create iris capture from a distance of two meters. I have worked with national IDs and ePassport programs for a while, and they always use the kind of enrollment kits which are very well known.” Mallouhi gestures at the surrounding booths. “You can see them in many places here. A big Pelican case with a laptop, with a face camera, with an iris camera, with a fingerprint scanner, with a document scanner, it’s a huge thing.”

Tascent’s offering is the MX, a durable mobile device made in partnership with OtterBox which connects to an Android or iOS smartphone to create a multimodal enrollment solution.

Another different approach which could potentially be applied to mass enrollment in Africa was presented by Element during a plenary session on day three of ID4Africa 2018. Element is a startup co-founded by Yann LeCun, a leading expert in convolutional neural networks. It is developing software to enable biometric fingerprint and facial recognition using the cameras built into entry level mobile phones, without requiring specialized sensors. The software is meant to run offline, transmitting data when connectivity is available.

Which modality, technology, and approach are the most appropriate for a given identity project will depend significantly on the circumstances and requirements unique to the project. By innovating to create more mobile, more efficient technologies, and developing new approaches based on the real-world conditions of biometric identity registration and verification across Africa, the industry can embrace its role as an enabler of UN sustainable development goal 16.9.