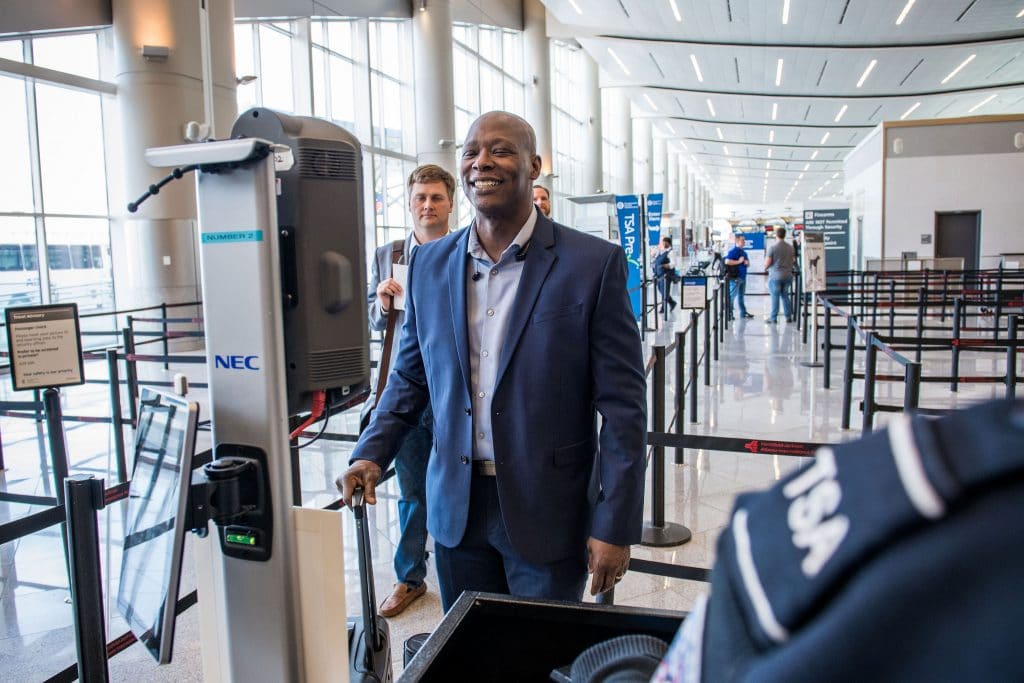 Facial recognition technology has been deployed throughout Terminal F to provide customers flying directly to international destinations on Delta, Aeromexico, Air France, KLM or Virgin Atlantic Airways with a seamless curb-to-gate travel experience. Customers have the option to use facial recognition to check in at self-service kiosks, drop off checked baggage, serve as identification at a TSA checkpoint, board their flight at any gate in the terminal, and, for international travelers arriving in the U.S. to be processed by CBP.

According to the announcement, touch points throughout the terminal in Atlanta started coming online in mid-October and nearly all 25,000 customers who travel through ATL Terminal F each week are choosing this optional process, with less than 2 percent opting out. The biometric boarding option is saving an average of nine minutes when boarding a wide body aircraft, based on initial data.

Delta, and partners CBP, TSA and the Wayne County Airport Authority will expand the facial recognition boarding test that started in July to all 14 international gates at McNamara Terminal in the Detroit Metropolitan Airport by mid-December and in 2019 will roll out the curb-to-gate service for its customers.

“It is a great honor for Detroit Metropolitan Airport to become one of the nation’s first biometric terminals,” said Chad Newton, Wayne County Airport Authority Interim CEO. “As a world-class airport, we are continuously seeking ways to enhance the customer travel experience. We look forward to partnering with Delta, CBP and TSA to provide passengers with the option to utilize facial recognition throughout their entire travel process.”

Acuity Market Intelligence recently predicted the global market for automated biometric systems in airports will generate $1.3 billion in revenue over the next five years.

The TSA recently unveiled its ‘biometrics roadmap’ which articulates a collaborative biometric vision for the TSA and its aviation security partners.