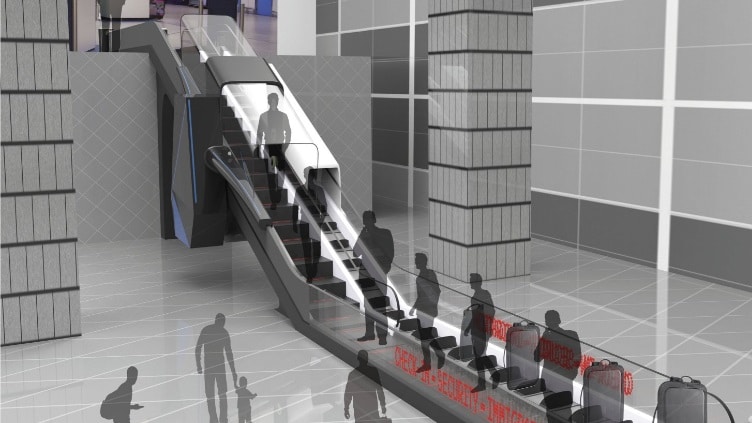 Bahrain Airport Company (BAC) is carrying out an airport modernization program to transform their airport, which is an important Gulf-region hub, according to the announcement. The ABC platform will be used to streamline border control and inspections for departures and arrivals, and 22 new eGates will be deployed to improve the efficiency of immigration checkpoints. The eGates will provide facial, iris, and fingerprint recognition.

“Vision-Box technology naturally matches BAC’s goals,” says Vision-Box CEO Miguel Leitmann. “It’s a proven solution that will significantly augment the terminal processing capacity, streamline the passenger flow, improve security and enhance the appeal of using the airport. Bahrain International Airport now joins the leading group of airports in the region that are using trusted biometric-based technology to support their growth plans. It’s an honor to be part of this program together with BAC. We believe the new airport has what it takes to be a passenger experience benchmark and will certainly have a positive impact in Bahrain and the region, and on the lives of passengers.”

The new terminal is expected to be inaugurated in the third quarter of 2019.

Kempegowda International Airport (KIA) in Bengaluru, India, will begin processing passenger boarding with facial biometrics under the Digi Yatra system within the next few months, which will make it the first to implement the system, Daijiworld reports.

Field acceptance trials were conducted in March, and production of the hardware for KIA has begun, according to a spokesperson for Bangalore International Airport Limited (BIAL). BIAL has contracted Vision-Box to provide the technology for paperless biometric self-boarding.

“Based on current timelines, we expect that trials and phased rollout of the Digi Yatra central identity management platform to begin at the BLR Airport in Q3 2019. Once the central platform is set up, BIAL will integrate the biometric boarding system of the Airport with the platform,” the BIAL spokesperson says.

The first airlines to use Digi Yatra at KIA will be Jet Airways, Air Asia, and SpiceJet.

Digi Yatra was initially expected to go live in April, and is expected to reach half a dozen airports in the initial roll-out.

Thailand installing 2,000 devices for biometric checks at all border crossings

Immigration police in Thailand are testing fingerprint and facial biometrics for border checks across the country, according to the Chiang Rai Times.

The 2.1 billion-baht (US$66 million) system will include 2,000 biometric devices at 170 land, air, and sea border crossings, with 76 scanners installed at Phuket airport.

The system’s installation is roughly 70 percent complete, and its launch has been pushed back from May 2 to July 1. The new deadline is firm, as the installing firm faces fines of more than four million baht ($130,000) daily from that date.

A new concept designed by Charles Bombardier and Ashish Thulkar would see passengers perform airport check-in, security, and immigration processes with facial biometrics in less than a minute as they travel through a customized escalator system, dubbed Aerochk.

Passengers would place a passport on one side of them and luggage on the other, and robotic systems would process each before facial recognition is used to match the individual to his or her passport. The Aerochk would also alert authorities if a person is denied approval by the system, such as due to invalid documents.

The designers say the system could be installed in any type of travel hub to reduce human errors associated with processing large volumes of people, and could also be adapted for travelers with special needs, such as by taking the form of an elevator.