This is a guest post by Raj Gupta, Karthik Kumar and Justin Mullen, attorneys at Finnegan, an IP law firm.

Biometric advancements have provided more secure mechanisms for access control in an age where cyber security has become a growing concern. However, these systems often rely on complex implementations with multiple actors. For example, one device may gather sensor data, while a second device may analyze that data, which ultimately may authorize a user to operate a third device. To add another layer of complexity, these systems can be spread across multiple geographic boundaries. While one may find it straightforward to draft a patent application that identifies new improvements of such systems, obtaining commercially valuable patent claims may require more adept and nuanced strategies – including analyzing the system from the perspective of individual components. 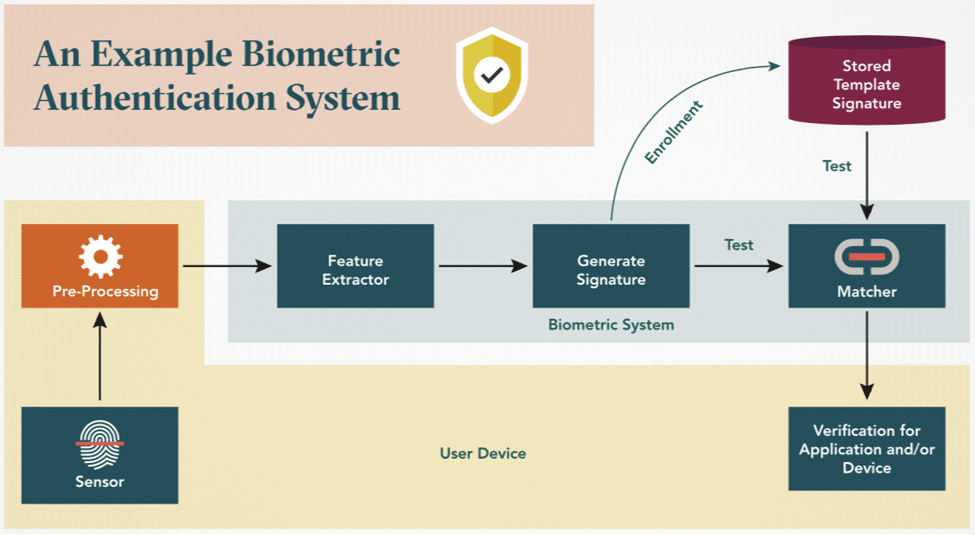 Proving direct infringement of a method claim involves showing that a single alleged infringer practices every limitation of the claim. The Federal Circuit has clarified that in certain situations there may be no infringement liability, where several parties’ actions collectively form direct infringement but no single actor satisfies all required limitations. Akamai Techs., Inc. v. Limelight Networks, Inc., 692 F.3d 1301, 1307 (Fed. Cir. 2012) (en banc), rev’d on other grounds, 134 S. Ct. 1871, 188 L. Ed. 2d 773 (2014). To avoid a finding of infringement, defendants in patent infringement suits sometimes put forth a defense of “split infringement” (or “divided infringement”), arguing that they alone only practice partial elements, while another entity such as an end user satisfies other claim elements. And even though a plaintiff might still prevail in proving infringement by showing that the defendant “directs or controls” a third party to practice claim steps that the defendant itself does not (Akamai Techs., Inc. v. Limelight Networks, Inc., 797 F.3d 1020, 1024 (Fed. Cir. 2015)), such a burden of proof poses additional challenges for inventors seeking to monetize or protect their inventions.

Recent cases provide cautionary tales for inventors seeking coverage. Procedurally, plaintiffs might avoid summary judgement of noninfringement because whether a defendant “directs or controls” another is a fact-determinative finding. Nonetheless, it can create a rocky start to a case for the plaintiff. For example, in TQP Development, LLC v. Intuit Inc., No. 2:12-CV-180-WCB, 2014 WL 2809841 at 11-15 (E.D. Tex. June 20, 2014), the defendant argued that certain steps were performed by client computers, not defendant-controlled devices. However, the Court denied defendant’s motion for summary judgment of noninfringement based on the doctrine of divided infringement. The court concluded there was a genuine issue of material fact as to the question of whether the defendants “direct or control” the steps that are performed by the receiving client computers.

Other plaintiffs asserting claims that are only practiced by multiple actors have not succeeded avoiding summary judgment of noninfringement. In Aristocrat Techs. v. Int’l Game Tech., 709 F.3d 1348 (Fed. Cir. 2013), the Federal Circuit upheld the district court’s grant of summary judgment for noninfringement because the asserted claims required two separate actors. In order to perform all steps of the claimed methods, both a player and a game operator needed to perform actions. As a result, the game operator alone could not be held liable for direct infringement. And in PA Advisors, LLC v. Google, Inc., 706 F. Supp.2d 739, 741 (E.D. Tex.), dismissed, 449 F. App’x 28 (Fed. Cir. 2010), the court held that there was no direct infringement because a single party did not perform all the steps of the claimed method. The claim in that case required a user to enter a search request date while the remaining steps of the asserted claim were performed by a computer system.

To avoid drafting claims that may be susceptible to a divided infringement defense, drafters should consider the perspective from which a claim is drafted. Rather than surveying the functionality of the system as a whole, patent applicants should look at a given device in their systems and consider the particular operations it performs. 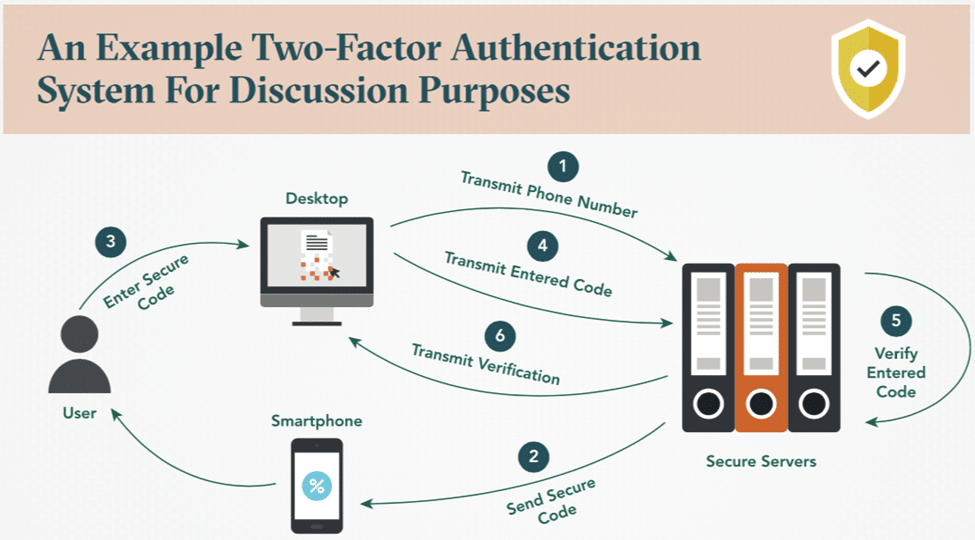 In the case of this example system, the user, desktop computer, secure server, and mobile device may all serve as individual components, or “actors,” with unique roles. Rather than considering functionality of the overall system, to develop potential claims, inventors should consider the actions performed by each actor in satisfying their role in the system. For example, the desktop may receive a user-entered code from keyboard input, transmit it for verification, and receive a verification confirmation. While the secure server may receive the code, it may receive it in a different way, such as not directly via a keyboard. Further, the secure server may perform the actual verification and transmit the verification confirmation. Therefore, its useful to analyze each role not only to identify unique functions, but also to determine nuances between similar functions.

Once each actor in the system is identified, applicants should evaluate the value of claims covering the functionality of each actor, such as who the claim would be enforced against, whether infringers can be easily identified, and how difficult it would be to prove infringement. As an initial point, claims for certain “actors” in a system may be only practiced by defendants that are less desirable enforcement targets. For example, in the context of the sample two-factor authentication case, claims covering actions performed by the user may be less desirable. Enforcing patent claims against individual users may be less economically feasible and, because those defendants may also be potential customers of the patent owner, could also adversely affect business interests.

As a second criterion, applicants should consider how easy it might be to detect infringers of claims for each system actor. User-facing devices are typically more easily inspected than back-end applications. In the example two-factor authentication system, a lay person could identify that a desktop computer practices certain functionality. However, without access to network monitoring software or system source code, it might be difficult to determine the implementation details behind a secure server, such as the particular algorithms employed to verify a user-entered code.

Applicants should also consider additional factors consistent with their business interests, such as evaluating for each system actor the cost and likelihood of obtaining patents covering its functionality. While complex systems may present challenging subjects for patent protection, breaking down the system into individual actors and evaluating each role may help inventors avoid pursuing claim combinations that might be more susceptible to a divided infringement defense. Further, itemizing criterion for each role will allow inventors to pursue valuable claims in a more efficient manner. These processes culminate to help develop a valuable but economic patent portfolio.