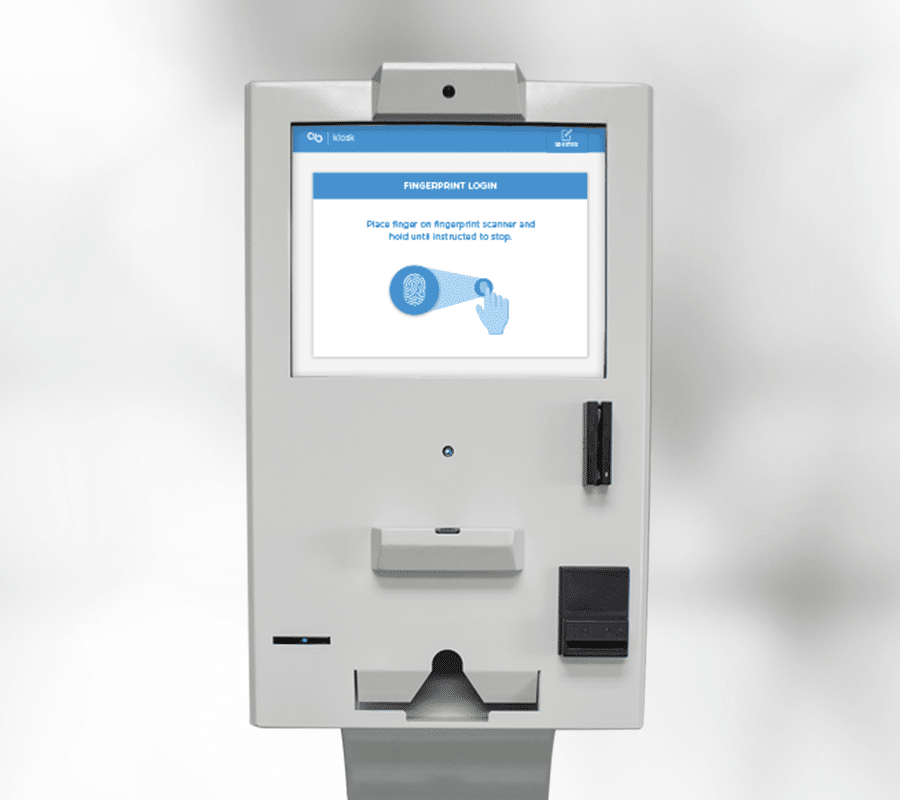 Minnesota has over 5,000 people on probation, out of which a good number requires substance testing on a daily basis. The state’s goal is to reduce prison costs of over $40,000 a year per inmate, by saving the space for dangerous offenders.

The electronic kiosk enables offenders to get tested in under a minute, instead of lining up and waiting for hours at a state institution. After they get tested, they get a receipt to confirm they checked in. The test only costs $3 and the system can test as many as 40 people per hour.

To make sure the person doesn’t forget to show up, the system automatically sends text and email reminders. It uses biometric finger authentication and takes photos and videos during the test to confirm identity. Authorities receive immediate reports of all tests.

The kiosks are run by Precision Kiosk Technologies (PKT), while the equipment is made by RiverStar, both of Minnesota. According to PKT’s General Manager Patrick McKinney, the company struggled to get a pilot out and first reached out to bars and restaurants that could have used it to let people know if they were fit to drive. Not many showed interest.

“A deputy or probation officer doesn’t need to be there at all,” said Patrick McKinney. “We worked throughout 2017 on improving the methodology so that a client could take a complete test in less than a minute. We listened to (prospective) customers, sheriffs and clients, and brought together a product that met all the needs. If a client blows ‘hot,’ the kiosk provides telephone and text messages instantly (to the authorities).”

Starting in 2018, breathalyzer kiosks have already been installed in 10 Wisconsin counties and 10 more are planned to be installed in October in several locations in Indiana. Since rolled out, over 70,000 breathalyzer tests were operated in Portage County, Wisconsin, at an extremely low cost.

Probation officers in Massachusetts have been using wireless, portable breath alcohol devices with automated facial recognition and GPS since 2016.

“We’ve been able to take the kiosk, and with a simple pivot, retool it, add new capability that includes the automated ‘probation check-in,'” McKinney said. “It takes a burden off the court system. And the client doesn’t have to go to the courthouse.”

McKinney claims the company has received several millions from private investors and expects to produce positive cash flow once 35 kiosks are installed following its growth plan to more counties and municipalities.

PKT is not the first company to tap into this market. In 2016, an inventor from Las Vegas developed the SAFETY WHEEL, a vehicle breathalyzer enhanced by a biometric authentication system, ensuring only an authorized vehicle operator can use their vehicle’s breathalyzer and drive the vehicle when sober.

In 2018, an automated breathalyzer kiosk featuring fingerprint biometrics from Integrated Biometrics was launched by Breathalytics to free parole and probation officers from having to carry out sobriety tests manually.