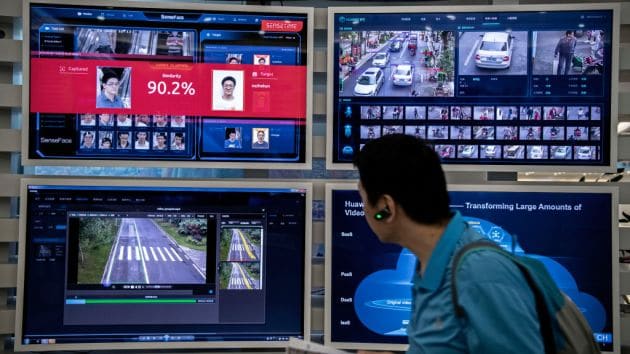 Authorities in Bolivia have deployed 600 cameras with facial recognition, to go along with 2,000 units already in service, as part of the country’s BOL-110 Integrated System for Citizen Security, but critics are warning that the biometric surveillance technology is part of an effort by China to export its citizen control model to other markets, Diálogo Americas reports.

Bolivian newspaper Opinión, per Diálogo, reports that the system involved the construction of the Command and Control National Center in La Paz by China National Electronics Service Company Limited for more than $105 million.

In the second phase of the project, the government plans to deploy 840 cameras for automated vehicle license plate recognition.

“The goal of these systems is to have control, even if people feel harassed and observed. That’s what it’s all about, being in control,” Cesar Ortiz Anderson, head of the nongovernmental organization Peruvian Pro-Citizen Security Association, told Diálogo. “The authorities can use these tools for repression, just like they do in China and other authoritarian countries.”

Bolivian Government Minister Carlos Romero has told the press that the new system will make Bolivia the safest country on the continent.

A report from Freedom House last year suggested that China’s deals with other authoritarian governments could enable extensive data gathering, and the organization has since warned that other countries are adopting China’s digital authoritarianism model.

Facial recognition and other surveillance technologies from China’s Huawei have also been deployed to Serbia’s capital Belgrade, CBS News reports.

Huawei Safe City products have been sold to customers in Turkey, Russia, Ukraine, Azerbaijan, Angola, Laos, Kazakhstan, Kenya, and Uganda, as well as Germany, France, and Italy. It is now used in some 230 cities, according to CBS.

The country’s former personal data protection commissioner recently said the system could be used against political opponents of the government, which could be illegal. A spokesperson for Ugandan musician and activist Bobby Wine denied that that country’s deployment of facial recognition was intended to combat crime, saying they are politically motivated and intended to hunt down opponents.