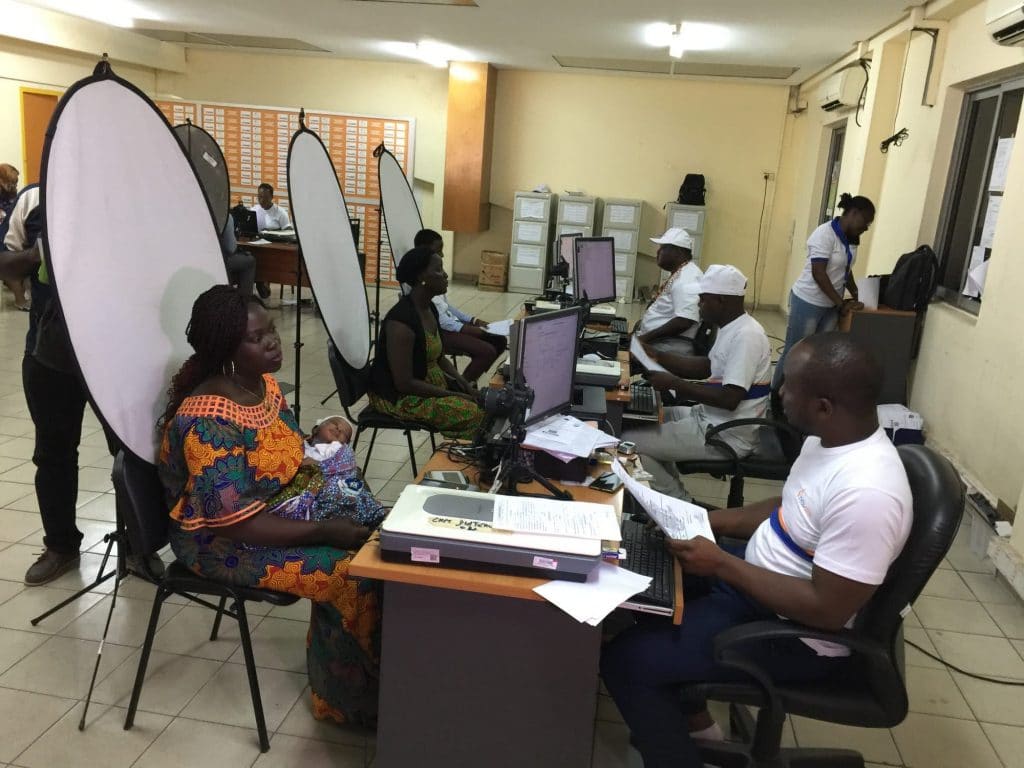 Biometrics for healthcare access comes to the fore this week as a new national healthcare scheme in Côte d’Ivoire moves into the mass sign-up stage, while at the highly-categorized end of the spectrum, Kenya rolls out a health provision scheme based on iris recognition for people living with HIV. Both projects face challenges to acceptance and privacy.

Omidyar Network has released a statement on why it supports the Smart Africa scheme and the importance of providing ID to those less likely to be documented, including women. In the same vein, members of Women in Identity have climbed Mt. Toubkal, the tallest mountain in North Africa to raise money to fund travel and expenses for at least one member of the organization to reach the next ID4Africa summit, pun intended. ID4Africa 2020 will take place from June 2-4 in Marrakech. Inclusion is a vital part of the ID4Africa movement and to help more women have their say at the event, sponsor the climbers here at Go Fund Me.

A patient verification system based on iris scanning is ready to go into operation after successful trials with people living with HIV in both rural and urban areas, reports The Standard. This averts the potential threat of the withdrawal of foreign funding for HIV, though could be problematic given Kenya has a questionable record of data protection.

The system was tested on 8,794 HIV patients of whom only 100 are reported to have declined to be enrolled in the study at four hospitals in western Kenya. The results are significant as biometric patient registration is a requirement of Pepfar – the U.S. President’s Emergency Plan for AIDS Relief.

According to the report, Pepfar demanded biometric patient verification “due to what it suggests as data manipulation in Kenya, meant to project a bigger HIV epidemic and hence higher funding.”

Previous attempts at introducing biometric registration were opposed by civil rights groups who also fought the government over biometric registration of homosexuals and sex workers. The country’s president only just signed a data privacy bill on November 8 after an attempt to throttle the independence of the new data protection commission was dropped.

Côte d’Ivoire has launched a compulsory, biometrics-based national health insurance scheme with the aim of improving access to affordable healthcare for all. The scheme, Couverture Maladie Universelle (Universal Medical Coverage, known by its French initials CMU), launched for the general public on October 1 and with registration centers now seeing large numbers of people attending on a daily basis. November 22 was the date when the medicines covered should have been in place across pharmacies.

The scheme is operated by Ivorian conglomerate Snedai, using Suprema fingerprint scanners. ID is required to register such as a birth certificate, marriage certificate or proof of employment. The scheme is open to people of all ages with photos taken for all and fingerprints for those aged 13 and over. Applicants will be issued with a photo smart card.

For the monthly contribution of 1000FCFA (US$1.70) per person, holders of the card will receive 70 percent off consultations and treatments at public hospitals for most illnesses. Public understanding of the scheme remains low, though around 10 percent of the population are now registered after previous rounds for students and civil servants.

Some are skeptical of the compulsory scheme. It only covers public hospitals which are crowded and inaccessible to many. However, the government will fund the scheme for the 500,000 people it deems the most in need of financial help.

Tanzania: SIM card U-turn as cards will not be deactivated after deadline

Mobile device users who have not biometrically registered their SIM cards by the December 31 deadline will no longer have their cards blocked as previously stated by the government. The Minister for Home Affairs, Kangi Lugola, informed parliament of the change, two days after Tanzania’s telecom watchdog announced that over 31 million subscribers had yet to undergo biometric registration, reports Xinhua.

Lugola told parliament that only around 13 to 14 million of Tanzania’s 55 million strong population had the national ID cards or ID numbers necessary for undergoing biometric registration.

Pan-Africa: Omidyar Network on why they invested in Smart Africa

Smart Africa is an African Union initiative to accelerate socioeconomic development on the continent through access to affordable broadband and ICT with the goal of reaching a single digital economy. Its emphasis on e-governance is significant for digital ID projects across the continent. Omidyar Network, the philanthropic investors, are backing the project as it matches their Good ID scheme which aims to help deliver access to services and opportunities via digital ID.

News in Brief and Updates

Link – Nigeria: Our coverage of the opening of the BIO-key Africa subsidiary in Lagos, Nigeria, to take advantage of the growing demand for biometric security on the continent.

In brief – Nigeria: former chairman of the Pension Reform Task Team is re-arraigned over charges including receiving money allegedly defrauded from a biometric pensions scheme.

In brief – Sierra Leone: Sierra Leonian President Bio visits the Orange Laboratory in Paris to learn about issues such as digital ID.

In brief – UK/Ghana: Ghana’s Bace API, a facial recognition system, is shortlisted for the Royal Academy of Engineering’s Africa Prize of Engineering Innovation 2020.

Update – Nigeria: The dispute rumbles on over who’s to blame for biometric failures in the national JAMB university entrance exams, here and here.

Update – Liberia: The National Identity Registry held a two-day workshop on how private institutions can access the biometric verification platform launched in May 2019.