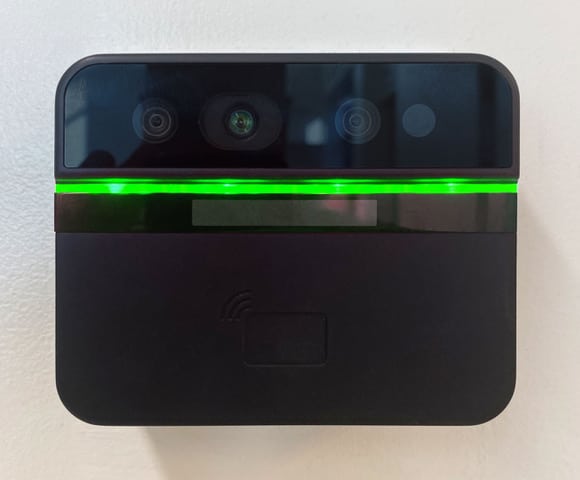 “The security department was a natural place to start with coverage from the Alcatraz Rock and facial recognition access control,” says MLKCH Director of Support Services Mark Reed in a case study by Alcatraz 3D. “Our security department obviously has a huge role in maintaining a safe and secure hospital environment for patients, staff, and guests and therefore houses important employees and information. Controlling access to this security area is key and we wanted to ensure that only those individuals that are supposed to be coming and going are the ones that are actually coming and going. What better way is there to verify identity than with facial recognition?”

“You can either enroll someone’s face or you can set it up to automatically learn an employee’s face as they use their badge. We expected it might take a while to learn each employee’s face and to transition to facial recognition only, but by the second day it learned who I was. As I was walking up to the door, the Alcatraz Rock reader detected my face, recognized me, and permitted me to pass through without using my badge,” he adds.

The organization decided after implementation that the badges were not necessary, and removed the physical factor in favor of facial recognition as a single factor for reduced friction. Reed says the technology has “been 100 percent effective” so far and without issues.

MLKCH is planning to deploy a dozen more Alcatraz Rocks during the first half of 2020 to cover high security and critical access areas, including IT areas covered by HIPAA, according to the case study.

“We have won several technology awards due to our emphasis in marketing ourselves as a hospital of the future,” comments Reed. “By incorporating facial recognition and frictionless biometric access control with the Alcatraz Rock, it’s an example of our continuous commitment to security, technology, and to being one of the most technologically-advanced hospitals in Los Angeles and California.”

Opportunities in hospitals are expected to contribute to a 19 percent CAGR in the global healthcare biometrics market from 2019 to 2024, according to a recent report.