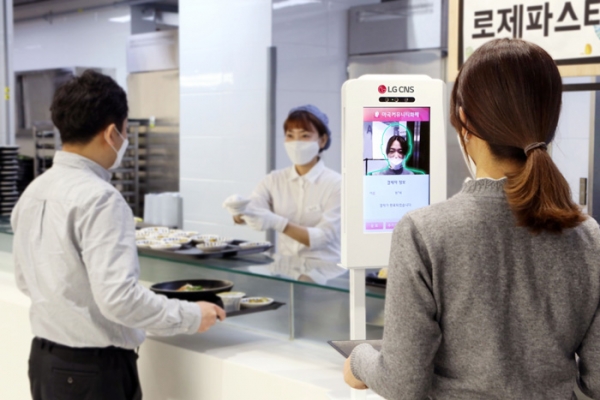 After it confirms employee identity with facial recognition, the blockchain community currency is paid, provided employees gave consent beforehand. This service is an improvement to the previous which involved paying with smart cards or mobile QR codes, according to the report. The goal is to reduce interaction between people and devices to reduce coronavirus infections. LG CNS has been testing the technology since March in one of its Seoul headquarters’ restaurants and wants to expand it to stores.

“It is expected that blockchain-based community currency will be used by a lot more people as it becomes more convenient when it meets AI,” said Lee Joon-won, LG CNS Solution Business Development Manager, in a prepared statement. “As non-face-to-face technologies are applied recently, blockchain that increases transaction reliability will be used more widely.”

LG CNS is a member of the Decentralized Identity (DID) Alliance Korea, which is seeking a leading role in the global movement for personal data control.

In February, LG CNS rolled out AI-based biometric facial recognition technology from Chinese company SenseTime on 26 points of entry at its main office in Seoul to replace ID cards. Since the coronavirus outbreak, only people wearing masks can enter the building, whose temperature is immediately taken. Last year, LG CNS launched the Monachain-based community currency payment system used in restaurants and cafes.