National-level delays among EU and Schengen area states participating in the formation of a massive shared biometric identity database threaten the launch of the resource. States have an agreed framework, but are proving slow to make legal changes which would allow them to share their data with the system, reports Statewatch.

The CIR aims to improve travel safety, tackle crime and prevent overstay by non-EU nationals and is due to be operation by the end of 2023. But according to a report sent from the European Commission to the European Council and seen by Statewatch, multiple participating states are behind in their preparations which would allow these checks.

Less than half have even completed assessments into whether they need to make any legal changes for interoperability known as Article 20. Of the 30 participating EU and Schengen states, three – Iceland, Belgium and Norway – have not even begun their assessments. The results for Greece and Slovakia are simply given as “?” in the report into the progress for the $275 million project.

This delay could take a while to clear as many are leaving their homework to the last minute: “A majority of Member States planned to perform their compliance testing activities at the very last possible time slot. This was mitigated to some extent to have a more even distribution for the time slots but it remains a matter of concern as it indicates that several national implementation projects for the Entry/Exit System will be completed at the very last moment.”

Alongside technical and legal changes, training around the new systems is going badly, particularly for the interoperability and criminal records elements. 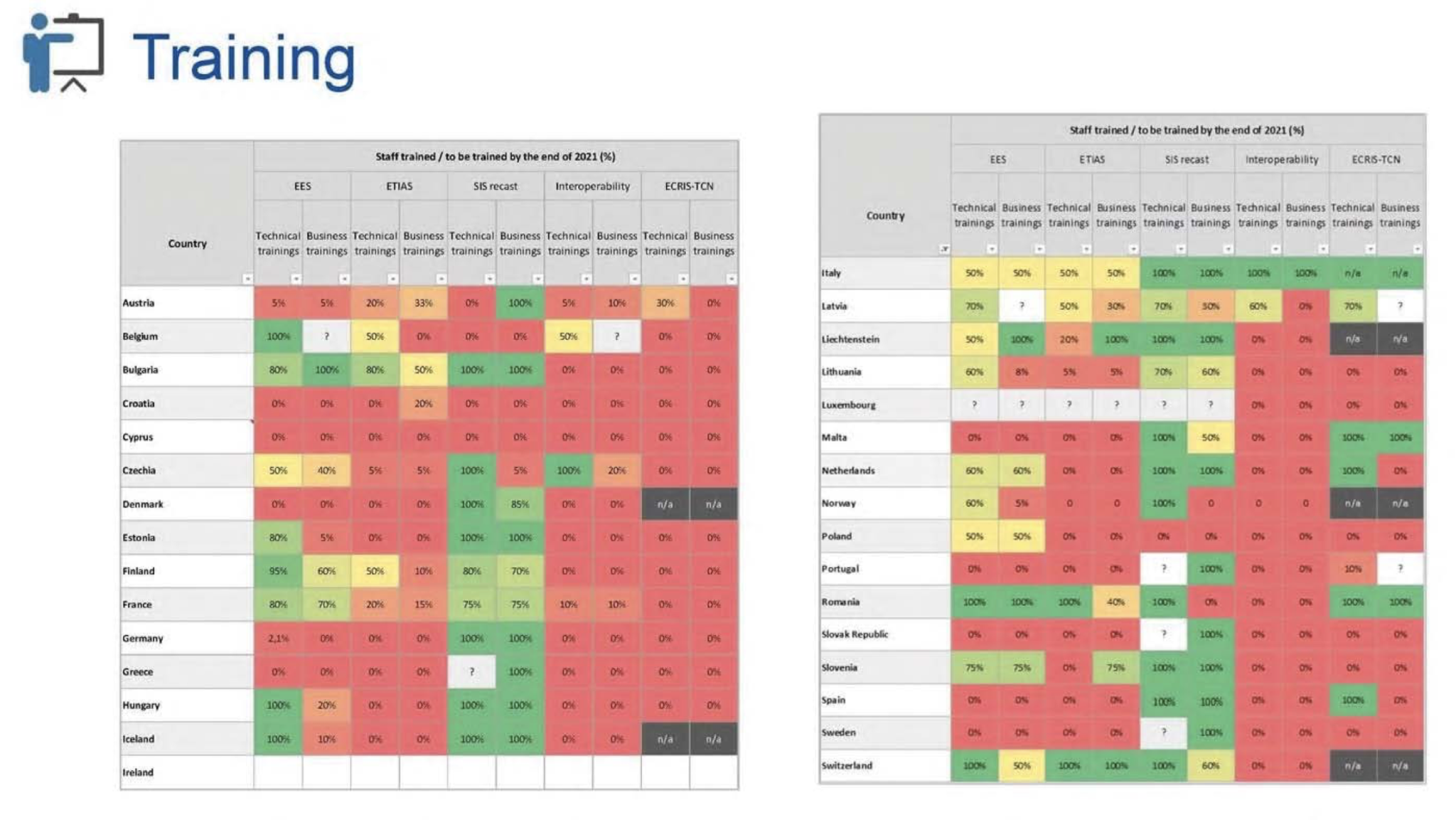 There has been some progress with biometric records according to the report. One of the elements is the Schengen Information System. The report states: “In 2020, Member States carried out half a million fingerprint searches. At the end of 2020, 30 percent of the alerts on persons contained fingerprints (compared to 17 percent in 2019). Nevertheless, there is still an unequal use. Some Member States still need to deploy the search functionality in their national system. It is important that this is done as soon as possible in order to safeguard an equal level of internal security within Schengen.”

According to Statewatch, the CIR could hold records for up to 300 million non-EU nationals. There have been concerns raised by Statewatch and others into the potential for abusing the system to target certain communities or profiles.