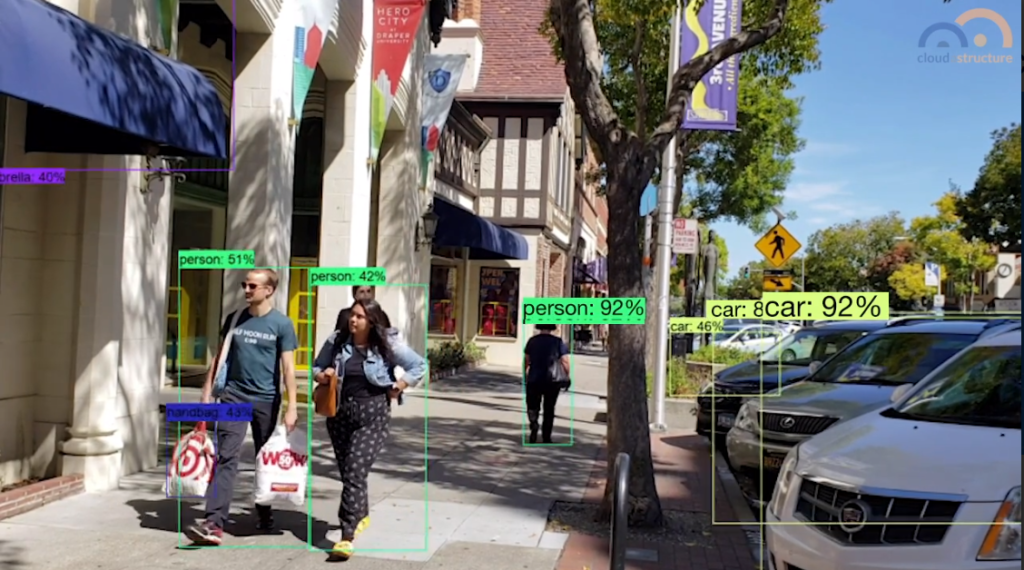 The computer vision market is taking off, and could have transformative impact on a broad range of industries, according to an IDG survey commissioned by Insight.

Against this backdrop, Cloudastructure, which provides cloud-based video surveillance systems including face biometrics to enterprises, has raised $29.6 million in crowd-sourced RegA+ commitments, plus $22 million in exercisable warrants.

Since the crowdfunding operation began, Cloudastructure’s sales and engineering team has grown ten-fold, according to the announcement, and the company plans to use the cash infusion to continue scaling. That effort will include expanded sales and marketing efforts geared towards organic revenue growth, and continual investment in research and development.

Cloudastructure says its cloud video and surveillance provides powerful capabilities at an affordable price, enabling video storage, indexing and access while eliminating security breaches in the firewall. Users can monitor feeds in real time and review recorded history up to ten times as fast as traditional DVRs, it says.

The company uses Google’s Tensorflow machine learning platform for object recognition, and ArcFace for facial recognition. The company touts its AI’s ability to support mask mandates and capacity limits for safe reopening, among a range of access control and security applications.

“We are humbled that our shareholders are putting their faith in us with this funding round,” commented Cloudstructure’s Founder and CEO Rick Bentley. “This investment not only validates what we’ve built but also enables us to continue pursuing our vision of transitioning all traditional video surveillance to our cloud-based model.”

Cloudastructure’s crowdfunding round is still open, with the company seeking an additional $13.2 million.

According to the ‘Early Adopters See Value in Computer Vision’ report, detecting unauthorized entry is the top application for computer vision, with 78 percent adopting or planning to implement computer vision for security. Next most popular implementations are improving employee safety, such as by detecting equipment malfunctions (71 percent), detecting defects in production (58 percent), and improving customer experiences, such as by directing customers to shorter checkout lines (58 percent).

Eliminating tasks which are dangerous, tedious or expensive is a motivator of computer vision adoption for 58 percent of manufacturers and 49 percent of retail and wholesale distribution businesses. Between 40 and 50 percent of companies in the energy sector, healthcare and manufacturing are motivated to augment current processes and improve employee experiences, and 53 percent in energy and utilities see computer vision as a way to keep ahead of their competition.

Over half of businesses in energy (56 percent) and healthcare (51 percent) say they can deliver new and more innovative products and services to their customers with computer vision.

Only 10 percent of organizations say they are using computer vision today, but 37 percent said they have definite plans, and 44 percent are investigating the technology, suggesting that a boom in computer vision is on the horizon.

The global market for AI in computer vision was recently forecast to reach $51.3 billion in 2026 by MarketsandMarkets.