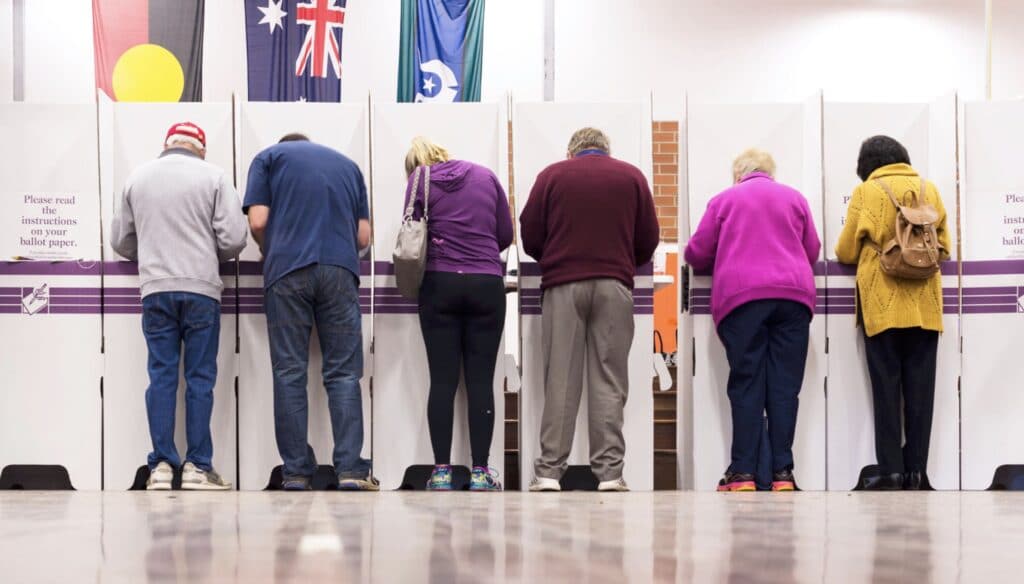 The Australian government is following the UK government in proposing new laws around voter identity authentication at election polling stations to move away from the trust-based nature of voting whereby names and addresses are ticked off a list on entry.

The controversial legislation, if passed, would see people without a fixed address including some including Indigenous and young people, and victims of domestic violence outed from the traditional voting system. Instead, any of those without an acceptable form of identification (passports, driver’s licenses, proof of age cards and other ID documents) would be able to cast a so-called declaration vote, which requires further details like date of birth to be verified by electoral officers or another voter to attest to the person’s identity. Government-issued documents and bank statements will also be acceptable.

Coalition MPs and senators however claim that the new law would eliminate fraudulent votes without disenfranchizing eligible voters. “When [the laws] are applied in the right way, they in no way dampen participation,” says Senate leader Simon Birmingham.

The opposition Labor party and the Greens have publicly denounced the proposed plans, with Labor senators saying in an October report that “there is no culture of voter fraud in Australia and without further evidence, there is no justification for voter identification laws.”

Some have expressed concerns that around disengagement from the political process and the disenfranchisement of vulnerable people, as well lack of clarity in how polling stations will enforce new measures. In September the Australian Human Rights Commission made a submission to a Senate inquiry recommending that One Nation’s separate voter ID bill be blocked, reports The Guardian, echoing disenfranchisement fears.

Australian Electoral Commissioner Tom Rogers claims that the prevalence of existing voter fraud is very low, about 2,000 cases of multiple marks against votes out of 15 million registered voters in the last election. Only two dozen were investigated by police, and no charges were laid.

It is unclear at what point the legislation will be passed into law and take effect.

A similar bill in the UK, published in September, could concurrently require voters to show voter ID in polling stations for UK elections (including parliamentary, local and police) again citing potential voter fraud.

People without existing photo ID will be able to apply for a free voter card, says Parliament, though critics have highlighted the rarity of voter fraud like personation. This bill follows pilots of the system held in 2018 and 2019 which were declared a success.

The government’s Electoral Integrity Programme has launched procurement exercises to develop digital services for identity verification and issuance of voter cards where people do not hold a photo ID. Contracts worth up to £3.75 million (US$5.2m) are available for suppliers over the next two years, though it is not clear how the technologies are expected to work.