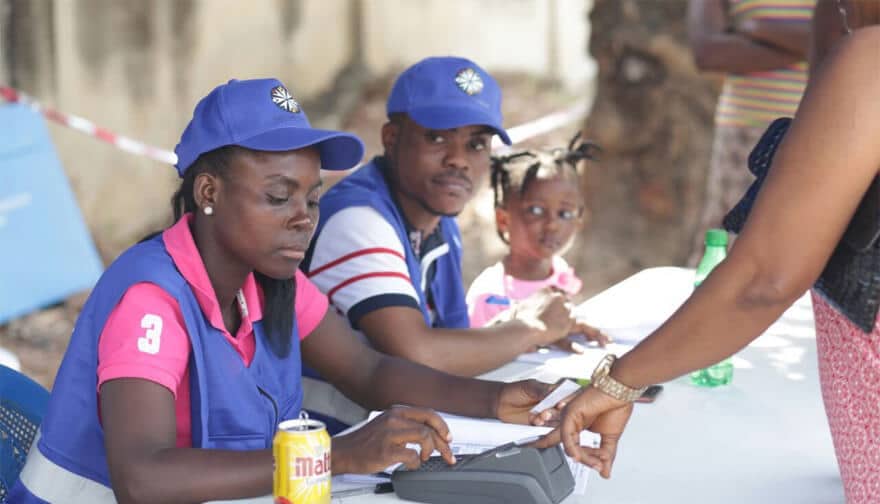 The growing trend of African governments awarding contracts for the manufacturing of biometric credentials and building databases is attracting fresh interest from major biometrics solution providers yet to operate in the region, as familiar names in the business with prior presence on the continent are seemingly worried about the inroads being made by newcomers.

According to an article by Africa Intelligence (subscription required), the biometrics ID market in Africa, which is witnessing high growth, is being dominated mostly by firms from Germany, France and Belgium.

While the market is experiencing dominance from familiar names such as Idemia, Thales, Veridos, Semlex and Zetes, there are new relatively new names such as Augentic who are also forcing their way through the market door.

Africa Intelligence alludes to a biometric ID tender issued by Cameroon recently which has sparked interest not only from the old names, but also from the likes of Augentic which is also running a huge 10-year biometric passport project in the central African nation. It noted that Augentic, whose CEO Labinot Carreti quit Veridos, which already had a presence in Cameroon, was chosen for the country’s biometric passport contract from a bidders list of about a dozen.

The reported €100 million (roughly US$112 million) 10-year concession contract for the new Cameroon national ID has pricked wide interest, per the article, as over a dozen biometrics providers have already submitted their bids. These include German companies Veridos and Mühlbauer, Belgian firms Semlex and Zetes as well as French giants Thales and Idemia.

Apart from the inroads by Augentic which is a relatively young company, the article refers to the lobbying of Semlex, which has gone on to win contracts with almost no competitive process, such as it has recently been accused of doing in Zimbabwe.

Thales, the article states, is in some form of struggle not only to withstand the competition from the newcomers because of its expensive bids, but also over compliance issues which is making it difficult for them to find local partners for some of their projects.

Idemia has had some success in Morocco with its national ID card, vehicle registration and driver’s license projects, it tried in vain to make a market entry into Libya as its plan to win a contract to provide a biometric solution for the country’s upcoming presidential election failed.

DRC not continuing with Semlex

A move by Semlex to sign new biometrics contract in the Democratic Republic of Congo (DRC) has met the rocks after new negotiations with the country’s foreign ministry were halted by President Felix Tshisekedi, Africa Intelligence reveals.

Semlex had signed a contract for the production of biometric passports in DRC with former President Joseph Kabila in 2015. President Tshisekedi is said to have campaigned against the contract which he claimed involved nepotism through a partner.

As Africa Intelligence reports, news of plans to negotiate a new contract with Semlex came when the President was on a recent trip to Israel, but he reportedly told his collaborators not to proceed with the move.

The Belgian company has been embroiled in a number of controversies related to its biometrics contracts in Africa in the past.

Liberia’s Anti-Corruption Commission (LACC) says it is opening a probe against the entire board of the National Elections Commission (NEC) for reportedly renting facial recognition fever detection devices at exorbitant rates.

According to Front Page Africa, the NEC rented 20 of the thermometers used to detect the temperatures of voters during last weekend’s by-elections in the Counties of Bomi, Nimba, Bong and Grand Gedeh, at a fee of US$9,166 per unit, while the device is said to cost about $1,500 at purchase points. The NEC spent a total of $183,320 on the 20 devices.

LACC Chairman Edward Martin was quoted as telling VOA’s Daybreak Africa that the Commission was deeply concerned about the development and was launching an investigation in order to understand all the issues around the matter.

There are also reports that the contract to rent the devices was outsourced to a company that allegedly has links with an NEC Commissioner, Front Page Africa mentions.

Meanwhile, The Daily Observer, in a report, gave further details on the matter, mentioning that the NEC rented the equipment from Tuma Enterprise, a company whose vice president for Operations, David T. Browne, happens to be the biological brother of Davidetta Browne Lansanah, chairperson of the NEC.

Roseline Kowo, executive director of the Public Procurement and Concession Commission (PPCC), the body that regulates public contracts in Liberia, told The Daily Observer she had not seen details about the contract and had no information about the transaction.