Biometrics use by Canadian border agency increasing. Maybe it already has 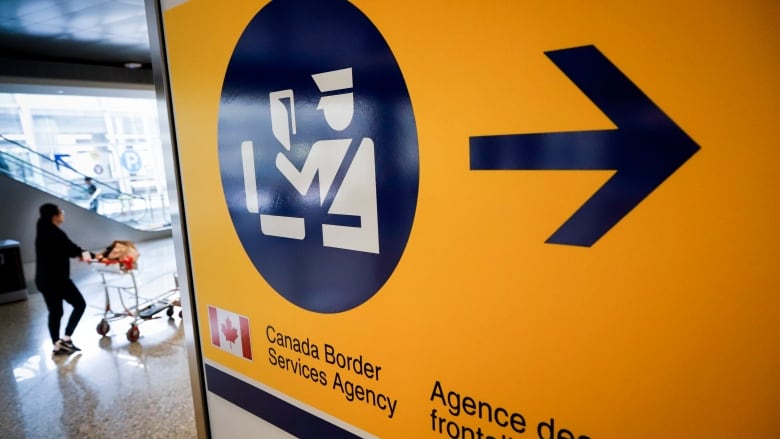 The COVID-19 pandemic has given the impetus for sweeping technological and behavioral change across various organizations, and biometrics are often central to the reform. The Canadian Border Service Agency (CBSA) says it will adapt to bureaucratic challenges posed by the disease through greater digitalization and facial recognition as a verifying method. The expediency is noted, but civil rights activists in the country are taking note over the rise in the use of biometrics. A report from the Toronto Star says a Somali refugee was alleged to be a Kenyan citizen by the CBSA. Some worry that facial recognition technologies are employed by the border services, and argue that they are racially biased.

Canadian border service plans to speed up crossings with biometrics

The reams of paperwork and medical information that border agents must sort through due to COVID-19 are a recurring issue. With this in mind, the CBSA told national media outlet CBC the pandemic allowed it to break “glass ceilings” that impeded the adoption of technologies like biometrics to expedite crossing the border.

Denis Vinette, vice president of the CBSA’s travelers branch, says the agency’s solution was to adopt a cloud platform and develop the ArriveCan app. The ArriveCan app allows airport passengers to send their customs declarations to the CBSA before the plane lands. “By the time I arrive at the airport, all I’ll be doing is confirming my identity and my arrival,” Vinette says. “And CBSA and other border authorities will have decided already whether or not we have an interest in having an interaction with you.”

Vinette says that pre-pandemic, the average time spent speaking with a customs officer at the land border was 55 seconds. The goal with the new technologies is to shorten it down to 15 seconds. The CBSA plans to expand the app into allowing for submissions of health and customs declarations simultaneously, and specify between people who are travelling by cruise ship, rail, and crossing the land border.

The border agency also plans to integrate face biometrics into NEXUS kiosks that allow users to pass through customs quicker than others. Vinette says the kiosks would function by the user first tapping a NEXUS trusted traveler card, which will trigger the kiosk to take a photo and verify it against a passport photo on file. Then it will ask: Do you have anything to declare above your entitlements?

Other innovations like the use of mobile phones and an app like the current pay-by-phone service are a possibility in the future, Vinette predicted. He adds that traditional options of crossing the border or talking to a customs officer are open.

Beyond cutting down on delays at airport lines, the CBSA is also seeking to increase the use of data analytics to aid its officers in identifying high-risk individuals who are crossing the border. The agency says it could flag individuals who may be trafficking drugs or guns into Canada.

Ann Cavoukian, executive director of the Global Privacy & Security by Design Centre, told the CBC that it is important that travelers “consent to providing their images or information, and to know how the information is going to be used by the government.” She said the risk of privacy problems was “significant” and that “Privacy and security have to be embedded into all of this.”

An incident involving a Somali refugee who was granted permanent residency in Canada has sparked concerns after the CBSA alleged he is a Kenyan citizen who overstayed his student visa, according to the Toronto Star. It has raised questions from immigration lawyers and civil rights activists, who say the federal government may be using facial recognition devices.

Abdiqani Ibrahim Ali, 24, was granted asylum in Canada at his hearing from a refugee judge. But the CBSA says that he is Abdikani Farah Yare, a Kenyan citizen who entered Canada in December 2016 to study at a college in Manitoba but never enrolled. The agency cited its decision on photos of the two men, with one representative of the public safety minister commenting, “There is a strong resemblance between the persons.”

Lawyers who represent large Somali caseloads say there is an increasing number of claims by the CBSA linking former and current Somali refugees to Kenyan travellers. Paul Dineen, who claims to have represented over 1,000 Somali refugee claimants across a 30-year practice, says biometric photo matching is new. The agency denies the use of facial recognition and says it cannot reveal its techniques, but Ali’s lawyer Tina Hlimi says, “It is impossible that it’s done manually.”

Facial recognition has been criticized by a range of groups and institutions that argue it produces racially-biased results that disproportionately effect people with darker skin. The Canadian border system is also accused of a lack of transparency.

Other factors that complicate verifying a refugee claimant’s identity include limited access to biometric data and reliance on Somali government identification that is rarely recognized around the world due to the country’s label as a failed state.

Hlimi says it is critical to know about the technology that matched her clients to individuals in a database as part of procedural fairness. She stressed, “For the client, this is a life or death matter. If they lose their status, they could be deported.”