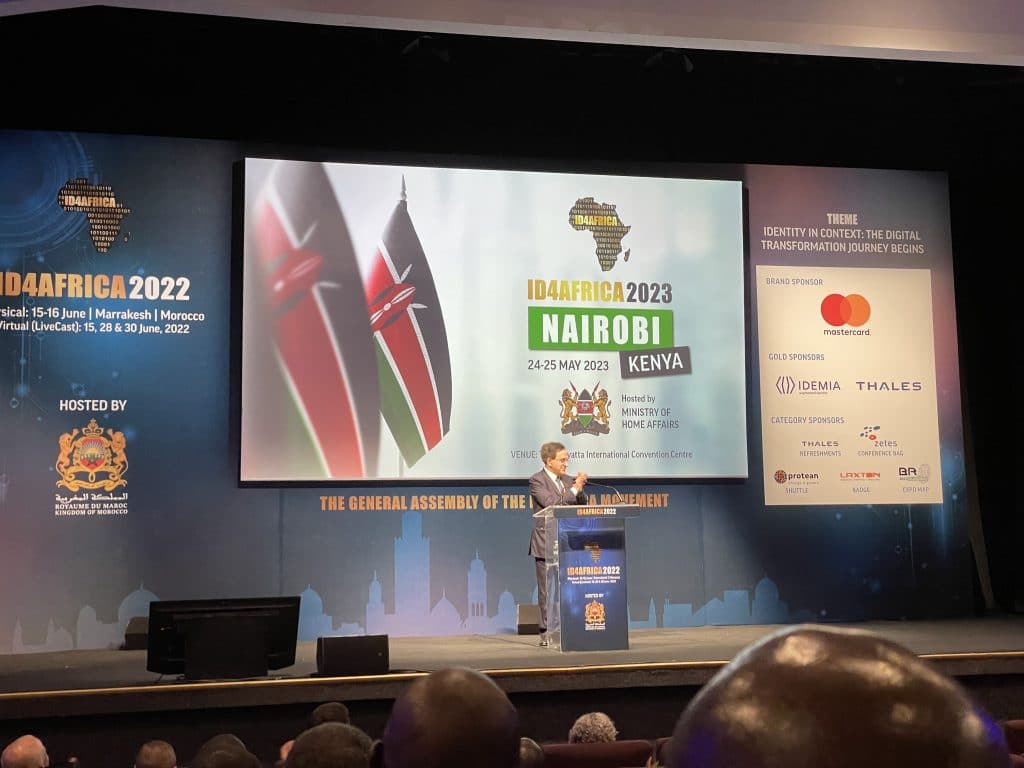 The host city for the ID4Africa 2023 AGM is Nairobi, capital of Kenya, announced Dr. Joseph Atick, the organization’s Executive Chair, at the ongoing 2022 Augmented General Meeting of the digital identity community in Marrakesh, Morocco.

The host was selected via a stringent selection process, which Dr. Atick divulged in detail for the first time, spanning political willingness to proximity of an air transport hub.

The event will take place on 24 and 25 May 2023 at the Kenyatta International Convention Centre, hosted by the Ministry of Home Affairs.

The announcement received enthusiastic applause from the audience in Marrakesh as the Kenyan delegation took to the stage to accept their selection.

“It’s a movement which has been growing, and in Kenya we have been gaining a lot of benefits from attending this conference,” said Secretary-Director of the National Registration Bureau, Ministry of Interior and Coordination of National Government, Kenya, and ID4Africa Ambassador Reuben Kimotho.

Also on stage, Kenya’s head of immigration promised there would be no issues with delegates securing visas, and the head of the civil registry even promised 100 percent birth and death registration by 2030. (The UN presents Kenya as a model country within Agenda 2030, the UN’s Sustainable Development Goals).

Dr. Atick explained that the selection is not a single dimensional process: “Some countries score very highly in some dimensions but poorly in others.”

Pure site logistics are a major factor as the venue needs 5,000sqm (nearly 54,000 square feet) of exhibition space for biometrics vendors, an assembly hall for 400-600 people and spaces for seminars: “space for the event is no brainer.”

A host city must also be a major air hub. A sophisticated computer model of where delegates come from is used to help estimate the cost of flying delegates there.

Then hotel rooms. The event requires around 1,500 hotel rooms from 5 star to 3 star or more affordable.

There are more “subtle criteria.” The security structure of a country, for example. The organization does not want delegates to have to go through very strict security to enter and participate at the venue.

Political will is almost important as are visa requirements and “how willing [immigration authorities] are to work with us.”

“Immigration and customs continue to be the biggest area we can improve,” said Atick, stating that these areas have been issues in all 6 countries so far. “Usually these issues get resolved, but we want to minimize the factors.”

It is a cultural exchange too, said Atick, indicating that rich history and culture are also taken into account.

ID4Africa is now taking expressions of interest for the 2024 event. 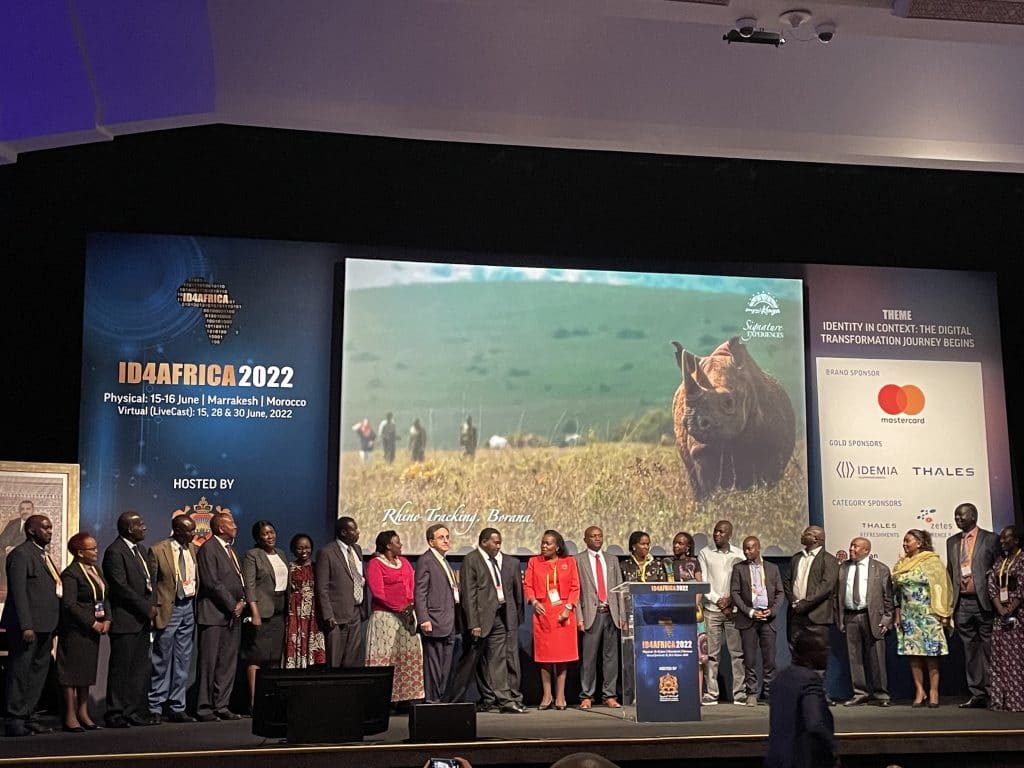 The Kenyan delegation takes to the stage to accept their selection