Integration companies that adopt a consulting based approach to biometric-based security implementations will have a competitive edge in terms of securing military contracts. 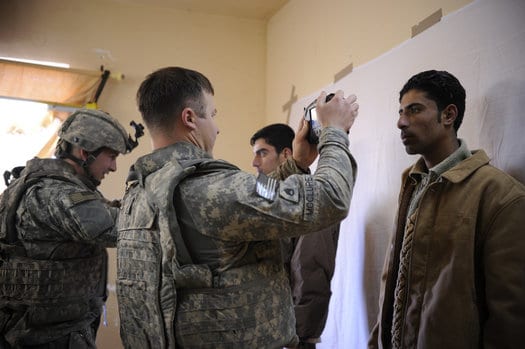 Companies are adopting a two-pronged approach to address customer needs, one being the product-based approach while the other is a solution-based approach. The latter is a consultative approach where companies play a role of a biometric technology consultant and collaborate with the purchaser, whether government and corporate, and their respective facility or information technology (IT) managers to develop optimal security solutions. Companies need to have exceptional expertise with existing security protocols coupled with the ability to combine technology and implementation services.

The competitive biometric solution landscape offers a broad spectrum of consultancy services that are comprised of early-stage involvement with the client, conceptual planning, financial viability assessment, total cost of ownership assessment and security audits, to name a few. Some of the key service offerings under the consultancy model, both during and as ongoing services include: demand forecasting, measurement and verification, installation and maintenance.

Consultants, system integrators and installers hold the key to a biometric system’s success by providing the best mix and match of system parts, suiting individual applications as well as by providing ongoing lifecycle support. Integration companies that are proactive will win more business, especially military contracts.

An example of such a business is GTSI, a provider of technology solutions to federal, state, and local governments. Founded in 1983, the company has helped meet the unique IT needs of more than 1,700 governmental agencies throughout the United States. In August 2011, the firm was awarded a Biometric Automated Toolset-Army (BAT-A) contract by the U.S. Army. This contract was for mobile biometric devices that would assist soldiers in real-time identification of persons of interest in the field. The contract had a total value of $159 million.The award covered a 16-month period and will be executed as part of GTSI’s Information Technology Enterprise Solutions 2 Hardware (ITES-2H) contract with the federal government.

GTSI partnered with Cross Match Technologies, Inc., a leading manufacturer of biometric solutions, to deliver a portable solution that provides a rugged platform capable of capturing multiple biometric modalities in the field.

BAT-A includes an enrollment kit consisting of a laptop and attached biometric collection devices capable of enrollment, verification, and identity detection, together with mobile handheld devices for collecting, storing, and uploading pertinent data to U.S. Army biometrics collection centers. A system of servers containing the biometric database maintains and synchronizes information, ensuring that data collected at one location is available at others.

The U.S. Army launched a weeklong training program to help integrate biometric technologies into the mobilization program of the U.S. Army. The U.S. military has gone on record to state that biometrics is an important tool that can separate friend from foe on the battlefield. Biometrics will be a key technology for deployed personnel engaged in future urban terrain operations.

The brigade engaged in a 40-hour training program focused primarily on how to operate the biometric equipment. Soldiers were taught how to correctly enroll and identify individuals, along with the proper management of their data files. A team comprised both military and civilian experts who taught the course.

The fielding of military grade biometrics equipment is currently occurring in Afghanistan. Forward operation personnel will see their old handheld Interagency Detection Equipment replaced with the Secure Electronic Enrollment Kits. The kit, which is called SEEK II, has been extensively tested.

The kit not only enrolls an individual but also launches a simultaneous search to determine if a person is on a watch list. The new hardware also has improved fingerprint recognition and iris image capture capabilities. Soldiers at the ground level are expected to collect not only usable biometric data but also enroll civilians who are willing to submit themselves.

Leaders in the military ranks believe that they have a better chance of fighting the enemy through biometrics than firing a gun. By painting a picture on a hard to identify enemy, soldiers are more focused on the persons they should be watching. Integration consultancies such as GTSI will continue to aid in the effort, concurrently increasing their revenue stream while strengthening the operational capacity of the U.S. military on the battlefield.