NEXT Biometrics prepares to scale under new CEO 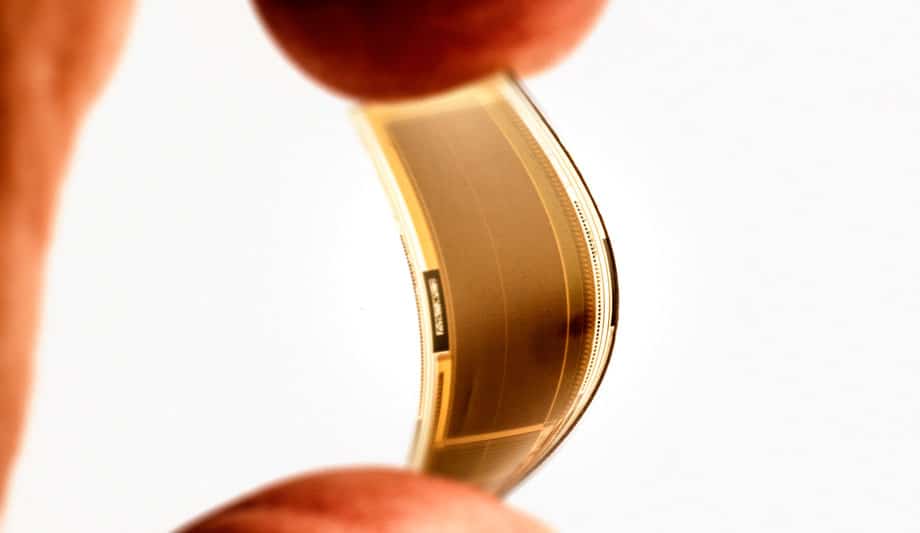 NEXT Biometrics is a familiar name in the fingerprint sensor market, having shipped its two millionth sensor in April, and with a company history that includes integration into Dell laptops, and its innovation of flexible fingerprint sensors to add biometric security to smartcards. The company has entered a new phase, however, led by new CEO Ritu Favre, and is preparing to leverage its extensive research and development by entering new market segments and scaling production.

There are four markets NEXT is targeting. It will continue supplying sensors for notebooks, but with a focus on commercial, rugged, high security products. Another market NEXT is currently supplying is access control, with recently announced deals to supply sensors for secure luggage and to a Tier 1 semiconductor company in the access control and government ID space. NEXT remains focused on smartcards, and Favre told Biometric Update in an exclusive interview that the company has begun delivering against its previously announced first volumetric order for biometric smartcards. The company has also begun the process of entering the government market.

Favre says the advantages NEXT has give it an excellent opportunity to meet a broader set of uses than it has been able to focus on so far. It developed its large, flexible, ISO-compliant, low-cost sensor, and a “power road-map” primarily to serve the smartcard market, but some or all of those characteristics could prove compelling to customers in the other markets it is increasingly focused on.

The process of scaling the company and reaching new markets motivated the appointment of Favre as CEO in February, replacing founder Tore Itholm-Edsøe, as well as the May appointment of Zehira Dadon-Sitbon as Vice President of Product and Program Management and Dan Cronin as Executive Vice President of Engineering. The first additions to NEXT’s leadership team under Favre, Dadon-Sitbon and Cronin bring 60 years of semiconductor experience to the company.

In the longer term, Favre’s vision for NEXT includes participation in the potentially enormous government ID market. Gaining access to that market is a slow process, as products must pass through the rigorous screening, certification, and testing process for each potential government customer before the company can attempt to sell to them. Most government-approved fingerprint sensors are optical, Favre notes, while NEXT uses a proprietary active thermal technology.

“Step one is to prove all of what we’re saying, which is we have a large sensor, it’s ISO certified, it’s as secure as everything that’s out there, and by the way we can come in with a better cost per unit size benefit,” she says.

The company will take a two-pronged approach to reaching government certification, seeking partners with devices certified for government use, and also pursuing the certification of the sensors themselves for integration in new devices. Government and smartcards are both long-cycle markets, Favre points out, with bulk volume sales coming only after certification, the right partnerships, a fully-integrated product, market demand and production capacity have all been developed.

Having achieved the production capacity in partnership with Innolux, NEXT is ready to play a central role in the biometric smartcard market, just as that market emerges. That emergence will provide the market’s other stakeholders, such as card manufacturers, with the motivation to achieve the necessary innovation in their products to integrate NEXT’s sensors.

“We’re one piece of this entire puzzle that needs to come together to enable a smartcard fingerprint sensing market,” Favre says. “The next level of innovation that needs to occur is putting together the complex electronics, and provided to card makers and ultimately banks.”

Access control is the next area in which the company expects to make major progress, though that progress will not come in the form of sensational high-volume order announcements, Favre warns. She thinks lower volume orders, perhaps in the five to ten-thousand unit range, with healthy margins for the company could aggregate into a potential boon for the company, however.

“As time goes on, it will start to build on itself,” Favre says. “Maybe a year from now we’ll be able to say ‘that actually ended up being a reasonable amount of business that came into the company’.”

Favre’s excitement about the position NEXT is in is evident as she describes its long-term potential in the access control market. “You still have all these different places that people are finding to put fingerprint sensors into. It’s not these sexy applications which is in a billion units a year, but having let’s say a hundred different ten-thousand fingerprint-sensor opportunities is exciting!”

Asked about joining the relatively small group of women CEOs in the technology industry, Favre reflects on the early part of her career, during which she was not subjected to any of the headline-grabbing sexism that has gotten many tech companies into trouble. This made her skeptical of the degree of bias in the field, but as she advanced in her career, Favre became increasingly aware of it.

“As time went along I started to see that there is this subtle difference in the way you’re treated being a female minority, versus being in the majority.”

Favre says that while building her career to this point and encouraging her daughter to pursue STEM (science, technology, engineering and math) subjects, she has seen more obvious examples of the inequality embedded in the culture. She also sees more women in engineering than ever before, however, and hopes to lead by example, scaling NEXT into a larger company, while continuing to address the issue with the media, analysts, and industry.

“If there’s one or two women who end up seeing an article and getting inspired, it helps the field,” Favre says.

Inspiration and recognition follows sales results, and Favre is confidant that those will grow dramatically in the near future for NEXT. “We’re ready. We have a really exciting product and technology. We’ve been strengthening the management team.”

The company will ramp up its marketing efforts to reach new markets, and is looking for new partners in several areas, including a global distribution partner which Favre says will be a bridge to a significant new stream of revenue. With ambitious plans and production capacity the next phase for NEXT could be a steady climb broken by sudden leaps, much like the 26 year career of Favre herself.