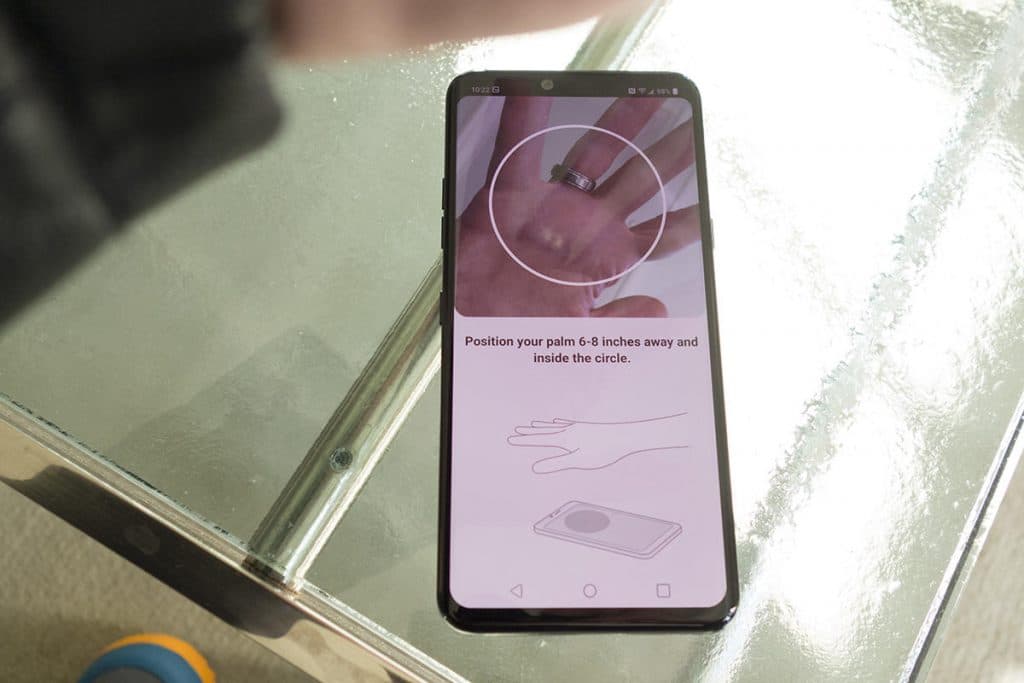 LG has introduced palm vein authentication technology to its G8S smartphone, which is now available in Australia, according to EFTM, to provide biometric device unlocking.

To biometrically enroll for ‘Hand ID’ palm vein recognition on LG G8 ThinQ devices, the user is directed to place a hand 6 inches above the device, and slowly lower it. The front, depth-sensing camera reads a hand placed about 4 inches above it for matching.

The LG G8 ThinQ family also includes facial verification and a rear fingerprint sensor as well, so the new feature is meant to be used at times when it is not convenient to pick up the phone.

“LG G8 ThinQ has features never before seen on a phone and was meticulously designed to give consumers the latest technology from LG,” said LG North America President and CEO William Cho when the ThinQ family was introduced. “With multiple forms of biometric security – including newly introduced Hand ID and 3D Face Unlock – Air Motion touchless controls, a front-facing ToF sensor and Crystal Sound OLED, LG G8 ThinQ is LG’s most innovative smartphone yet.”