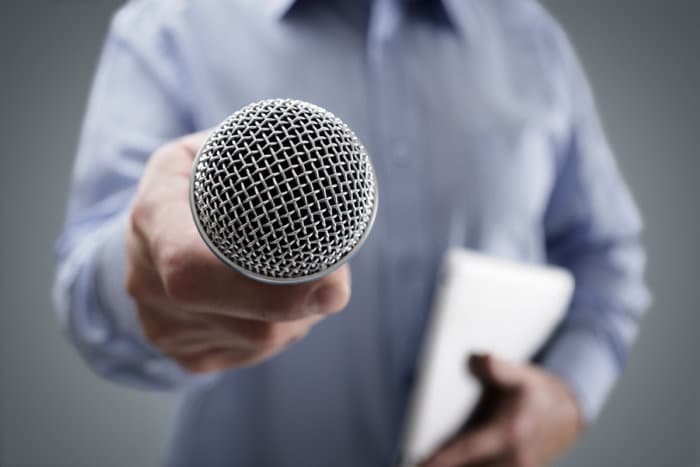 Biometric payment cards, the emerging automotive market for fingerprint recognition, the quality of datasets for training artificial intelligence algorithms, the growth of airport biometrics, new models for digital identity, and providing digital legal identity to those without it, including children, are among the wide range of topics discussed with Biometric Update by expert insiders in 2019. From major global organizations, established industry players, niche biometric technology suppliers and ambitious startups, the deep knowledge and passionate opinion shared has enriched our daily coverage, and the industry ecosystem.

During the past 12 months, 64 feature reports have been published by Biometric Update, most of them based on interviews with executives from leading biometrics companies and thought leaders from the broader digital identity community. Some are based on multiple interviews, and some on primary research into new developments in the industry’s most pressing issues.

The 12 most-read of these reports are collected here to point out any you may have missed, and provide a reminder of conversations that might be worth a second read.

One of our top feature interviews this year, with UNICEF Associate Director and Global Chief of Child Protection Cornelius Williams, was also included in our top articles of 2019. Williams emphasizes the need for countries in the developing world to establish proper legal and planning foundations to avoid wasting critical government resources on technology which, absent the right system, will not achieve worthy goals such as e-government and improving financial inclusion.

On the same theme, biometrics titan Anil Jain joins a look at the progress toward achieving UN Sustainable Development Goal 16.9, along with leaders from Simprints, Ion, and the University of California at San Diego Design Lab’s Center for Health that developed the Ion. Issues such as fingerprint placement and industry motivation seem to be a bigger hold-up than any limitation of the technology itself, for anyone older than about two years. More research data on infant fingerprints is coming, and will be reported on by Biometric Update in the new year.

A major problem in this regard has been vendor lock-in, as reported each year at ID4Africa. In an effort to solve this problem, the Open Standards Identity API (OSIA) from the Secure Identity Alliance (SIA) and the Modular Open Source Identity Platform (MOSIP) were introduced to the market this year at ID4Africa’s annual meeting. MOSIP is backed by Bill & Melinda Gates Foundation, Sir Ratan Tata Trust and Omidyar Network, and the group’s Legal Counsel Srijoni Sen shared his perspective with Biometric Update, as did SIA’s Marketing and Communication Director Stephanie de Labriolle and Idemia Senior Market Development Manager Debora Comparin.

With the biometric payment card market poised for a critical step towards commercialization at the beginning of the year, insider representatives from Fingerprint Cards, Gemalto, Goode Intelligence, Idex, Mastercard, MeReal and Next spoke about their experiences in and expectations for the market. The race for share of the market is currently underway, and while it is too soon to declare winners, as Mastercard’s Executive Vice President of Identity Solutions Bob Reany says, “(t)he ones that can get their costs down are the ones that are going to win.”

On the same theme, senior leaders and executives at Idemia, Gemalto, Fingerprint Cards and Idex shared their thoughts on the state of fingerprint smartcard technology and how its roll-out would progress at the dawn of 2019. This feature, another of our year’s top stories, includes insight into the next likely frontiers for biometric smartcards; emerging markets and government ID credentials.

Synaptics Director of Concept Prototyping Dr. Andrew Hsu explained the company’s pivot to supplying fingerprint sensors for integration with vehicles, which could be the next consumer item to adopt biometrics as a standard feature. For that to happen, however, an industry with a markedly different attitude towards new technology than smartphone or PC-makers must be convinced to invest. Auto applications could be a significant growth area for biometrics in 2020.

Experts from Innovative Travel Solutions (ITS), NEC North America, SITA, Vision-Box, and IATA break down the deployment of biometrics in airports, both as part of government programs like Biometric Entry/Exit, and as part of a larger ‘frictionless curb-to-gate’ system. Along with smartcards, insiders report that airport biometrics may be ready to move from a stage made up primarily of trials and pilots to widespread adoption in 2020.

Airport biometric deployment efforts in the U.S. have so far been led by a handful of aviation businesses and CBP, but now the TSA is ramping up its activity, providing another reason for optimism in the space. This deep-dive details a program that will likely drive numerous contracts for biometrics providers over the coming years, as authorities seek to ensure the impossibility of commercial air travel under an assumed identity.

Developing technologies with attendant hype, like blockchain and biometric cryptography, are reaching the point where they could potentially provide new and highly-secure methods of logical access control, according to executives with Infinity Optics, IriTech, and Precise Biometrics. Liveness detection and architecture remain available as major tools for secure biometric access to online accounts yet-unused by many organizations, according to thought leaders from Idemia and Mastercard.

Blockchain and architecture were both also prominent in discussions at Internet Identity Workshop XXIX in Silicon Valley, where influential identity professionals and innovators showed significant ambivalence towards biometrics in digital ID. Attendees from Veridium, iRespond, and Evernym shared their thoughts on how biometrics can be leveraged in identity-proving systems that empower users. Self-sovereign identity, as a concept and in operation, is shaping up as a potential major theme for the year ahead.

Controversies dominated biometrics industry headlines as never before in 2019, with privacy concerns, as above, colliding with worries about the possibility of uneven accuracy for different populations, entrenching social inequalities and leading to less-than-promised results. As part of its efforts to reduce what is usually called “bias” in facial recognition, IBM launched the “Diversity in Faces” biometric dataset at the beginning of the year. IBM Fellow and Manager of AI Tech Dr. John Smith explained the importance of the publicly-available data set, but also why it is only one step in what must be an industry-wide process.

As biometrics are increasingly used for all of the above applications and more (note that biometric ubiquity in smartphones appear to be last year’s news), regulation is often considered a barrier to biometric industry growth. That may be changing, and another growth area may be opening up, however, thanks to privacy regulations, according to ImageWare Systems CTO David Harding. The requirements of CCPA, which will ultimately set the bar for businesses all over the country, put control of access to sensitive data beyond the capacities of most companies requiring them to bring in identity management providers offering biometrics instead of passwords to prevent data breaches.

Interviews are lined up and features already underway for the new year, as online identity, smart things and payment cards, regulation and privacy are all likely to compete with technological innovation, strategic partnerships and new deals for biometrics headlines. Keep reading Biometric Update for insider perspective on these and other topics to stay on top of the latest developments throughout 2020.

Check out our year-end coverage of the most read stories, digital ID in the Global South, as well as our most read guest posts, and industry predictions for 2020 as we wrap up the past 12 months, and look ahead to another year of growth and change.