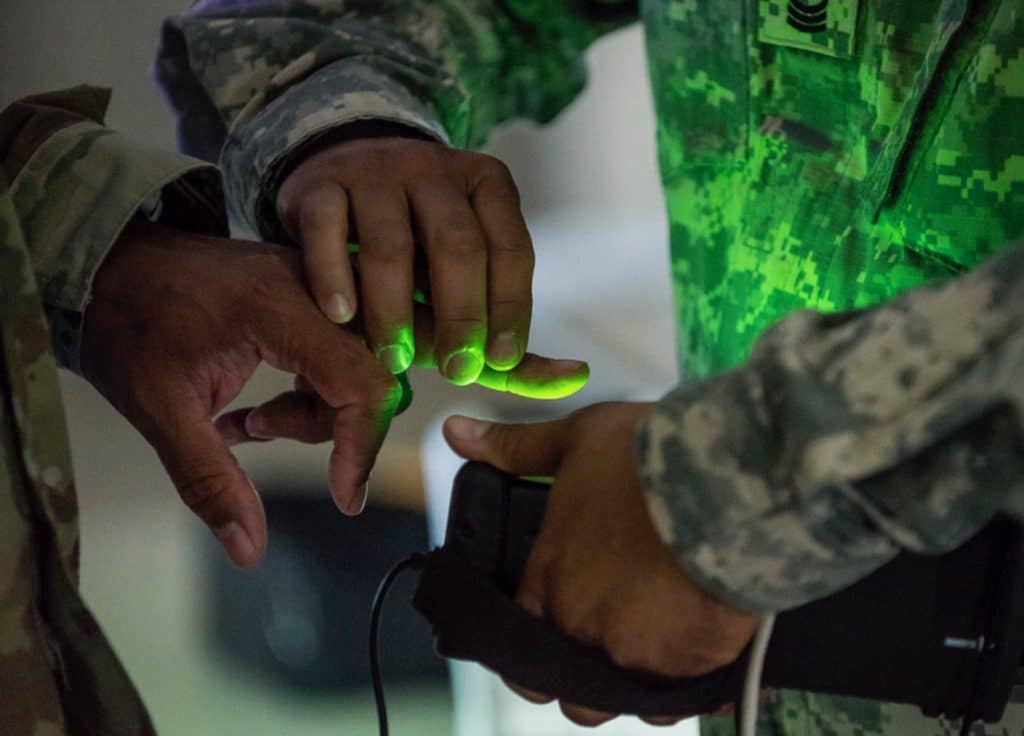 The U.S. Army has developed an update to an important 20-year-old biometric data store, known as the BAT-A database and used by soldiers patrolling key overseas checkpoints.

The database is the back end to a handheld device the size of a small stone paver. The machine is called the biometrics automated toolset – Army, or BAT-A. It records biometric data in the field that then is compared against the Department of Defense’s 1 million-entry biometrics database. Entries include iris, fingerprint and face scans.

The goal of the update was to give soldiers on patrol results that are cleaner and in closer to real-time when they are trying to positively identify a person of interest.

Army software engineers restructured the data to make it more in line with modern architecture practices. A data-conversion tool was part of the bargain. Data-migration and filter tools are due in fiscal 2021.

As upgraded, better filters will prevent extraneous information from being presented to soldiers, improving the integrity of a system that needs to be as accurate and easy to use as possible.

The modernized architecture also will make future updates easier. Database relationships had been done by the front-end application, but those relationships will now be baked into the new database itself. A change to any data will be propagated throughout the entire database.

The Army did not give the price for the changes. They were made by the Army Futures Command’s Command, Control, Communications, Computers, Cyber and Intelligence, Surveillance and Reconnaissance (C5ISR) Center.

Biometrics is a hot area for the Army. Earlier this month, researchers announced technology that would enable surveillance personnel to match infrared facial images against libraries of people photographed in visible light.

On the exotic vanguard of technology, the government is looking at ways to turn people’s heart rhythm into a biometric using lasers.