Face mask: an instinct for self-preservation, a threat towards facial recognition, or maybe both? 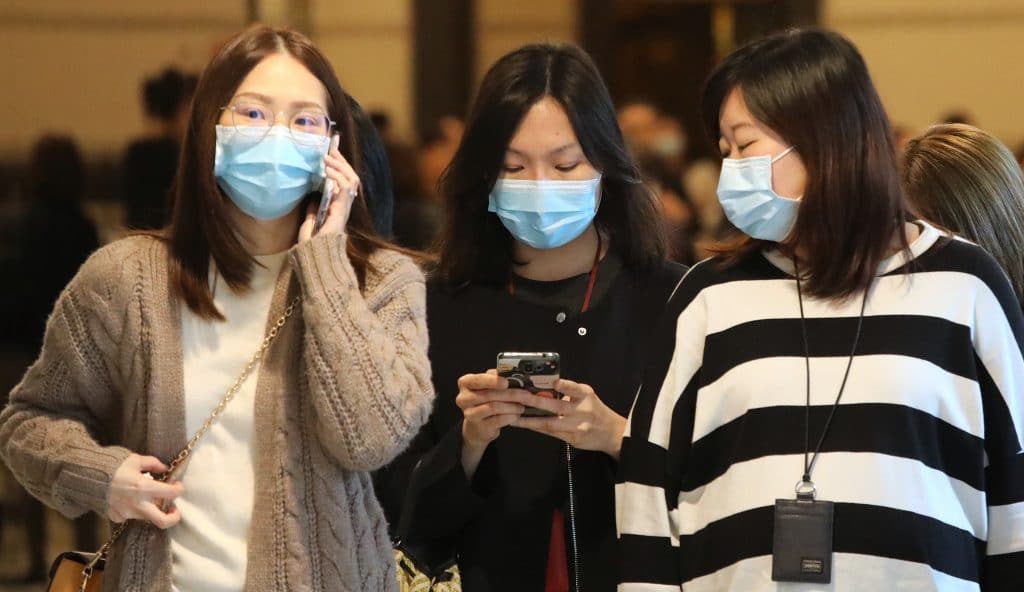 Since the beginning of the century we have witnessed at least three epidemics of transboundary nature which have significantly influenced the public perception of diseases as such. Severe Acute Respiratory Syndrome (SARS), which spread across the world in 2002-2004, outbreaks of avian (“bird flu”) and swine (“swine flu”) influenza viruses in 2003-2015, and the Middle East Respiratory Syndrome (MERS), which emerged in 2012-2013 in Saudi Arabia and in 2015 jumped to South Korea. The outbreak of the Ebola epidemic in Africa somewhat stands alone – its difference from all the above forms of viruses is that Ebola does not spread through the airborne route which has facilitated its successful containment.

It is safe to say that technological progress is, in some way, the main contributor to the global spread of infections. The globalization of technology has advanced movement of people over long distances, be it car, bus or train trips from one city to another, or long cross-border flights. The speed with which viruses can be spread around in our actual living conditions is astonishing. The interesting thing is that the information about the emergence of the virus gets to us even quicker, thanks to the development of information technologies.

Today we are witnessing the growing spread of the decade’s fourth epidemic, and its largest one – on several indicators: in the number of cases, the progress of the virus, and the level of information support. Thus, the traffic on the Chinese website which publishes information on the distribution of coronavirus 2019-nCoV has reached 4 million views per hour, with the total number of visits exceeding one billion since its launch.

So which attribute do all these epidemics have in common? That’s right, face masks. Given the threat of the virus’ spread, seeing someone wearing a medical mask or even a respirator from an extraordinary phenomenon turns into a normal thing, or even a necessity.

A picture from the Associated Press in 2003, for example, depicts a row of young ladies at a ballet class in Hong Kong wearing traditional ballet attire and face masks. A family in New Delhi during the swine flu epidemic is similarly seen in face masks in a 2009 Reuters image.

In today’s China, “face masks” have gone even further.

Wearing a face mask becomes perfectly normal in response to a viral respiratory infection epidemic. In fact, with a risk of becoming infected anytime, anyplace – be it in a public transport, in the theater, in the store or at a dinner party – a face mask is gradually moving into the category of life-sustaining items, such as clothes. Leaving the house in the midst of an epidemic without a face mask can be translated as bad form. In contrast, wearing a face mask is seen as a sign of self-preservation and concern for the health and safety of others around you. And we are not aiming at covering our faces here in doing so – that’s just a side effect. Well, sort of.

Does not this make you wonder what might the future of recognition technologies look like, when everybody is wearing a mask that covers a large part of their faces? In the “Internet of everything” era, face recognition systems become if not the core, but a very important element of public safety, target marketing, and social interactions in general. They are now integral parts of city infrastructure — security cameras are hidden in the areas where you won’t even suspect them to be, such as: streets, airports, and grocery stores, hotels, or sports stadiums. They are there not only to prevent crime by tracking unsavory characters, but also to contribute to effectiveness of targeted sales and advertising, through “knowing-your-customer”. It seems like KYC has taken somewhat more literal meaning.

For most face recognition algorithms to work, the person has to be barefaced, because those algorithms evaluate the face “as a whole”. When the face recognition system spots a medical mask or respirator on the human face, it will most likely respond with a “face is covered”, and refuse further recognition attempts. The chance of recognition failure is even higher in cases where there are some decorative elements on the mask, such as prints or texture: could be an abstract pattern, or a jaw, or Darth Vader’s helmet. Clearly, the scenario where every passerby in the city wears a face mask is not anticipated by the developers during systems testing, the described implications therefore aren’t prevented. However, such a scenario does not seem to sound that surprising anymore.

Face recognition systems will quite obviously become useless in case the majority of people start protecting themselves with a face mask — unless we see some major improvements in the algorithms of those systems, of course. Not only that; relying on them could be dangerous, since the percentage of false positives might increase sharply, which will inevitably lead to malfunctions.

Recognition technologies will certainly be further developed, algorithms will change, and it is conceivable that we will soon witness the emergence of a solution that will be able to provide recognition results at a fairly acceptable standard with only uncovered part of the face. Those results could be then taken into account in the decision making. As of now, the flow of information on the coronavirus epidemic is not only leading to the collapse of cross-border online trade, but it has also significantly affected those sectors which have just started getting accustomed to face recognition systems, and the development of face recognition technology itself.

Vladimir V. Arlazarov, PhD, is the Chief Executive Officer at Smart Engines and an Associate professor at Moscow Institute of Physics and Technology. He has a Ph.D. in Technical Sciences on Development, Application of Recognition Systems and Data Mining and more than 60 patents and scientific publications.