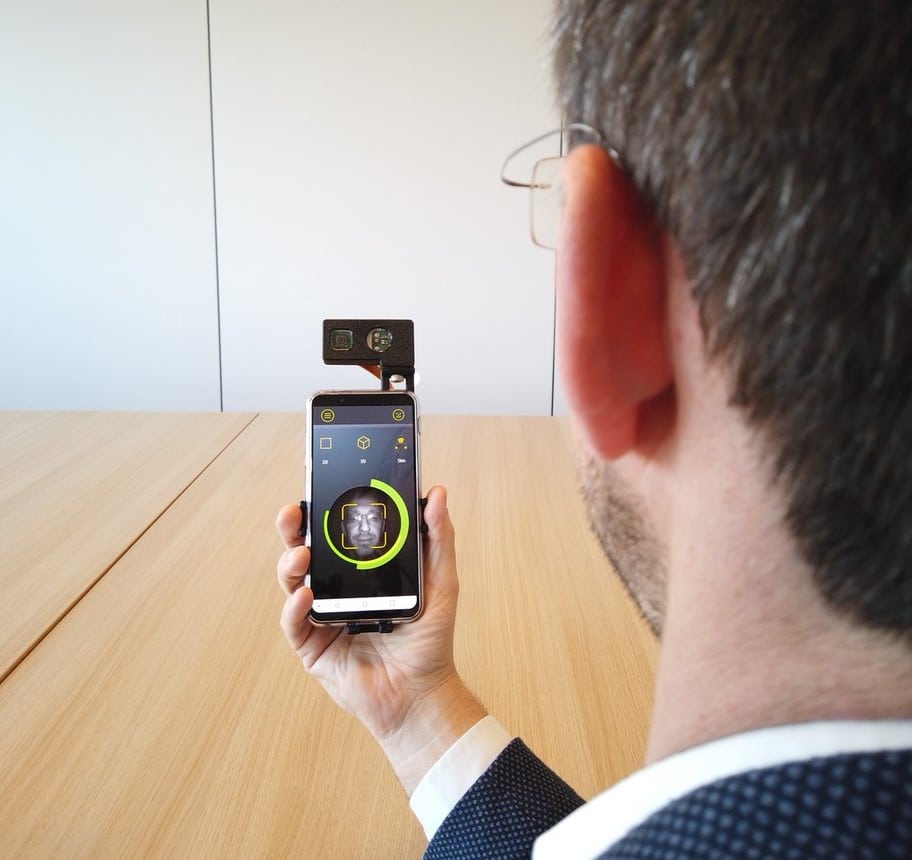 Biometric liveness testing reportedly is taking a big step forward in a Qualcomm accelerator program with a new algorithm that can spot genuine skin.

German chemicals giant BASF SE says materials-classification software written by subsidiary trinamiX can be combined with conventional facial recognition software to verify the identity of someone standing before a single camera.

The new classification algorithm can even tell the difference between a real face and a really good mask, a printed three-dimensional bust or even the face of a recently deceased person, according to the report.

It looks like it will be coming first to Android and Windows hardware first.

The process runs on Qualcomm Hexagon processors mounted on the firm’s Snapdragon mobile platforms. It can work in hardware ranging from phones and laptops to secure access control systems, according to the five-year-old company.

In a Fast Company interview, trinamiX founder Ingmar Bruder said the firm has no plans to sell to notorious surveillance regimes like the one in China, nor is military use a chief motivator.

Researchers with BASF inadvertently discovered that objects reflect, with back scanner, infra-red light depending on what they are made of. Fast Company magazine has a good description of the process.

A video published by trinamiX notes that its process can tell the difference between two objects that are identical except for the materials used to make them. And, because it can identify skin, the process eliminates the need to wear wired gloves in augmented-reality roles.

Two years ago, trinamiX made a small splash with a prototype handheld spectrometer using infrared light that differentiates between materials. In a NewScientist article, the system separated sugar from sweetener, silk and polyester and olive and sunflower oils.