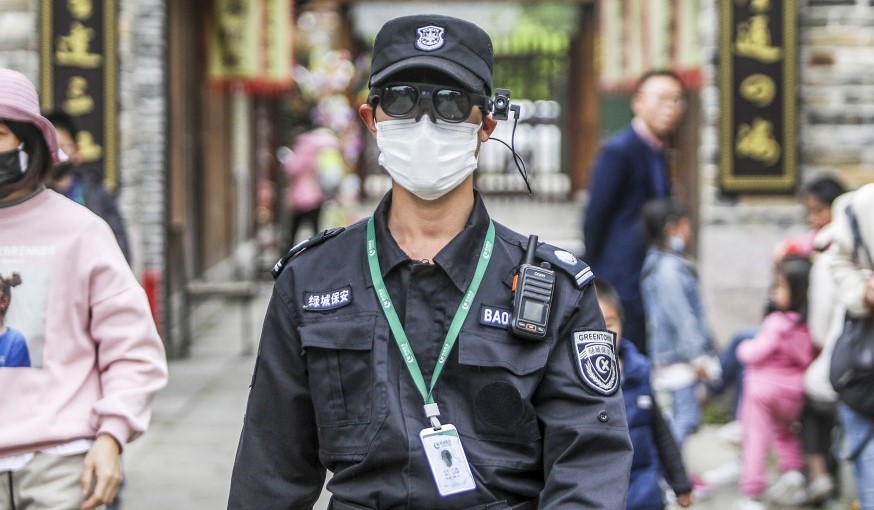 Thanks to an infrared sensor, the T1 thermal glasses can in two minutes take the temperature of as many as 200 people, despite social distancing measures. The smart glasses are equipped with a Qualcomm CPU, a 12 megapixel camera and have AR voice control capabilities to capture live photos and videos. The product offering includes biometric facial recognition and data management technology.

According to an email exchange between TechCrunch and Weee! Founder and CEO Larry Liu, a potential deployment could happen with the online grocer, which is already considering the technology to keep track of warehouse employees’ temperature.

“The clients can do the follow-up action, such as giving them a mask or asking to work from home,” Guan told TechCrunch.

The smart glasses can be connected for IoT features via USB so clients can integrate them with their own platforms. While the company claims not to collect data, U.S. regulators might still have a word or two to say about the risks of Chinese tech companies operating U.S. citizens’ data.

“Regarding this module…we do not take any data to the cloud. For customers, privacy is very important to them. The data measurement is stored locally,” according to Guan.

Rokid was established in 2014 and raised $100 million during a Series B funding round in 2018. Although the company is now developing tech to assist with COVID-19 relief efforts, its focus is to develop AI and AR tech. The new tech was developed in less than two months and the glasses have already been tested in China by schools, parks and national authorities. Future plans include upgrading the tech to work on four people simultaneously.

Other Chinese companies that are working on technologies to fight the virus include Telpo, Hytera, Hikvision, Megvii and SenseTime.

According to Electronic Security Protection Owner Goeffrey Davis, the technology will be implemented at entry in crowded places such as airports and businesses.

Davis says he is negotiating with county sheriff’s departments, but the tech could be used in schools and any business with a high number of employees. The cameras cost roughly $20,000.