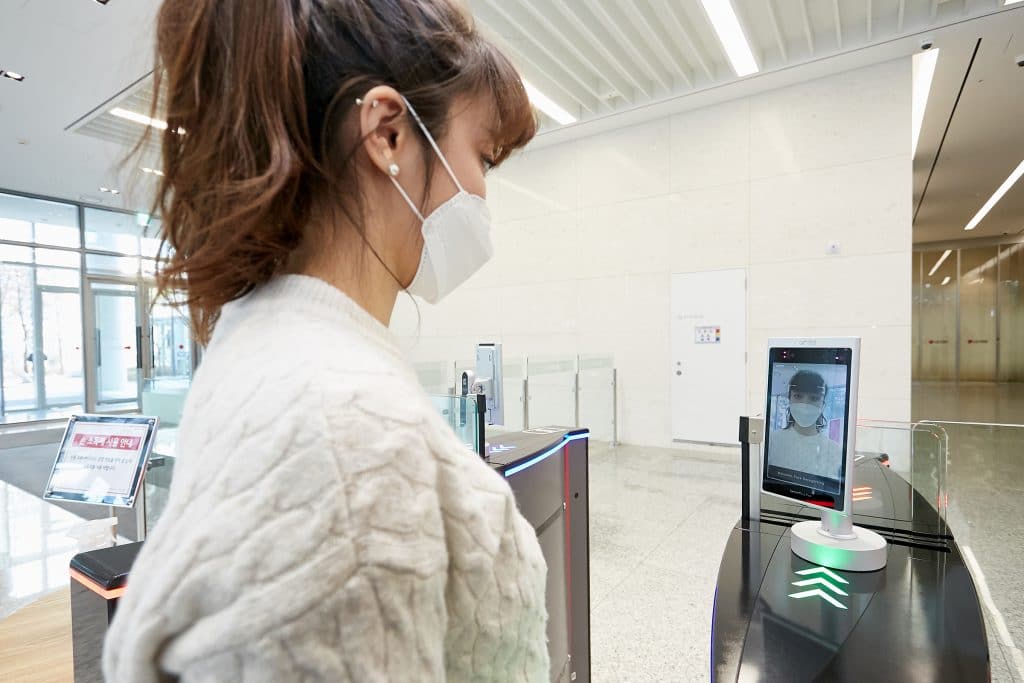 New biometrics solutions and deployments of technology for helping society recover from the COVID-19 pandemic feature prominently among top stories on Biometric Update this week. New technologies for detecting masks, identifying people wearing them, early warning systems, digital ID health credentials and safe-return to work systems continue to be developed, and deployments appear to have begun in earnest. Beyond pandemic response, facial recognition is also part of stories about privacy, worsening business relations between the U.S. and China, and smart cities.

The adaptation of facial recognition for masks, particularly with periocular biometrics, was the subject of our top story of the week, as Spain-based FacePhi, U.S.-based pdActive, and India-based EDGENeural.AI launched new technologies to support touchless processes. Incode, ID.me, Logile, Intelligent Security Systems, BSDU, Spartan Bioscience and Shimmer have also developed new technologies for dealing with the pandemic. Their contributions include digital health credentials, pre-symptom illness detection and body temperature screening.

Herta has launched a new video analytics solution with facial recognition to support safe working environments, and NEC has implemented its own facial recognition, along with mask detection and body temperature screening, at its Tokyo headquarters.

A Cybersecurity Policy Exchange has been launched by Ryerson University’s Leadership Lab, Rogers Cybersecure Catalyst and the Royal Bank, with looking into facial recognition and biometrics among their first orders of business. The group will produce research and recommendations in three policy areas, to begin with.

A new digital identity scheme is being developed by the UK government, this one for businesses. The Department for Business, Energy and Industrial Strategy hopes to improve access to government services and contracts while reducing fraud. The government already operates eight digital identity systems, at a rough count.

WRAL TechWire interviews Global Data Consortium (GDC) CEO and Co-founder William Spruill about his company’s recently announced partnership with Experian and its strategic partnership with Refinitiv as part of a $3.5 million funding round. The challenge getting to that funding resulted in the company developing a better solution, Spruill believes.

Several countries in Africa have made announcements relating to biometric registrations as the pandemic disrupts digital identity programs across the continent. Electronic elections for Nigeria and SIM fraud in Kenya could soon have significant implications for the local biometrics markets.

The restrictions placed by the U.S. government on Chinese companies continue to increase, with Hikvision and Dahua, each of which supply cameras to many facial recognition systems, among those singled out. Businesses pursuing business with the government will have to certify that they do not use any of their products.

Demand for biometric fingerprint modules has prompted Hana Micron to open a second plant in Vietnam, which is now in operation. Hana Micron has partnered with Fingerprint Cards and other sensor suppliers, and plans to increase its capacity to 210 million units.

The impact that changes in behavior from the pandemic will have on the biometrics industry are explored by Fingerprint Cards CEO Christian Fredrikson in a company blog post. With widespread and likely enduring changes in shopping and work habits, biometrics will gain prominence in daily life even as IoT and smart city technologies present the next round of opportunities.

In addition to personal use fingerprint sensors, high-accuracy fingerprint biometrics are the foundation of border control, civil registration and law enforcement processes all over the world. The precision and standards-based quality assurance provided by fingerprints enrolled on specialized contact scanners will play a central role in government identity systems for the foreseeable future, according to a sponsored post.

The U.S. Department of Homeland Security is looking into smart city technology for operational resilience, such as biometric monitoring of first responders to a building fire. A smart lighting project on the border between Brazil and Paraguay with facial recognition shows the level of energy efficiency the technology has reached.

The alleged inclusion of Illinois residents’ faces in IBM’s Diversity in Faces dataset has led to several lawsuits against large companies that used it in training facial recognition. Another BIPA case involves Clearview AI, which has also been accused of violating privacy laws in Europe.

The glowing results of some Chinese companies’ facial recognition algorithms in NIST testing is held up against the stain of allegedly training one to identify ethnic Uighurs by OneZero. The publication questions whether NIST should continue evaluating the algorithms of Entity List companies.

Thorn’s Spotlight tool, which uses facial recognition and other technologies to help investigators find underage sex trafficking victims, has been used to help rescue 15,000 children and identify 17,000 traffickers since 2015, according to a SIA article highlighting positive outcomes from facial biometrics. CBP has caught nearly 300 people trying to enter the U.S. under an assumed identity, and the technology has benefited people through health care and law enforcement.

The Electronic Frontier Foundation (EFF) has launched an initiative it calls the Atlas of Surveillance database, in partnership with the University of Nevada, Reno’s Reynolds School of Journalism. The tool provides information on the surveillance technologies reportedly being used by police across the U.S., including 360 departments using facial recognition.

Goode Intelligence is inviting people to take part in its latest biometric payments survey, and making a donation to The Trussell Group foodbank for each one. That also means we will soon have some new data from the analyst on contactless fingerprint payment cards.

To share an article, video, joke or thread with the biometrics and digital ID community, let us know about it in the comments below or through social media.