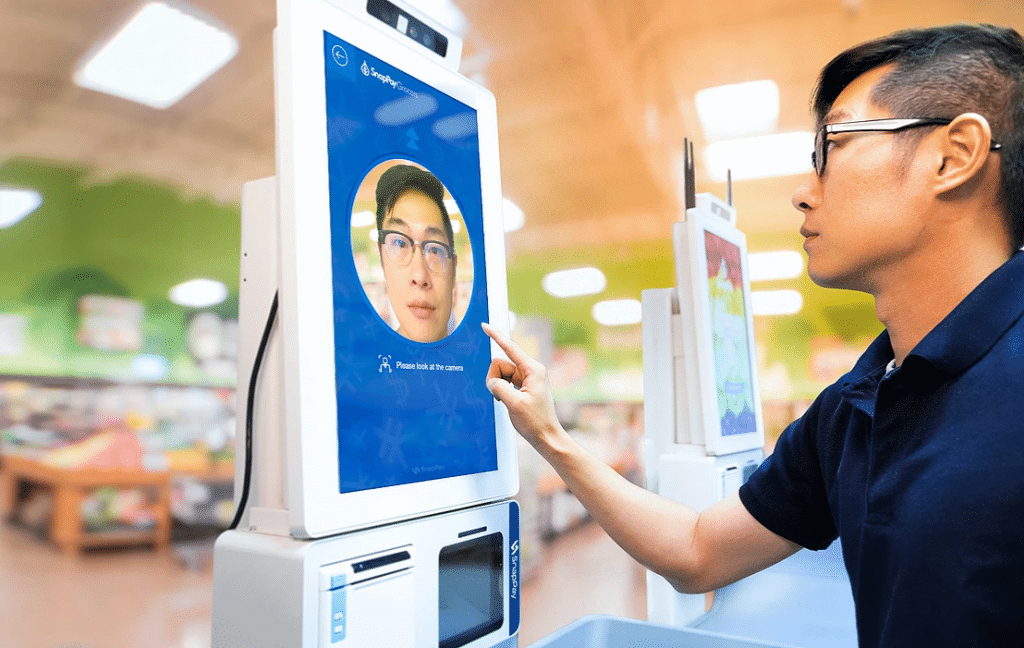 The global biometrics market will grow by $18.1 billion from 2020 to 2024, a CAGR of 10 percent, on increasing demand for surveillance and security applications and government initiatives, a report from Infiniti Research Limited forecasts.

The 120-page ‘Global Biometrics Market 2020-2024’ report considers the market by end-user, with various end-user industries contributing to market growth, as well as geography, and authentication type.

The report also offers five forces analysis and an overview of the vendor landscape with analysis of two-dozen technology providers.

The market for face and voice biometrics is expected to leap to $22.7 billion by 2027 from an estimated $7.2 billion in 2020, based on an analysis of the pandemic-influenced market by Global Industry Analysts.

The two biometric modalities are predicted to grow at a 17.8 percent CAGR, between the 18.2 percent CAGR expected for face biometrics and the 17 percent for voice biometrics. Face biometrics revenues will surpass $15 billion during the forecast period, a market nearly twice as big as voice, according to the report.

The U.S. accounts for nearly 30 percent of the market in 2020, at $2.1 billion, though by the end of the forecast period the report indicates China’s face and voice biometrics market will be worth $3.9 billion per year. The 293-page ‘Global Face and Voice Biometrics Industry’ report also provides a short-term recovery analysis by region.

That facial recognition forecast is not far off from another, by Mordor Intelligence, which projects a global market value of $10.9 billion by 2025, after a 17.6 percent CAGR rise from $4.4 billion in 2019.

The 120-page ‘Facial Recognition Market – Growth, Trends, and Forecast (2020-2025)’ attributes the increasing demand primarily to surveillance applications and government investment. Increasing interest in multi-factor authentication will boost facial recognition, and increased availability of specialised hardware is extending applications into retail and banking, according to the report. The healthcare and hospitality sectors are also increasingly interested in implementing face biometrics.

If biometrics regulations do not get in the way, worldwide video surveillance camera revenues will reach $44 billion by 2025 as their use grows beyond simple surveillance, a 13 percent CAGR increase from $23.6 billion in 2019, according to research from IDC.

Smart camera systems and video analytics are driving growth in the market, and in the longer term, the use of video surveillance for law enforcement and physical security is expected to increase, according to the ‘Worldwide Video Surveillance Camera Market Forecast, 2020-2025.’

The report suggests that North America is the top market for consumer video surveillance cameras, just ahead of China, and that consumer cameras such as in home security systems and dashcams make up just under a third of the current total. The restrictions placed on Chinese manufacturers by the U.S. government is expected to open the market to many smaller producers, but not impede overall market growth.

What may slow the market is regulation of advanced analytics and AI applications like facial recognition, according to IDC.

Due to the emerging opportunities related to IoT identity and wearables, the market for digital identity infrastructure and services is forecast by Mind Commerce to reach $42.3 billion by 2025.

The identity of Things (IDoT) and managing enterprise identity and access control are expected to be major growth areas, particularly for the financial services, telecom and IT, insurance government and public sector, and healthcare verticals.

The total number of AI-enabled customer interactions has more than doubled since 2018, according to research from Capgemini, which shows that organizations continue to struggle to increase customer satisfaction. The use of voice-based systems and facial recognition have given AI adoption a shot in the arm, the consultancy claims.

Capgemini found that 54 percent of people reported daily AI-enabled interactions with organizations, compared to 21 percent in 2018.

The automotive and public sectors stand out, with 64 percent and 62 percent adoption, respectively. The increasing prevalence of voice assistants and in-car voice interfaces will continue to boost AI interaction adoption.

AI interactions are considered trustworthy by 46 percent, a major improvement over 30 percent in 2018, and the percentage of people saying they do not trust AI systems with their personal data has declined from 49 percent two years ago to 36 percent. Customer satisfaction has decreased even as use of the systems has increased, from 69 percent to 57 percent. People want their interactions to be more human-like, and context-aware AI is the key to improving satisfaction, according to the report.

Despite supply chain issues due to COVID-19 hampering market growth in the present, the market for dual interface smart cards is predicted by Fact.MR to grow by 80 percent by 2030.

The 6 percent CAGR forecast by the ‘Dual Interface Smart Card Market’ report suggests a a market opportunity of $8 billion by the end of 2030. Cards with dynamic application-based operating systems are expected to surge in demand on advances in smartphone payment and backbone infrastructure, making up two-thirds of the market, according to Fact.MR.

Microprocessor-based cards are also growing in popularity for e-commerce and the telecom industry. Emerging markets like India, China and Brazil are expected to see major increases in the adoption of dual interface cards, but even in North America, the market is expected to grow at a 6.5 percent CAGR.