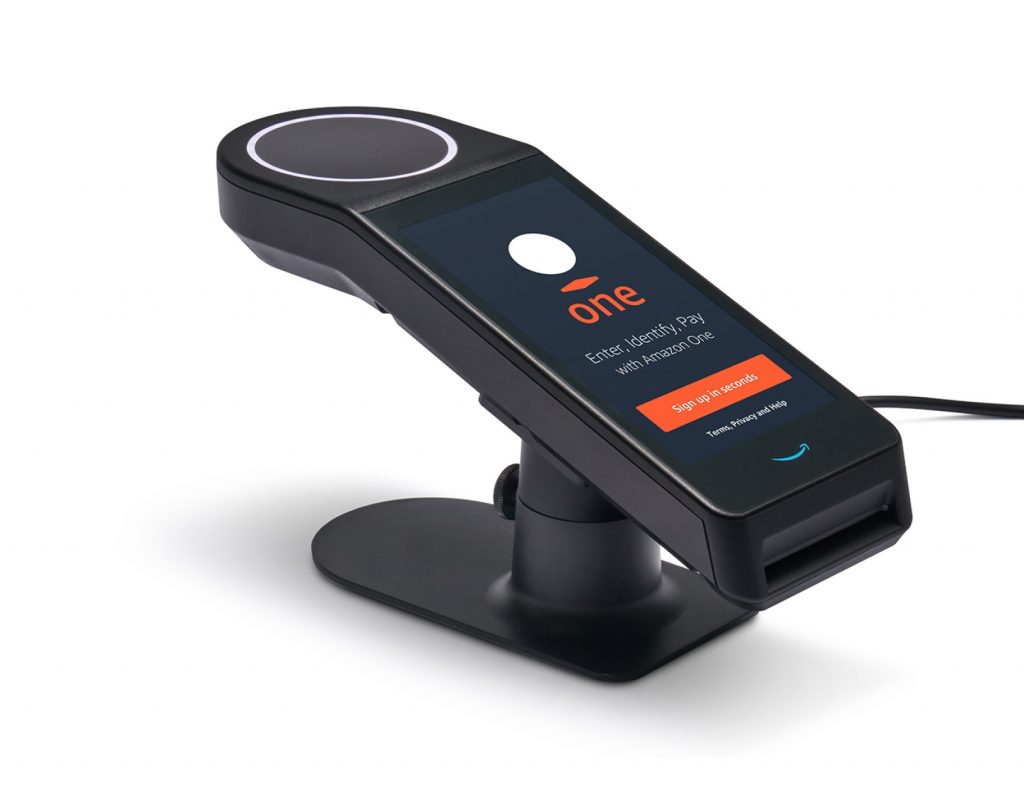 Amazon is launching its palmprint biometrics for contactless payments, access control and more, according to a company blog post, under the name Amazon One.

The company was reported early in 2020 to be considering palm biometrics for in-store payments, and a patent filing from late-2019 describes the use of palm prints and veins for biometric authentication.

In the blog post by Amazon Vice President Physical Retail & Technology Dilip Kumar, Amazon One is described as fast and easy to sign up for, and accessing a loyalty card is suggested as an application for the technology. It will be rolled out initially at the entrance of some Amazon Go stores, though it will be deployed at check-out counters or traditional points-of-sale in most retail settings.

The scanners have been deployed to two Amazon Go stores in Seattle, and the company says customers can sign up in less than a minute by inserting a credit card and following prompts to enroll their palm biometrics. Once enrolled, holding the palm over the scanner for about a second grants the customer access to the store.

The company also plans to roll out Amazon One to other retailers, stadiums and office buildings.

In an FAQ accompanying the blog post, Amazon says the development of the palm biometric system began with user experience, though its explanation of the choice of modality is a little less clear.

The company claims “palm recognition is considered more private than some biometric alternatives because you can’t determine a person’s identity by looking at an image of their palm,” presumably drawing a contrast with facial recognition. Amazon also points out that palm recognition requires an intentional gesture, and is touch-free.

Customers can sign up for Amazon One without an Amazon account, and can request the deletion of their biometric data if they decide to no longer use the system after signing up. Amazon also says all biometric data is encrypted and stored in “a highly secure area we custom-built in the cloud where we create your palm signature.”

The company also says it is in active talks with several potential third-party customers.

Palm biometrics are clearly growing in popularity, with the Jeju International Airport in South Korea a recent example of a large facility adopting the technology for a range of processes.