Innovatrics has placed near the top of the leaderboard for biometric accuracy in NIST’ Face Recognition Vendor Test (FRVT), both among global ABIS providers and European competitors.

The data comes from the round of NIST FRVT submissions from August 2020 and sees Innovatrics ranked 13th globally on the overall leaderboard.

The Innovatrics algorithm has scored high marks in both accuracy and speed, according to the announcement, important indicators for large-scale Automated Biometric Identification System applications like document verification, border control, and criminal investigation.

“This round of FRVT testing was focused on 1:1 identification, and our most recent algorithm has bested all the other participating ABIS providers,” commented Matus Kapusta, Head of Solutions at Innovatrics. 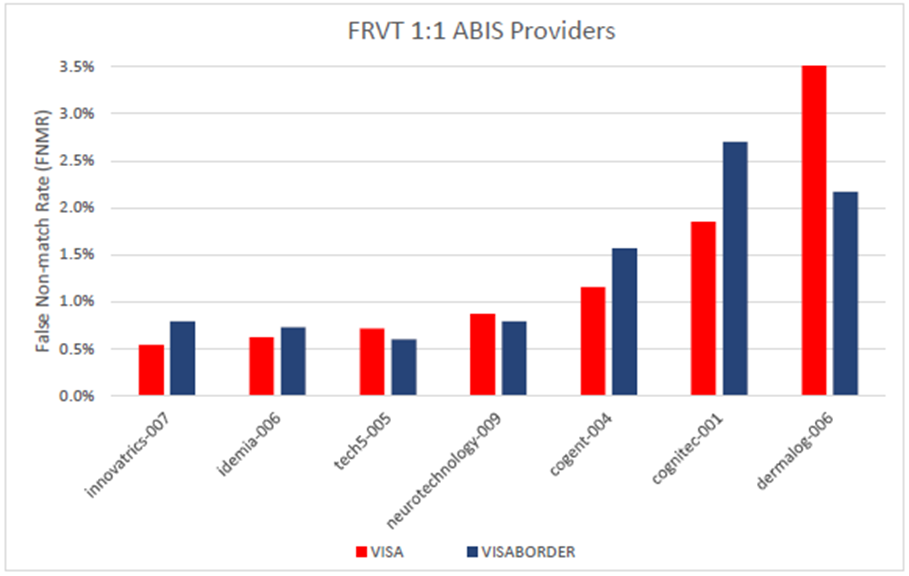 Innovatrics has previously scored high ranks on the NIST FRVT leaderboard. Last April, the company’s algorithm was among the leaders in a variety of categories. The company also recently added mask detection to its face biometrics platform.

The latest version of the FRVT 1:N Identification report has been updated to reflect the update to CentOS 8.2 as the new evaluation operating system.

In other words, following the update, algorithms submitted to any track of FRVT will have to be compiled for CentOS 8.2.